Some public health officials fear that the pause on the Johnson & Johnson vaccine may fuel vaccine hesitancy and expose more Americans to a bigger danger: the coronavirus. 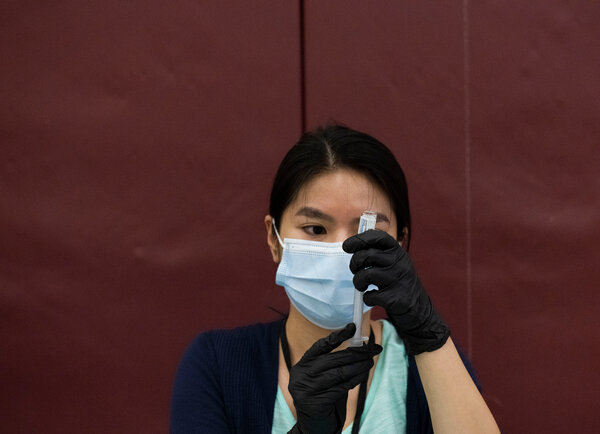 To federal health officials, asking states on Tuesday to suspend use of the Johnson & Johnson coronavirus vaccine until they can investigate six extremely rare but troubling cases of blood clots was an obvious and perhaps unavoidable move.

But where scientists saw prudence, public health officials saw a delicate trade-off: The blood clotting so far appears to affect just one out of every million people injected with the vaccine, and it is not yet clear if the vaccine is the cause. If highlighting the clotting heightens vaccine hesitancy and bolsters conspiracy theorists, the “pause” in the end could ultimately sicken — and even kill — more people than it saves.

With coronavirus cases spiking in states like Michigan and Minnesota, and worrisome new variants on the horizon, health officials know they are in a race between the virus and the vaccine — and can ill afford any setbacks.

“We are concerned about heightened reservations about the J&J vaccine, but in addition to that, those reservations could spill over into public concerns about other vaccines,” said Dr. Paul Simon, the chief science officer for the Los Angeles County Department of Public Health.

Officials at the Food and Drug Administration and the Centers for Disease Control and Prevention said Tuesday that the break in vaccinations could last only a matter of days as they sort out what happened, determine whether to place limits on the use of the vaccine and examine ways to treat clotting should it occur.

Around the country, people who have taken the one-dose Johnson & Johnson vaccine — and even those who have not — were left to weigh their risks, especially women ages 18 to 48, who accounted for all six cases of blood clots.