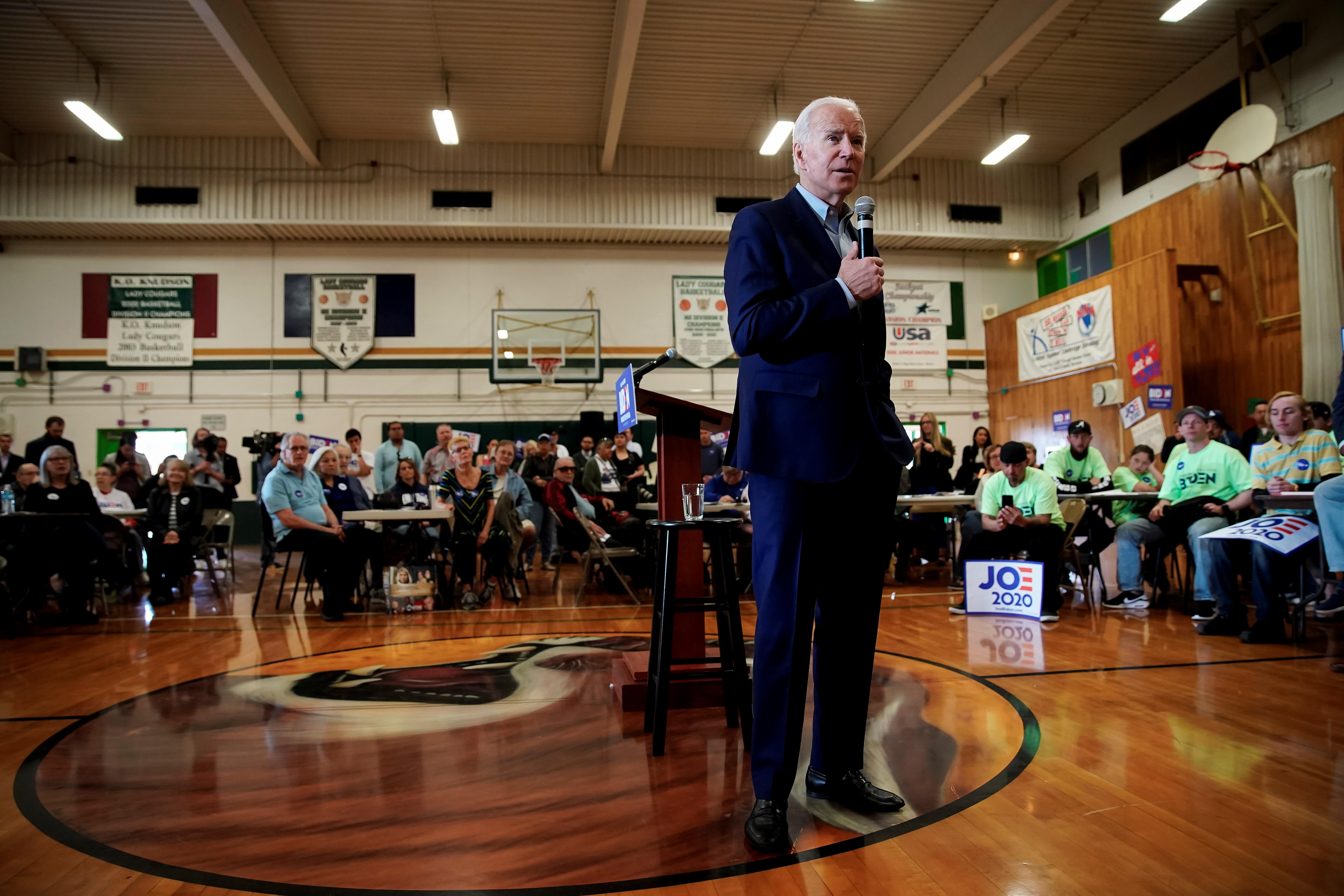 WASHINGTON (Reuters) – Former U.S. Vice President Joe Biden on Saturday criticized the conduct of online supporters of Senator Bernie Sanders, saying his rival for the Democratic nomination for president has “some accountability.”

Biden, in an interview with NBC’s “Meet the Press,” waded into a spat between Sanders supporters and leaders of The Culinary Union, a powerful labor group in Nevada that has been critical of the senator’s healthcare proposals. Nevada holds the next nominating contest in the Democratic presidential primary.

“He may not be responsible for it but he has some accountability,” Biden said in the interview that will air on Sunday morning. “If any of my supporters did that, I’d disown them. Flat disown them. The stuff that was said online, the way they threatened these two women who are leaders in that Culinary Union. It is outrageous.”

Biden has watched his standing in opinion polls slide as Sanders has risen to secure front-runner status.

The Culinary Workers Union said supporters of Sanders “viciously” attacked the organization via Twitter, text, voicemail and direct messaging after the union criticized the senator’s universal healthcare plan on Tuesday.

Sanders, in turn, called for an end to all online harassment, but stopped short of acknowledging that the attacks were coming from his supporters.

Instead, Sanders suggested in an interview on “PBS NewsHour” on Thursday that the attacks might be coming from people posing as his supporters.

“And I’m not so sure, to be honest with you, that they are necessarily part of our movement,” Sanders said.