Britain left the EU at the end of last year following the conclusion of a near year-long transition period that saw a post-Brexit trade deal agreed at the eleventh hour. Negotiations on financial services were not part of talks between London and Brussels on a trade agreement, and was continuing to cause further market access friction between the two sides. Last week it was announced Britain and the EU had agreed a “Memorandum of Understanding” (MoU) that will set the conditions for how regulators from the EU and Britain share information.

This is similar to the agreement the EU has with the US to arrange regular, informal and non-binding meetings of financial regulators in order to discuss new rules and attempt to work through any disagreements.

But Brussels has warned the MoU will not automatically lead to the UK’s lucrative financial industry being able to sell a wide range of products and services to EU clients again.

Alan Sked, an international history professor at the London School of Economics, has advised Mr Johnson to give up on the negotiations with the EU and focus on broadening Brexit Britain’s horizons throughout the lucrative Asian markets.

He tweeted: “The Government should give up negotiating a financial deal with the EU and concentrate on expanding its influence in Asia. 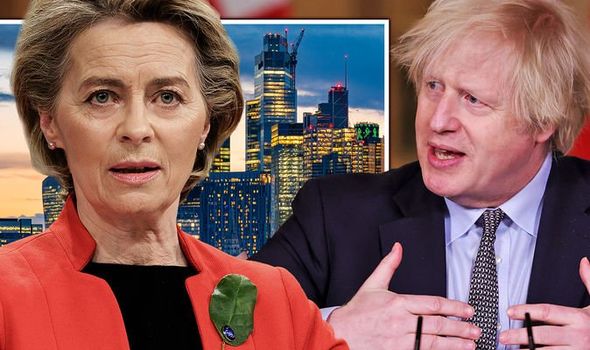 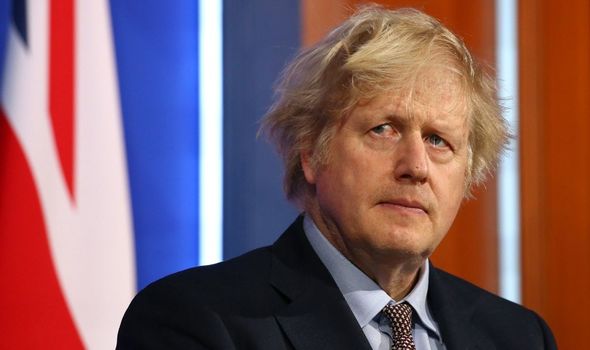 The new row erupting over the MoU is likely to further intensify tensions between the UK and EU, with one City of London official describing the framework as a “talking shop”.

In January, London was dealt a huge blow after it was revealed six billion euros in daily share trading had already disappeared to Amsterdam, along with large volumes of trading in derivatives. 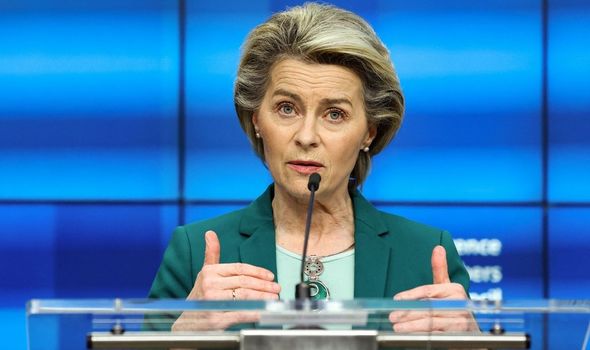 Brussels is also considering forcing the clearing of euro swaps, which is still dominated the London Stock Exchange’s LCH arm in London, to move to the bloc, in what would be another huge blow to Britain’s financial services power.

The EU has so far refused to grant any long-term direct access for financial firms from the UK.

Alan Custis, head of UK equities at Lazard Asset Management, said: “Overall, for investors in UK financial services, a greater degree of cooperation between Europe and the UK can only be seen in a favourable light.” 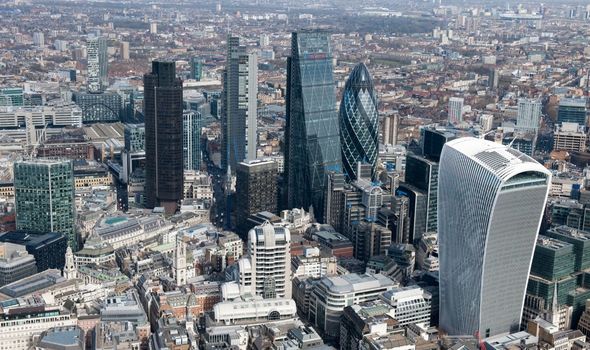 However, he warned: “But it still feels as though the UK needs to continue to plough its own furrow in case there is a change of heart.”

Jonathan Hill, a former EU financial services commissioner, urged Britain should not wait for access or equivalence to be granted, but instead concentrate on building London up to be more appealing to international investors.

Daniel Pinto, chief executive of Stanhope Capital, also said: “Achieving a form of equivalence with the EU is essential but it should not detract us from the real challenge: making London and other financial capitals in Europe more competitive relative to the fast-growing US and Asian markets.”