The EU reportedly believes the economic chaos in Britain could end the deadlock over the Northern Ireland Protocol. Maros Sefcovic, the bloc’s Brexit negotiator, is said to hope the turmoil will push Liz Truss into a compromise in the long-running row to focus on the domestic front.

Mr Sefcovic is due to have his first call with new Foreign Secretary James Cleverly on Friday.

The pair are expected to plan out a roadmap for future negotiations.

A source told the Telegraph: “It’s seen as a precursor for things to come.”

The source added that Mr Cleverly and his EU counterpart could set a deadline of October 28, when new elections have to be held for the Northern Ireland Assembly. 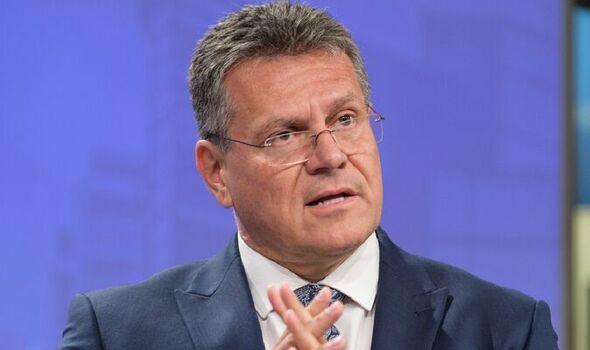 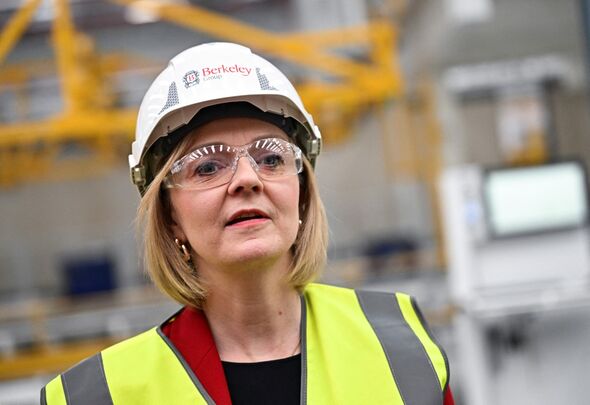 Another source hope the call would be the start of a “new conversation” between the two sides after months of bitter wrangling.

It is understood Mr Sefcovic will tell Mr Cleverly that Brussels would accept a compromise being framed as a British victory if it finally means an end to the dispute.

But the arrangement has been an ongoing source of tensions as it has led to checks on goods moving between Great Britain and Northern Ireland. 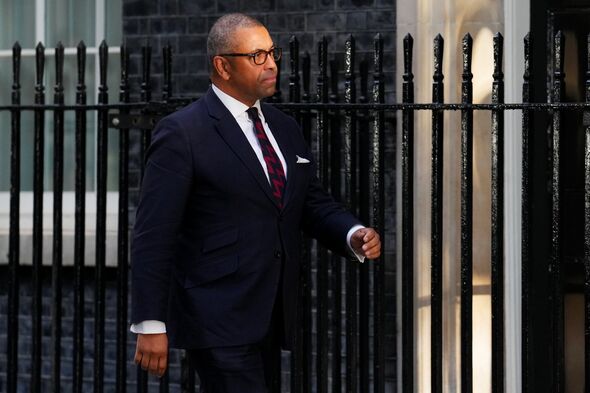 Mr Sefcovic and Ms Truss have both recently expressed a desire to reach a negotiated settlement.

But the Prime Minister has insisted any deal would have to deliver all of the things set out in the Northern Ireland Protocol Bill, which gives ministers powers to override elements of the Protocol.

Speaking earlier this week, M Truss said she would prefer to reach a negotiated settlement with the EU over the post-Brexit trading arrangements for Nothern Ireland.

“So what I want to do is find a way forward and my preference is a negotiated solution with the EU that protects that north-south relationship, but also protects the east-west relationship, and that is absolutely core to the Belfast Good Friday Agreement”.

Asked whether it was just a matter of time before a referendum on Irish reunification is held, after census figures revealed Catholics outnumber Protestants in Northern Ireland for the first time, Ms Truss said: “No, I don’t.”

If a new executive in Stormont is not formed by October 28 a new election is Belfast is due to be called.

Devolution in the region has been in flux since February when the DUP withdrew its first minister from the governing executive in protest at the economic border created in the Irish Sea by the protocol.

It comes as the pound plunged to a record low against the dollar on Monday.

In an extraordinary statement yesterday, the International Monetary Fund (IMF) urged Chancellor Kwasi Kwarteng to change course after his mini-budget spooked the markets with its package of tax cuts and increased borrowing.