Vaccines: Europe is ‘so far behind UK’ says professor

EU vaccines tsar Thierry Breton said the Anglo-Swedish firm had confirmed it would send six million doses to the bloc every month from its Halix plant in Leiden. The factory has been at the centre of the cross-Channel jabs war because the UK has a contractual claim to for it to fulfil orders of the Oxford-produced jab for our domestic vaccination drive. During tense talks over EU-UK vaccine cooperation, Downing Street offered to share production capacity at the facility with Brussels.

But Mr Breton said AstraZeneca’s CEO Pascal Soriot had acknowledged all but one batch made at the plant will be sent to EU member states.

“The CEO of AstraZeneca told us that in fact since February all the production of Halix has been planned to be delivered to Europe except, he said, one batch, to be very precise.”

Brussels is furious that AstraZeneca has cut its delivery forecasts for doses being sent to EU nations. 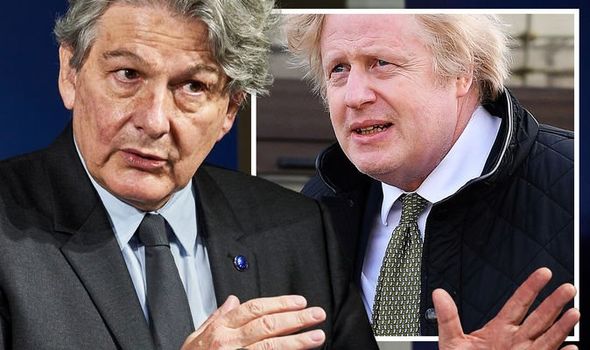 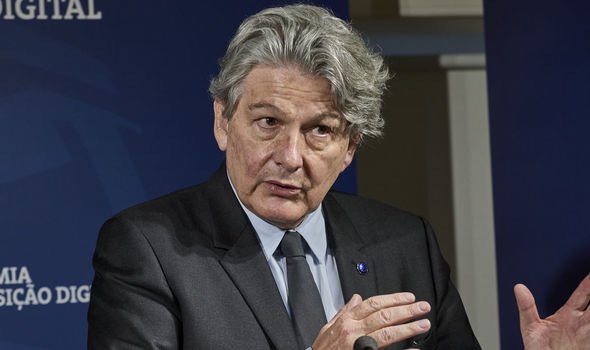 As a result, Mr Breton, the head of the bloc’s vaccine task force, recently threatened to use the EU’s export controls to prevent shipments of the Oxford jab overseas.

The Frenchman last week said “zero” doses made in the EU would be sanctioned for delivery to Britain until AstraZeneca fulfilled its contract with the bloc.

“They have committed 70 million in quarter two and I know that 70 million is AstraZeneca’s production, more or less, of Halix and Seneffe [a plant in Belgium]. 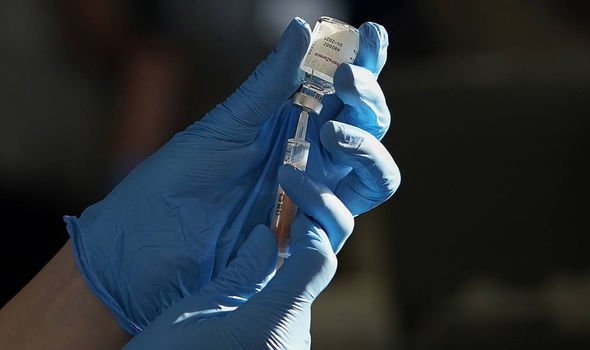 “This is why I think that they will deliver the commitment, but I just remind you that at the beginning the contract was 180 million, so they reduced drastically what they could do.”

A UK Government spokesman said: “Producing vaccines is an international endeavour and the UK is proud to be playing a leading role in the global effort to develop and distribute the Coronavirus vaccine.

“We are continuing to make exceptional progress through the roll out of our vaccination programme and remain confident in our supplies.

“The details of any commercial vaccine supply agreements between national governments and AstraZeneca are commercially sensitive and a matter for those two parties.” 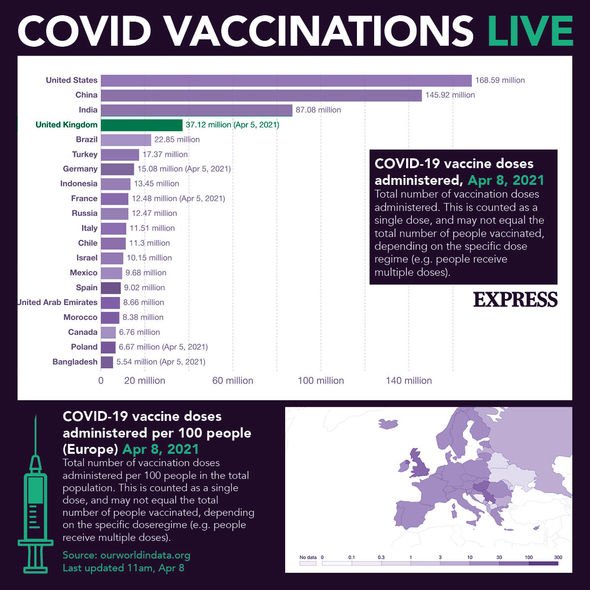 Until last week, Sir Tim Barrow, the UK’s former ambassador to the EU, had been in Brussels holding talks with Commission President Ursula von der Leyen’s top aides over the Dutch-made jabs.

The stockpile at the Halix plant were seen in Whitehall as a key in making up for a production shortfall in the UK and concerns over deliveries from India.

Oxford scientists have been in a commercial relationship with the Halix plant, to produce the vaccine, since April 2020.

It also emerged that the Dutch government had turned down an offer to invest in the factory to help boost its production capacities.

Prime Minister Mark Rutte rejected the approach by Oxford experts after they warned there would likely be supply issues in the future.

France being 'too cautious' on vaccines says Hunt

But Mr Breton dismissed this had any impact on what party should receive doses from the factory.

He said: “In the discussion I had at the beginning with the CEO of AstraZeneca, I understood, he told me, that the ramp up of Halix has been financed by the British Government.

“And it happens that when I went to visit the site and I asked how much they received from the British Government, the chairman and the cEO were they and they told me ‘zero’.

The EU-UK talks are set to continue with no end in sight yet.

Mr Breton claimed the EU’s rollout would have been more successful that Britain’s vaccination drive if it wasn’t for supply issues.

So far, EU nations have only managed to administer 19 jabs per 100 people across the bloc.

In contrast, Britain has delivered almost 40 million doses – at a rate of 55 per 100 people.

Mr Breton said: “If AstraZeneca had delivered the way it should have delivered to us, like I understand it did in the UK, we will have been exactly in the same situation, even really better, than the UK today, which did a great organisation through the NHS to vaccinate people.”