Angela Merkel insisted Germany hopes to find a solution despite not knowing whether the next EU budget will work. The German Chancellor went on to say Germany puts in more money into the budget than it gets back. Ms Merkel said: “Germany is here with the determination to find a solution, we can’t yet say whether this will work but I hope that we will at least make progress.

“It would be good if we could come to an agreement, because the clarity and ability to act and to decide on the finances of the next years would also help to work out all the programmes that are then necessary.

“But it is a complicated task and big differences will likely have to be overcome.

“We in Germany are not yet happy with the current state of negotiations because we believe that among the net payers the balance hasn’t yet been fully worked out.

“Of course it is clear that we pay in more money for the convergence than we get back, but this has to be well balanced among the net payers. 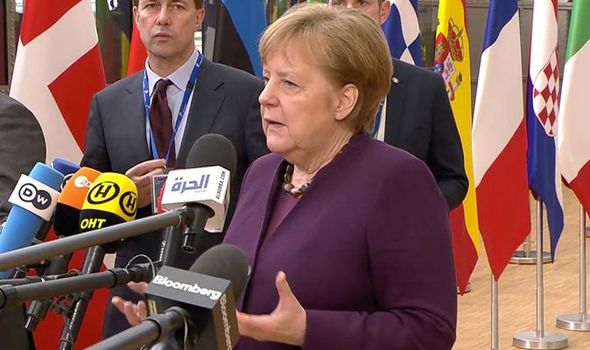 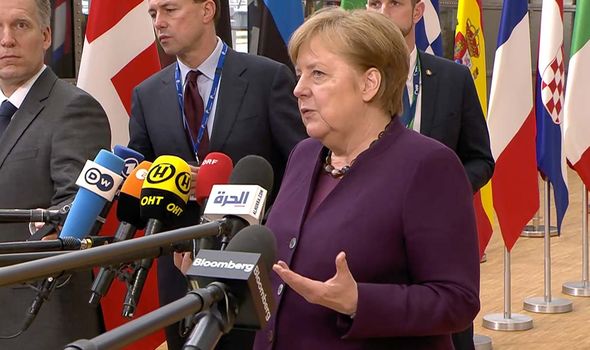 “Otherwise we are very interested in continuing to receive funds for our new federal states because the development between East and West in Germany is not yet balanced even though we already have 30 years of German unity.

“We want it to be a modern agenda in which the topics of research and development play a big role, but also the new topics of which have been talked about in the past 7 years, like migration and external border protection, development aid, are very important.

“All in all a complicated task. On one hand the justified expectations, for example by farmers in Europe, it is the most communitised politics, to account for this, to well equip the cohesion fund, but to also focus on modernity.

“We will try this and Germany will be very active in trying to find a solution.” 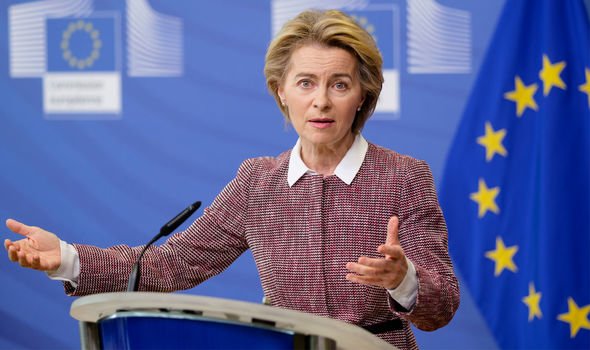 It comes as European Commission President Ursula von der Leyen welcomed Charles Michel’s proposals for the next EU budget but admitted talks with EU member states leaders will be “long and tough”.

Speaking to reporters as she arrived in Brussels for the Special EU Summit, Ursula von der Leyen claimed the next three days of talks with EU member states will be “long and tough”.

She welcomed the European Council President’s proposals for the next EU budget as a “good starting point” and stressed she will fight for a “modern budget” that will see at least 25 percent of the funds invested in her Green Deal.

She said: “Today we’re going to negotiate the budget, it’s going to be long, long and tough. 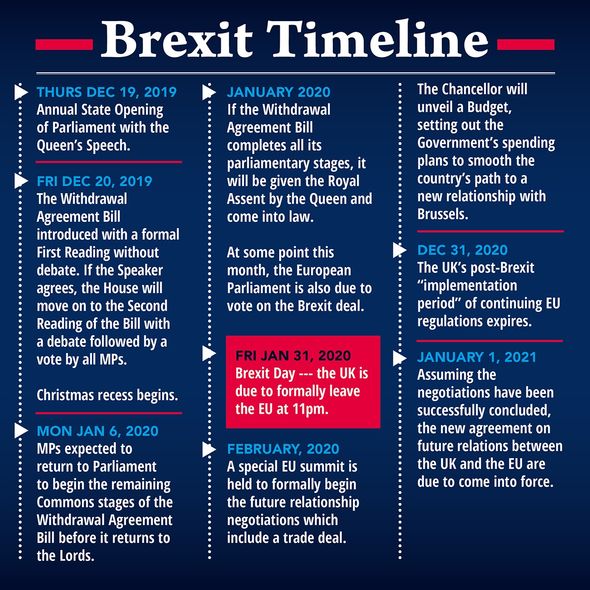 I welcome the proposal of the President of the Council for the next European budget because it puts a lot of emphasis on the European Green Deal and making Europe fit for the digital age.

“For us, it’s important that at least 25 percent of the overall budget will be mainstreamed on projects and dedicated to projects that are within the European Green Deal.

EU Council members will be in talks for the next three days to work out the first-ever EU budget post-Brexit.

Monika Pallenberg contributed to this report