European Law professor Francesco Rizzuto warned that the EU could be forced to react to Britain if the grace period goes on for too long. The UK unilaterally decided to increase the grace period to allow easier trade between Northern Ireland and the rest of the UK. However, by doing this the EU has insisted the UK has breached the Brexit deal and threatened legal action.

While speaking on RT with Bill Dod, Professor Rizzuto argued the EU could implement tough checks at the Northern Ireland and Ireland border.

“There is talk of slapping sanctions on the UK?”

Mr Rizzuto replied: “Well, I suppose it could end up in that sort of situation but then it would be pretty pointless. 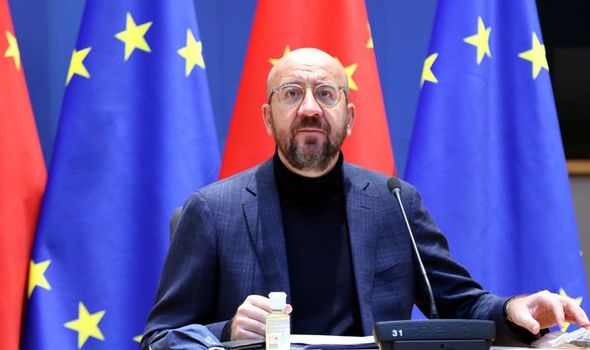 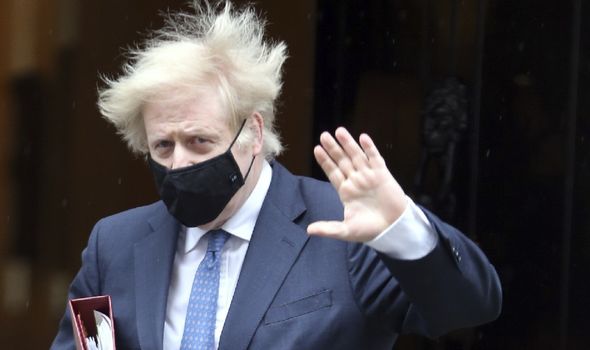 “I think the UK is playing a game of poker here.

“This is because quite clearly if the UK unilaterally continues with this extension, of course, the UK is arguing circumstances but if it pushes for this six months, eight months or 10 months it will force the EU to do something at the border.

“This will be done to stop what the EU is afraid of, to stop goods coming into the EU by the backdoor.”

Former Brexit negotiator Lord David Frost on Wednesday insisted the UK Government was committed to defending Britain against the EU. 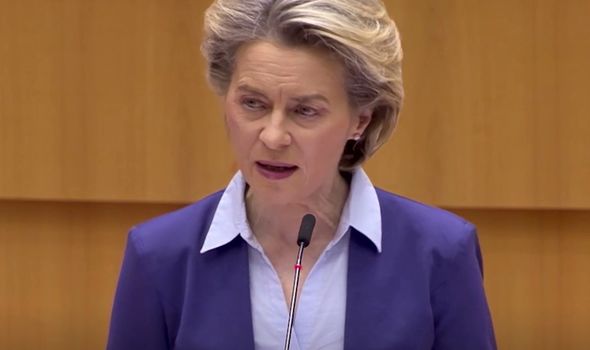 Lord Frost said: “These measures are lawful and consistent with the progressive and good faith interpretation of the Northern Ireland Protocol.”

Lord Frost was supported by Lord Caine who insisted the EU was behaving hysterically.

He said: “Does my noble friend agree that the somewhat hysterical reaction of the EU demonstrates yet again their one-sided inability to recognise legitimate unionist concerns and to see the Belfast agreement through?

“This is an agreement that their intransigence now threatens to undermine. 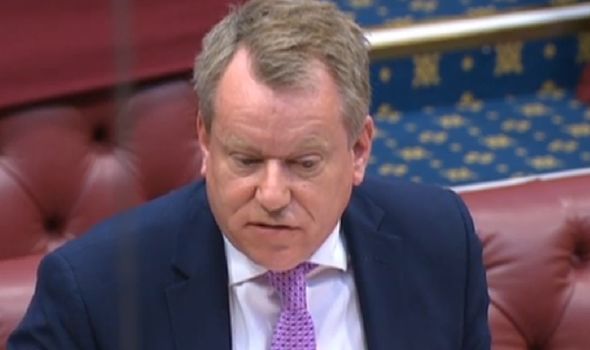 “Can the noble friend assure me he will robustly defend any legal action brought by the EU and that this unionist Government will take whatever measures are necessary to guarantee Northern Ireland’s place as an integral part of the UK internal market?”

Lord Frost replied: “We will, of course, consider very carefully any legal process launched by the EU. We will defend our position vigorously.

“The protocol is explicit in respecting the territorial integrity of the UK and we will ensure that is sustained.”