The European Commission dismissed Mr Kurz, who was left to deal with his government’s shortfalls on vaccine orders.

The Slovakian leader argued the Commission’s pro-rata distribution mechanism no longer served the best interests of member states in their fight against Covid.

He said: “Pro-rata was good for the beginning, but with this collapse of the promises from suppliers, I think it’s important to be sensitive and switch more to the solidarity aspect. 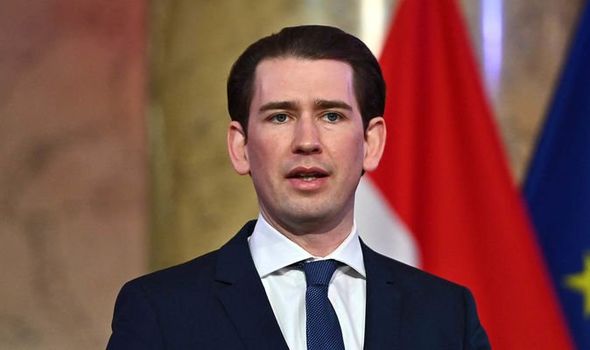 “If we look at community immunity, if you have a 40 percent difference between the level of vaccination in different EU member states, that doesn’t make sense at all.”

His call comes after the European Council decided to split a part of a batch of 10m vaccines from Pfizer/BionTech between five EU countries that appeared to need it the most, including Slovakia.

The rest of the EU member states received 7 million doses distributed on a pro-rata basis.

And the remaining 140,000 doses were given to the Czech Republic as the country ordered enough pro-rata Pfizer vaccines but not enough of the other jabs available.

Bulgaria has inoculated just 9.3 people per 100 residents as of Wednesday, barely a third of the EU average.

Hungary, by contrast, has given 48.3 jabs per 100 people, by supplementing EU supplies with Chinese and Russian vaccines. 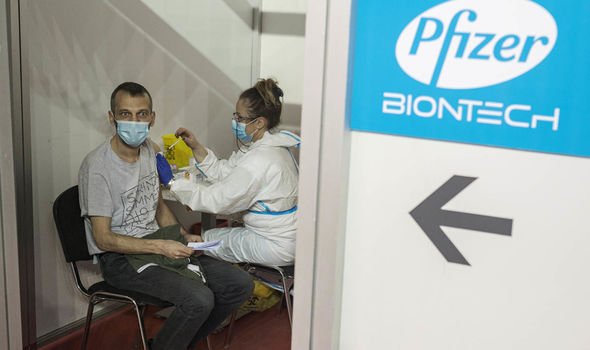 Despite a slower vaccination rollout, the Slovakian Government announced yesterday restaurant terraces and gyms can be open from next Monday in a further step of easing coronavirus restrictions.

The country of 5.5 million has slowed the spread of COVID-19 infections in recent weeks amid tough restrictions after the latest wave of the pandemic hit it and central European neighbours hard in the past months.

The latest easing adds to the re-opening of shops, hotels, hair salons, churches, libraries, pools and zoos that already happened this week.

But capacity limits will remain, and customers or visitors have to show a negative COVID-19 test in most cases.

As Europe works through supply problems, Slovakia is looking to ramp up its vaccination programme. Daily COVID-19 cases in the country have dropped to a seven-day median of 642, after reaching around 3,000 in December and January. Hospitalisations, too, have fallen.

But Slovakia, like others in central Europe, has shown one of the highest per-capita death tolls during the pandemic, according to Our World in Data, with later waves of the pandemic being the most lethal.

The region had made it through the initial wave of the pandemic a year ago with relatively few cases and deaths compared with western neighbours.