Macron ‘made a mistake’ on AstraZeneca vaccine says Genetet

In a fiery intervention, Chancellor Sebastian Kurz claimed Covid vaccines are not being distributed evenly within the EU. He called for greater transparency because some countries had been able to get ahead after receiving more doses than they were due under the bloc’s pro-rata system. Mr Kurz has held talks with his counterparts from Greece, Belgium, Poland, Slovenia and the Czech Republic to compare the vaccine delivery figures.

Speaking at a news conference in Vienna, he claimed Malta had been sent three-times more jabs than Bulgaria.

The Netherlands was also shipped more than Germany, the Austrian leader added.

Under the EU’s joint buy-up of vaccines, eurocrats were meant to distribute Brussels-purchased jabs to countries on a pro-rata basis depending on the size of their population. 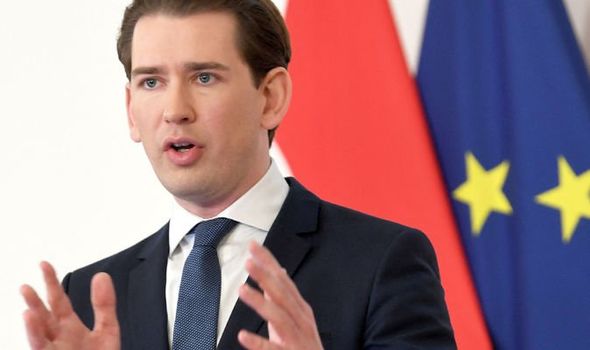 Mr Kurs suggested there has been a “bazaar” for life-saving vaccines within the EU, with secretive side agreements reached between a “steering board” and drugs giants.

He fumed: “That is not what heads of state and government have agreed.

“In this body there was a bazaar for the vaccines.”

Mr Kurz warned that if the trend is allowed to continue some countries would have their populations vaccinated by the end of May.

Others, such as Bulgaria and Latvia, would only manage this “at the end of the summer or in autumn” with their current delivery schedules, he added.

The Austrian leader said his country was performing well with its mass rollout of Covid jabs.