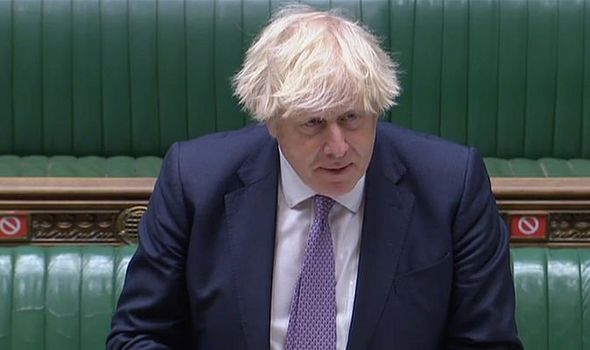 He said the decision was necessary because of the monumental increase in Government borrowing needed due to the pandemic but would return “when the fiscal situation allows”.

The announcement sparked outrage among Tory backbenchers at the time who demanded a vote on the decrease.

The commitment to 0.7 percent is written in law and was restated in the 2019 Conservative manifesto, with MPs arguing the drop in spending was therefore unlawful.

The 0.5 percent level means £10billion will be spent on aid this year, about £4billion less than if the original commitment had been kept.

The Government sprung today’s vote on MPs yesterday afternoon, giving space to debate a motion on the lower spending.

It set out the circumstances under which ministers would return to 0.7 percent.

The funding would only be returned to the promised level if the Office for Budget Responsibility believes the UK is not borrowing to finance day-to-day spending and underlying debt is falling.

The last time such conditions were met was in 2001.

He said: “It’s quite possible these conditions will never be met and you don’t need to look in the crystal ball, you can read the book – it is indisputably the case that there has only been one occasion in the last two decades, in 2001, when these conditions would have been met.”