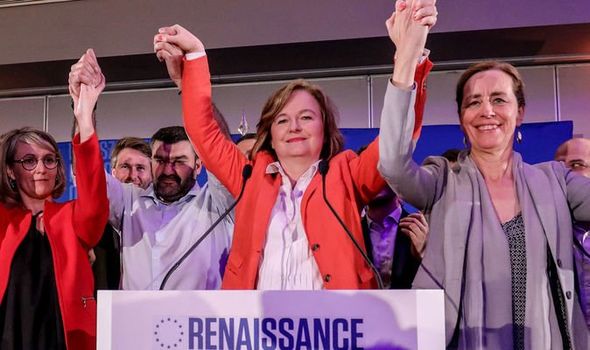 Prime Minister Boris Johnson revived the idea of no deal with the EU yesterday as the UK laid out its red lines for upcoming trade talks with Brussels. In its mandate for negotiations, the Government rebuffed the EU’s demands for common trading standards and to maintain existing fishing rights.

It said that while it hoped to strike a free trade deal with Brussels, it would walk away without one if a “broad outline” of an agreement has not emerged by June.

Reacting to the demands, Mme Loiseau tweeted in English: “My take on post-Brexit UK strategy: There is a paradox in asking for a prompt agreement and starting the negotiation so far away from a possible agreement.

“Drivers know that driving a long way at high speed increases the risk of a car crash.”

If the UK makes good on its threat, seamless trading agreements with the bloc would end once the post-Brexit transition period expires on December 31. 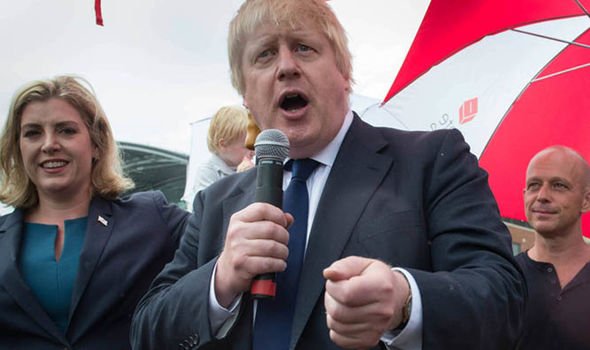 Mr Johnson wants a free trade agreement similar to the one the EU has with Canada, set alongside separate agreements laying out cooperation on issues such as fishing, energy, aviation and law enforcement.

“We want the best possible trading relationship with the EU, but in a pursuit of a deal, we will not trade away our sovereignty,” Michael Gove told MPs.

But Brussels says a free trade deal like the one it has with Canada is not possible.

The bloc argues Britain’s geographical proximity and existing close ties make it a different case because it could gain an uncompetitive advantage by relaxing costly environmental and labour laws.

It fears that a big, economically powerful neighbour like London could adopt dumping practices and quickly become a “Singapore on Thames” that would undercut the bloc’s single market.

“The UK says that it wants a Canada-style deal. But the problem with that is that the UK is not Canada,” chief Brexit negotiator Michel Barnier said on Wednesday.

“We cannot take the risk that the UK becomes a kind of assembly hub for goods from all over the world, allowing them to enter the single market as ‘British goods’,” he said.

Brussels insists Britain must align itself with EU standards if it wants to continue trading freely within the bloc.

However, the UK says this would hamper its ability to clinch independent trade deals with other countries, notably the United States.

Another hot-button issue is fishing rights.

While regaining control of the UK’s rich fishing waters was a totem for Brexiteers; access to Britain’s fishing grounds is vital for many EU countries.

Brussels wants to maintain the right of its fleets to fish in UK waters and has warned that failure to agree on this could jeopardise trade talks.

But Mr Gove said: “We will take back control of our waters as an independent coastal state and we will not link access to our waters to access to EU markets.”

Britain proposes instead that fishing opportunities be negotiated annually, based on stock levels.

Both sides have made clear they are now preparing for all possible scenarios.

Should they fail to seal a trade deal or agree to extend the transition period, they would default to basic trading rules under the World Trade Organisation (WTO), which would entail customs tariffs, quotas and cumbersome paperwork.