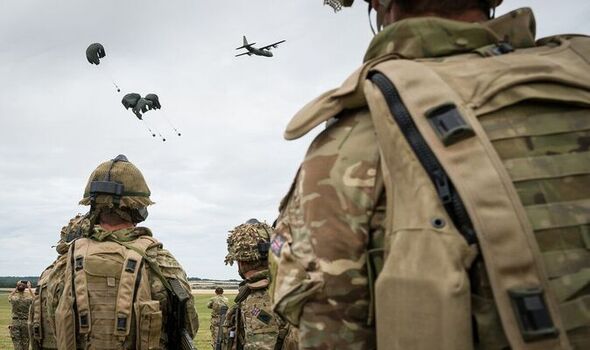 The daily amount allocated to feed soldiers at sea, on exercise or on operations can be as low as £3.63. This contrasts with a £3,559,742 contract awarded to provide straw, forage and fresh produce for around 540 military horses for three years – the equivalent of approximately £6 a day.

Shadow defence minister Chris Evans said: “It is worrying how little is being spent on food for our soldiers. They are the best and they deserve the best.

“Food is essential for morale. An army can’t march on an empty stomach.

“It does seem strange if more money is spent per head feeding horses than soldiers. Heroic men and women who have answered the call of duty should not have cut-price meals.”

The most recent armed forces pay review report notes that “UK armed forces had the lowest spend per day on food for service personnel” when compared with Australia, Canada, New Zealand, and the United States.

Tobias Ellwood, chairman of the defence select committee, stressed that inflation pressures must not result in the quality of food worsening.

He said: “Operational effectiveness hinges not just weapons, equipment and training but also on how well personnel are fed. Their diet will directly impact on their strength, focus and morale.

“The MoD must ensure inflationary pressures do not result in a reduction in meals and rations provided to our troops when on operations.”

Former armed forces minister Mark Francois said that if the MoD “stopped wasting billions of pounds” on projects such as the Ajax armoured vehicle – which was due to be operational in 2017 but has been hit with setbacks – then it could “spend more on the welfare of our troops and their loyal families instead”.

A Ministry of Defence spokesman said: “It is misleading to compare two completely different requirements coming from separate budgets. We ensure our people receive balanced and nutritious meals and take steps to protect that, such as freezing daily food costs.”

“Separately, as you would expect, we make sure service animals are fit for military duty.”