Former President Donald J. Trump has portrayed the search of his residence as baseless and political. Now, the attorney general wants to make the search warrant public. 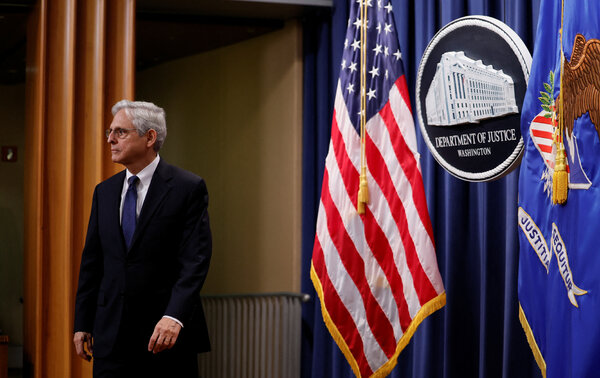 Ever since the F.B.I. executed a search warrant at Mr. Trump’s Florida residence on Monday, Mr. Trump and his supporters have been portraying the search as baseless and politically motivated.

The investigation centers on whether Mr. Trump improperly took sensitive materials with him from the White House and then failed to return all of them — including classified documents — when the National Archives and the Justice Department demanded that he do so.

But Mr. Trump has chosen to keep secret the warrant and the list of what the F.B.I. took from his Mar-a-Lago club and estate — documents that very likely lay out what law or laws investigators believe may have been broken, what evidence supporting that belief they thought they would find there and what they seized.

Mr. Garland and the investigators working on the case had made no public comments after the search, which allowed Mr. Trump and his supporters to make ever more elaborate claims of official wrongdoing and abuse of power.

More Coverage of the F.B.I. Search of Trump’s Home

But on Thursday, Mr. Garland broke his silence.

Speaking from a podium at the Justice Department, the attorney general said he had personally approved the request for a search warrant. He denounced the “unfounded attacks on the professionalism” and integrity of the F.B.I. and prosecutors.

And — most importantly — he announced that the Justice Department had filed a motion to unseal the warrant used in the search, as well as the inventory of what the F.B.I. took away, so that the government could make them public.

In so doing, the attorney general alluded to the fact that Mr. Trump was free to release the documents himself, but has chosen not to do so. “Copies of both the warrant and the F.B.I. property receipt were provided on the day of the search to the former president’s counsel, who was on site during the search,” Mr. Garland said.

Moving quickly, a federal magistrate judge — Bruce E. Reinhart, who has also come under attack by Trump supporters — set a deadline of 3 p.m. on Friday for the department to relay any objection from Mr. Trump about unsealing the documents. In his brief remarks, Mr. Garland said he decided to make a public statement because Mr. Trump had confirmed the action and because of the “substantial public interest in this matter.”

If Mr. Trump acquiesces, the public will have more information about the basis for the search — information that could rebut the former president’s claims that the Justice Department acted without cause. If Mr. Trump fights the disclosure, however, he risks looking as though he has something to hide.