German MEP Martin Schirdewan furiously hit out at the European Union over its past errors which saw an increase in austerity during an economic crisis. Mr Schirdewan explained Europe hasn’t forgotten that time as he urged Brussels to ensure that work in secure for Europeans. It comes as the European Union works to helps countries following the coronavirus pandemic.

Speaking in the EU Parliament, Mr Schirdewan said: “This Council’s presidency represents a second opportunity for you.

“Europe has not forgotten that your answer to the economic crisis was austerity at the time.

“The south of Europe paid the most bitter price for this.

“Youth unemployment, privatisation, the dismantling of public services, lower wages, lower pensions and this very policy at the time almost left the EU in tatters and shreds. 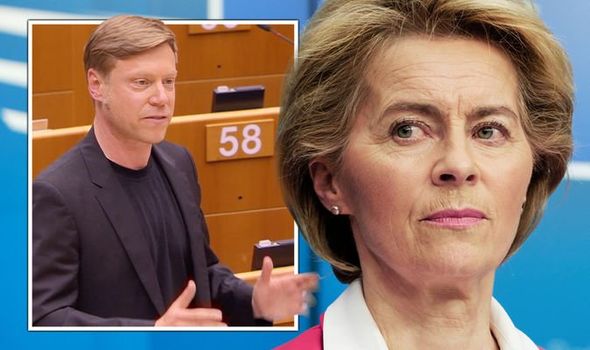 “I very much hope that your understanding of the errors of the past will allow you to correct those in the future and that we can move from austerity to solidarity now.

“Madame Chancellor your record is being measured on your ability to tackle this economic and social crisis.

“But no one has mentioned the workers. The care workers, medical staff, educators, people working in shops, they’re not being mentioned in this debate at all.

“Our political task surely must be to ensure we work against insecure forms of work and poverty.

“Europeans are fed up of this squabbling between memeber states and we need an agreement in time for this summer on the recovery fund and the EU budget.”

German Chancellor Angela Merkel on Wednesday laid out a vision of greater unity and democracy to ensure the European Union emerges stronger from the coronavirus crisis, which she called its biggest challenge.

Merkel told the European Parliament in Brussels that her priorities during Germany’s six-month presidency of the European Council, which began on July 1, include shoring up fundamental rights that the health emergency has threatened.

She also underlined the need for solidarity across the 27-nation bloc, which has been tested in recent months as governments sometimes acted alone to secure medical kit and close their borders. 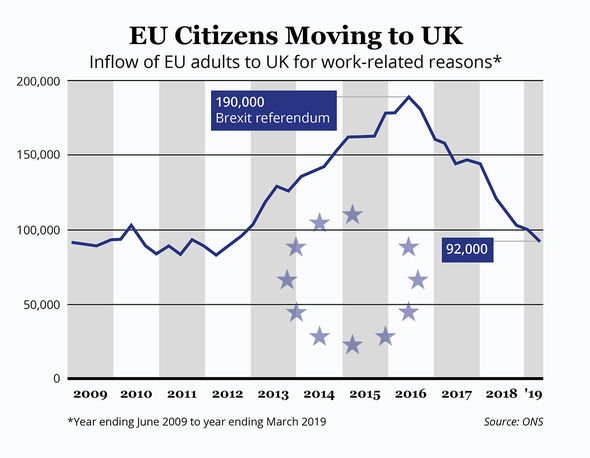 She said: “We all know that my visit today is taking place against the background of the biggest trial the European Union has faced in its history.

“Europe will emerge from the crisis stronger than ever if we strengthen cohesion and solidarity,” she added, as parliamentarians – all wearing face masks – sat separated by empty seats.

Merkel said the depth of economic crisis caused by the pandemic meant that member states would need to compromise to sign off on a joint recovery fund before next month’s summer recess.

Fiscally conservative northern countries have failed to reach agreement with a high-debt group of southern countries hardest hit by the pandemic over the scope and structure of the the 750-billion-euro (£672 billion) fund.