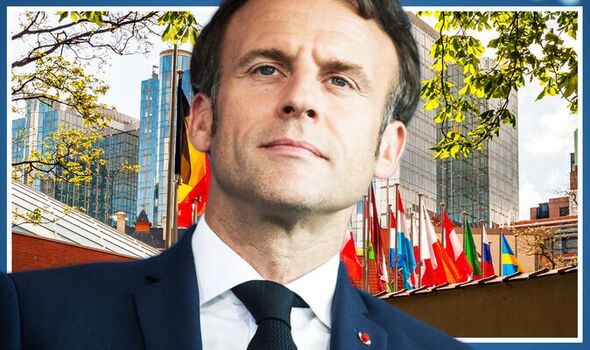 You can add your voice to the tens of thousands of comments posted daily on Express.co.uk and have your say on the big issues facing the country today.

France President Emmanuel Macron said nations like the UK who have already quit the European Union (EU) would be offered a “full place” in his proposed community.

The 44-year-old announced his plans as part of a speech in Strasbourg to mark European Day.

He explained that the community would sit parallel to the EU and help to strengthen ties with partner countries, such as Ukraine, before granting formal membership.

The French President added that his proposals would “find a new space for political cooperation, security, cooperation in energy, transport, investment, infrastructure, and the movement of people”.

But he did not provide any specifics for how the community would work and it remains to be seen whether the idea has the backing of his European counterparts.

Do you think the UK should accept an offer to join if Mr Macron’s proposals get the green light?

HAVE YOUR SAY RIGHT NOW – JOIN THE EXPRESS READER DEBATE IN OUR COMMENTS SECTION.