The Liz Truss supporter said low taxation must be top priority for whoever wins the leadership race to stop Britain facing even more economic pain. Ms Truss insists tax cuts are something she will introduce swiftly if she becomes the next Prime Minister but rival Rishi Sunak says the move would be the wrong one. Sir Iain warned: “Right now we face the potential of a recession. If you have a recession on top of this cost-of-living crisis it would be an utter human disaster.”

He said Ms Truss has been “crystal clear” from the beginning that she will do “whatever is necessary” to help people but insisted avoid another economic shock was vital.

“Liz Truss has made it clear that she needs to make sure that we don’t add to the burden of cost of living by having an economy go into a recession, which would be a deep one,” he told GB News.

“We need to make sure the burden of taxation is lower. That’s our priority….whoever wins.”

The Bank of England has warned the UK is facing the longest recession since the financial crisis, with inflation set to soar to more than 13 per cent.

It said Britons could be hit by two years of tumbling household incomes due to the pressure from inflation.

The runaway costs are largely due to the soaring price of energy, as the fallout from Russian President Vladimir Putin’s war against Ukraine forced gas prices skywards.

Sir Iain insisted Ms Truss would look at measures other than tax cuts once she has seen all the information in office. 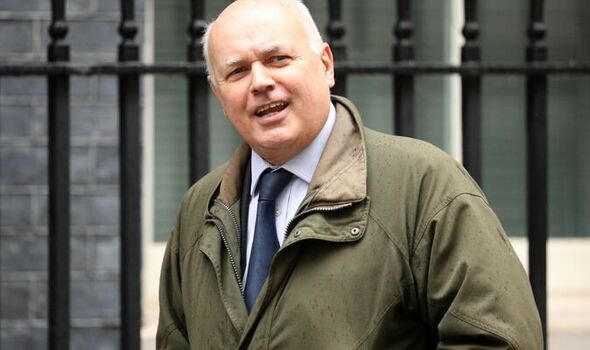 He added: “Liz has already said that when the moment comes when that advice arrives, looking at that she will make those decisions as in what is required.

“The key thing is twofold, though. One, we need to help people through the cost of living crisis for those who need it and that’s through support for them to get through and she’s made it clear for that.

“But the other bit, we do need to see the burden of taxation lowered because at the moment, the predictions if nothing changes, is we’re going to end up in recession.

“We have to do everything we can to avoid recession, because that will double down on the problems that people have particularly lower income groups that will find themselves losing jobs, losing livelihoods, and that’s really, really important.”

Ms Truss and opponent Rishi Sunak have repeatedly torn into each others’ economic plans as tensions in the campaign intensified.

The ministers said Mr Sunak “dug his heels” on reforms that were only possible after the UK left the EU by stymying attempts to ditch rules that made it harder for pension funds to invest in UK infrastructure projects as well as the Northern Ireland Protocol Bill.

“He talks about cutting EU regulations yet dug his heels in as chancellor against efforts to do exactly that and realise the benefits of Brexit. We both saw it in Cabinet,” they told a newspaper.

Commons Leader Mark Spencer, who supports Mr Sunak, insisted the Conservative party will unite once the new leader is chosen despite the increasingly fraught campaign.

He said: “I think at the end of this process, whoever wins, the Conservative Party will come together and will deliver a sound economic future for the country. And I think there’s much more that unites Liz and Rishi than divides them.”

He said: “I don’t think that’s true, and Chris made a decision. That’s a decision for Chris.”

He said Rishi Sunak was not flip flopping but showing flexibility:

“What you see with Rishi is…a set of criteria by which you operate, but the flexibility to be able to adapt that position to the circumstances.”