Senator Chuck Schumer, the majority leader, will offer draft legislation to remove marijuana from the list of controlled substances and begin regulating and taxing it. 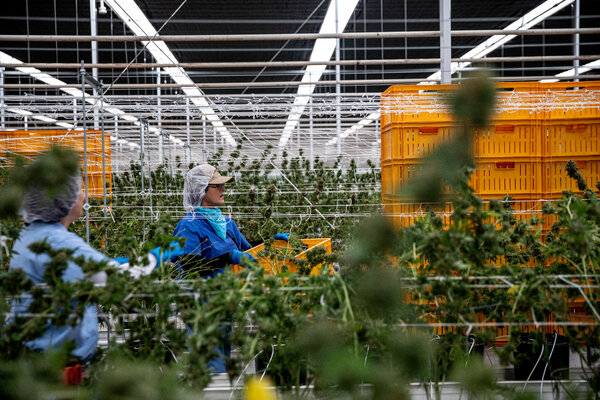 WASHINGTON — Senator Chuck Schumer of New York plans to propose legislation on Wednesday to decriminalize marijuana at the federal level, putting his weight as majority leader behind a growing movement to unwind the decades-old war on drugs.

The draft bill, called the Cannabis Administration and Opportunity Act, would remove marijuana from the Controlled Substances Act and begin regulating and taxing it, placing federal rules on a burgeoning industry that has faced years of uncertainty. Though states would still be allowed to set their own marijuana laws, businesses and individuals in states that have legalized its use would be free for the first time to sell and consume it without the risk of federal punishment.

The proposal would also try to make recompense to communities of color and the poor for damage from years of restrictive federal drug policy. It calls for immediately expunging nonviolent marijuana-related arrests and convictions from federal records and would earmark new tax revenue for restorative justice programs intended to lift up communities affected by “the failed federal prohibition of cannabis.”

The bill aims to “finally turn the page on this dark chapter in American history and begin righting these wrongs,” said Senator Cory Booker, Democrat of New Jersey, who wrote the bill with Mr. Schumer and Senator Ron Wyden, Democrat of Oregon and the chairman of the Finance Committee.

The legislation faces an uphill battle in the Senate, where Republicans are opposed, and it is unlikely to become law in the near future. President Biden has not endorsed it, and some moderate Democrats are likely to balk at the implications of decriminalizing a drug that has been policed and stigmatized for so long.