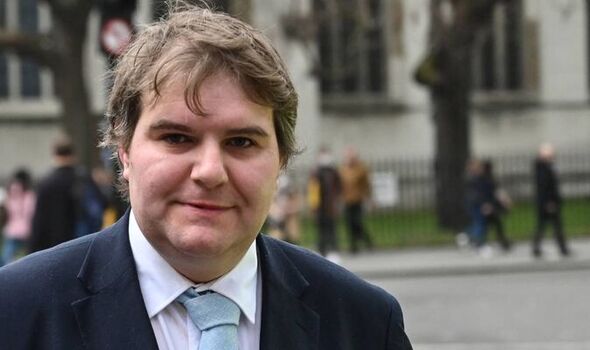 In an online statement, Jamie Wallis, 37, said he had had gender dysphoria – feelings of a mismatch between his biological sex and gen- der identity – since he was a “very young child”.

The Bridgend MP also said he was raped last year by a man he met online.

In addition, someone outed him to his family and tried to blackmail him for £50,000. Mr Wallis said the offender was jailed for two years and nine months.

“I had no intention of ever sharing this with you. I always imagined I would leave politics well before I ever said this out loud.

“Being an MP and hiding something like this was always going to be tough, but I arrogantly assumed I was up for it. Well, I’m not.”

Mr Wallis said of his rape ordeal: “I have not been myself since this incident and I don’t think I will ever recover.

“I know the House stands with you and we’ll give you the support that you need to live freely as yourself.”

Shadow health secretary Wes Streeting said: “Sending you love and solidarity from the other side of the Commons.”

Tory MP Alicia Kearns said: “Your bravery will give hope and courage to people across our country.”

Mr Wallis also revealed he was arrested after fleeing the scene of a car crash in Cowbridge, Vale of Glamorgan, last year.

He said he has post-traumatic stress disorder and had been “terrified”.