The outgoing Prime Minister gave his final address to an audience of journalists, Conservative colleagues, friends, and family members outside Downing Street on Tuesday morning. Boris Johnson seized the opportunity to sneak in an ancient history reference that appears to hint at his plot to make a grand return to politics in the future. Mr Johnson compared himself to Roman statesman Cincinnatus, a figure who famously left politics only to return to his career years later.

Speaking outside Downing Street, BBC Breakfast presenter Jon Kay said: “After he gave that speech, everybody hit the phones – I sure did. When he was talking about being Cincinnatus, I had to look up who that was.

“I’m not sure what your ancient history is like but I should have known Boris Johnson would throw in a reference like that.

“Cincinnatus, famously in ancient times, left politics and returned to his plough and that’s what Boris Johnson was referring to.”

He added: “Whether that was Boris Johnson making some sort of veiled reference to his long-term plans and maybe not going quietly, maybe coming back at some point.” 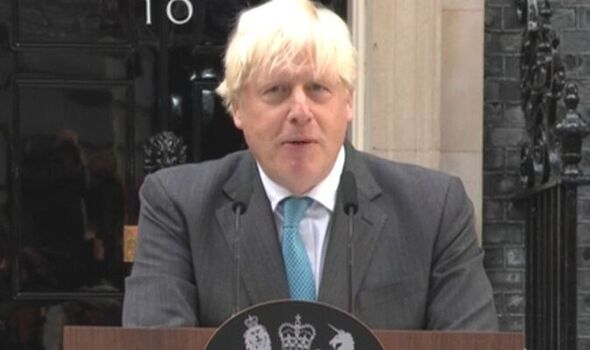 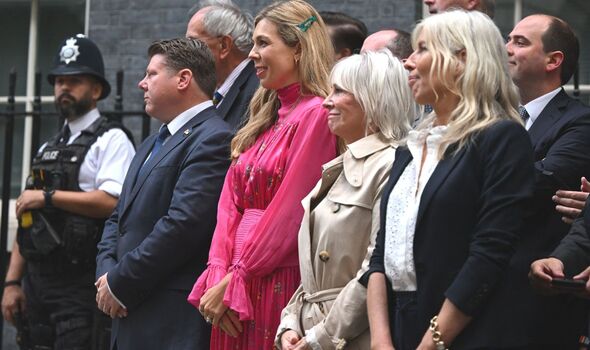 Professor Jon Tonge, a politics professor at the University of Liverpool was quick to pick up on the meaning behind the historical reference.

He tweeted: “Cincinnatus returned to office 19 years after first departing.”

The Roman statesman is recognised for relinquishing his position once Rome had been brought through a period of crisis, after which he retreated back to his “plough”.

Cincinnatus made a return to politics some years later as Rome entered another period of crisis, with political commentators suggesting Mr Johnson plans to do the same. 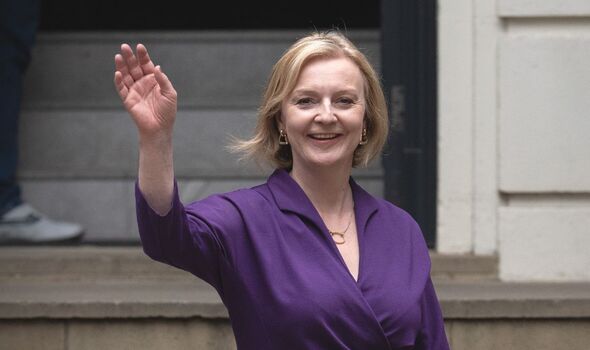 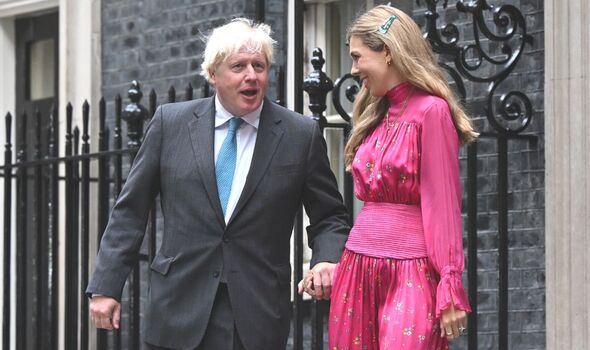 During his Downing Street address, the outgoing Prime Minister said: “Like Cincinnatus, I am returning to my plough.”

He added that he would continue to back Liz Truss: “I will be offering this government nothing but the most fervent support.”

Following his speech, Mr Johnson began the journey to Balmoral where he is expected to formally tender his resignation to the Queen.

Liz Truss will also make the journey to Scotland, where the Queen will appoint her as the new Prime Minister. 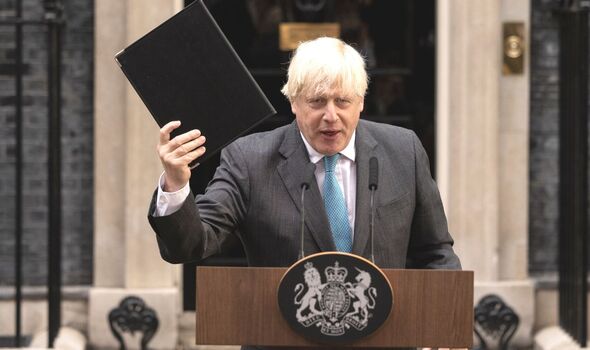 There has been rampant speculation that Mr Johnson has been plotting a return to politics since he confirmed he would step down as Conservative leader in July.

Lord Cruddas led a campaign to include the outgoing Prime Minister on the members’ ballot for re-election, claiming the membership were “very upset” over the ousting of their elected leader.

There have also been reports that a group of rebel Tory MPs are planning to submit letters of no-confidence in Liz Truss in the hope to trigger another leadership vote which could revive Mr Johnson’s career.

While on the backbenches, it has also been suggested that Boris Johnson could return to his earlier journalistic career, with many media outlets said to be interested in hosting him as a regular column author.