Ms Nandy, MP for Wigan, said outgoing leader Jeremy Corbyn, the party’s handling of anti-semitism and its position on Brexit, all contributed to Labour’s worst election defeat since 1935. The backbench Labour MP said the party’s strategy on Brexit was an “absolute disaster” and insisted voters were left confused as to whether Labour wanted to leave or stay in the European Union. Ms Nandy said: “Brexit came up over and over again.

“And right across this country wherever you were people felt profoundly disrespected by it.”

Sky News’ Sophy Ridge then asked Ms Nandy if she blamed the Shadow Brexit Secretary, who was standing next to her, in front of the audience of 100 Labour supporters.

The Sky News host asked: “So who is to blame for it? 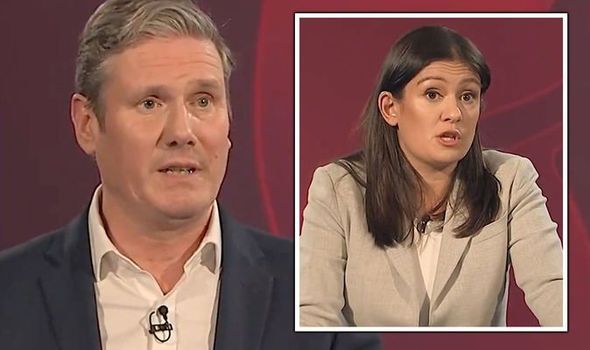 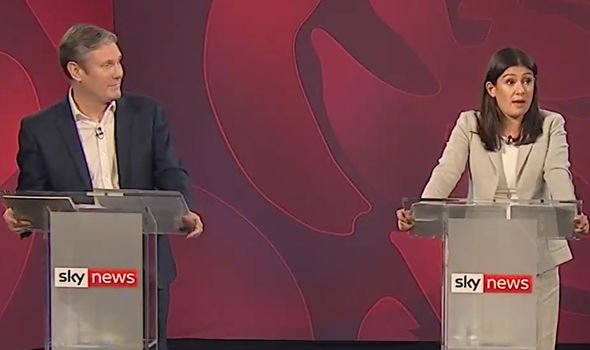 “I mean you have got the shadow Brexit Secretary standing next to you is he to blame?

Ms Nandy said: “Well it was a disaster, an absolute disaster, and I think there is a collective failure of leadership on Brexit that we have to own up to as a party.

“But let’s be honest too, this has been a really long time coming.

“For decades people in towns like mine, and town like Dewsbury, have been saying that Labour is no longer of or for our communities.” 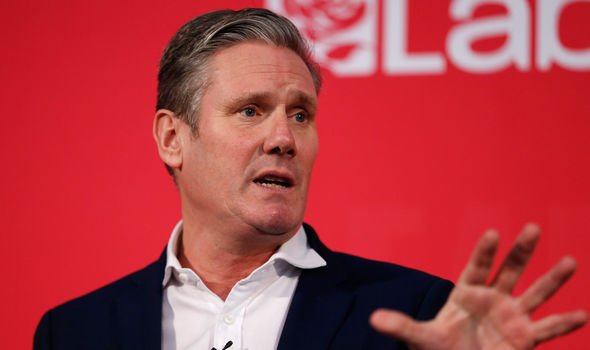 “I want that to change, that is why I am standing to be leader of the Labour Party.

Sir Keir then defended his role as Shadow Brexit Secretary and insisted there was a four main issues with Labour in the general election.

The Labour MP for Holborn and St Pancras said the Jeremy Corbyn, Brexit, the manifesto and its handling of anti-semitism all contributed to the election defeat. 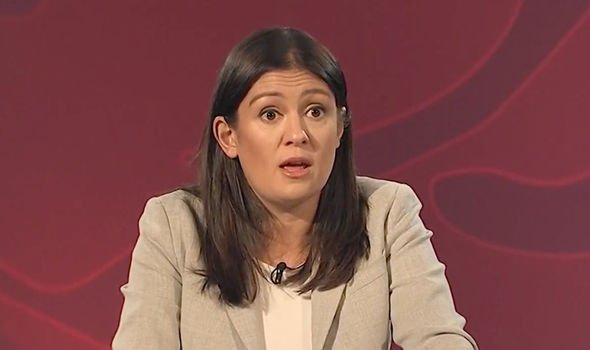 Sir Keir said he accepted Brexit contributed to the defeat but insisted the reaction was different around the UK.

He also condemned Mr Corbyn for overloading the manifesto and said it got to a point where people “did not believe it”.

Sir Keir said: “I went out with 44 teams across 44 constituencies in the country in the general election, and all the campaign teams were talking about what is coming up on the doors, of course they were, it was a lively conversation.

“And across the UK, some of you may have knocked on doors, there was uniformity, there were four things that were coming up. 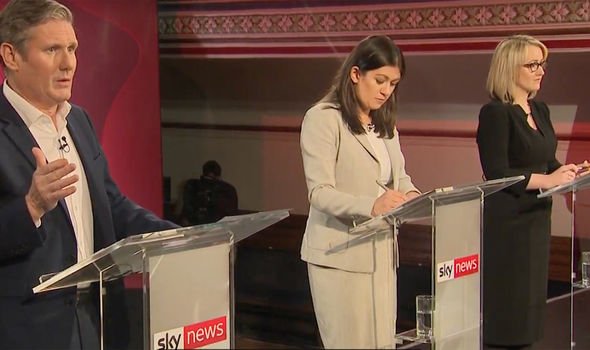 “The number one was the leadership of the Labour Party and anybody who was in the campaign can’t say otherwise.

“Whether that was fair or unfair is secondary, that was the number one issue I’m afraid.”

He added: “Brexit came up of course it came up, and I completely accept that it came up.

“But it came up differently in Dewsbury to the way that it came up in Scotland and that was one of the difficulties. 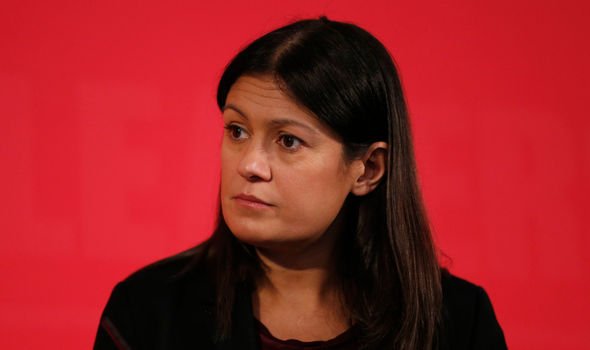 “The third thing that came up, and this is the team that I was with reporting to me, and they were all open about it, was the manifesto was overloaded.

“It had good stuff in but there was too much, it got to a tipping point where people did not believe it and therefore it did not matter what was in it because it was not being believed.

“And I am very sad to say the fourth thing that was coming up was anti-semitism.” 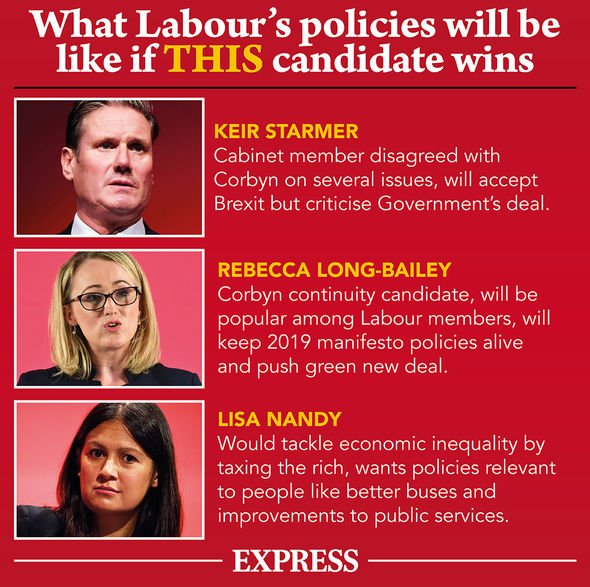 In the survey, the Shadow Brexit Secretary won 53 percent of the first preferred vote – which would be enough for him to win the contest at the first round.

Rebecca Long-Bailey was in second place on 31 percent and Lisa Nandy came third on just 16 percent.

Mr Khan said Sir Keir is the “best person to unite our party” and put Labour in Government.

The winner of the Labour leadership contest will be announced on April 4.