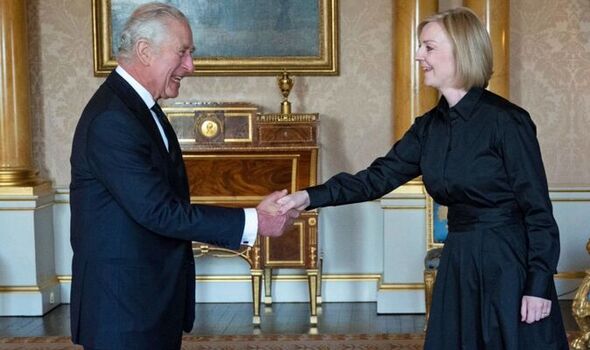 The King officially met Liz Truss for the third time on Wednesday evening, after meeting her at Buckingham Palace, the day after his mother Queen Elizabeth died, on September 9.

But this is the first of their weekly meetings since the death of the Queen.

The King has pledged to stand above politics now he has succeeded his mother as monarch.

In his first address to the nation after the Queen’s death, the new King said: “My life will of course change as I take up my new responsibilities.

“It will no longer be possible for me to give so much of my time and energies to the charities and issues for which I care so deeply.

“But I know this important work will go on in the trusted hands of others.”