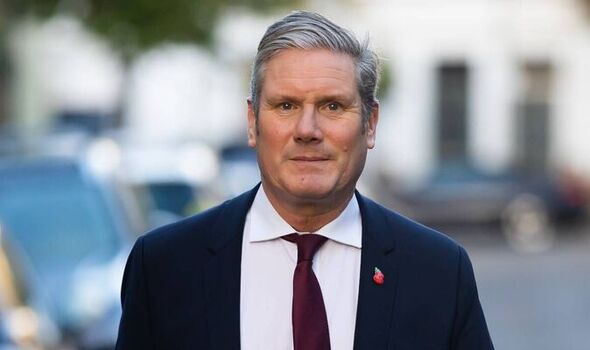 Party insiders are determined to avoid a repeat of the last election when Labour set out a long list of “unrealistic” pledges. A senior source said: “It will be a short manifesto. It won’t be War and Peace. We will be realistic and stick to what we can deliver, given that there won’t be much money to spend.

“We won’t repeat the mistakes of the last two elections when we offered long shopping lists of policies which voters just didn’t believe.”

Shadow Cabinet Ministers are making plans for government but insist they are not taking the results of the next election for granted and point out there could be two years to go until polling day.

The latest survey by Redfield and Wilton showed 49 percent of voters would back Labour if an election was held tomorrow with just 28 planning to vote Conservative.

Labour’s 2019 general election manifesto includes promises to cut household bills by more than £6,700 a year without increasing taxes for 95 percent of households at the same time as spending up £250 billion on “enterprise, infrastructure and innovation”.

The party also promised free broadband for every home.

But the party, under Jeremy Corbyn’s leadership, suffered its worst election defeat since 1935 and lost 60 seats while Conservatives, led by Boris Johnson, returned to power with a landslide 80-seat majority.

Some Labour activists still hail the manifesto as a triumph, and blame the result on Labour’s decision to support a second referendum on Brexit.

The dire state of the public finances is likely to make big spending commitments difficult for any government in the foreseeable future.

Watchdog the Office for Budget Responsibility warns the UK is currently in a recession set to last just over a year, although economic growth is expected to resume in 2024.

Inflation, currently 11.1 percent, is expected to fall next year but remain high at 7.4 percent over the course of 2023.

However, it is then expected to fall significantly and prices may actually go down in 2024, with inflation just below zero.