The Tánaiste (deputy prime minister of Ireland) took the unprecedented step of wading in to speak on behalf of the Government when he launched a ferocious attack on some TDs (Ireland’s members of parliament), accusing them of abuse and “nastiness”. The Fine Gael leader, who was replaced as Taoiseach (prime minister) last month, said: “You shout us down in the same way you bully people online.

“Day in and day out you try to bully people in here because they come from a larger party or a government party.

“I’m embarrassed to be a member of this Chamber tonight quite frankly because of the behaviour of some of the parties.

“I want to people at home to listen to the number of times I’m interrupted when I just try to say a few words in this chamber because of the arrogance and nastiness and abusiveness of the smaller parties and far-left parties in this House.” 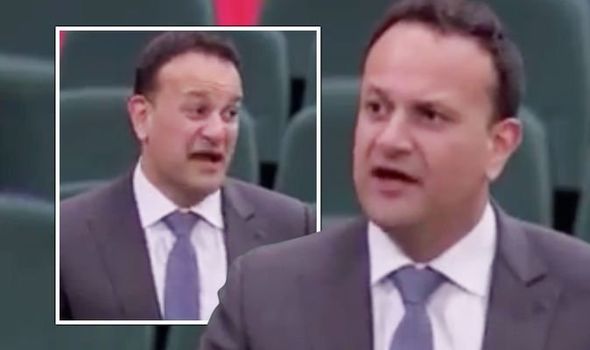 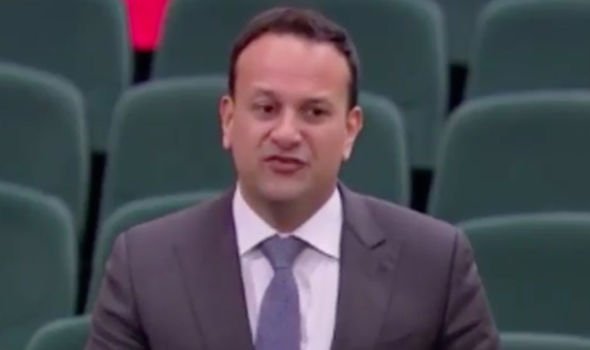 His angry rant comes amid a bitter row over speaking rights in parliament, which was forced to adjourn after disorder broke out.

The Government has sparked outrage among smaller parties and Independents after it changed speaking arrangements in the Dáil (Irish parliament) to ensure TDs are given more time to speak.

Mr Varadkar added: “They try to dominate this chamber and anytime anyone from Government stands up, anything any minister tries to speak, any backbencher tries to make a point, you shout us down in the same way you bully people online. 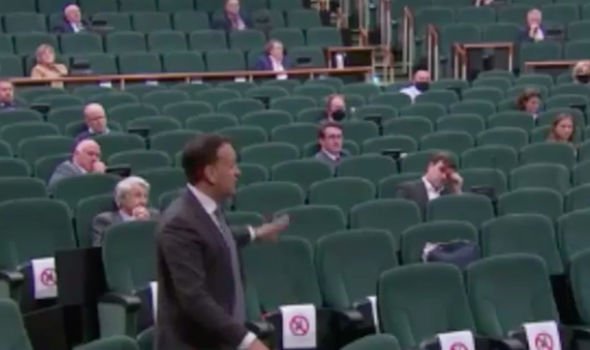 “Day in and day out you try to bully people in here because they come from a larger party or a government party.”

Parliament was forced to adjourn during its first session since the election on Wednesday night after a row erupted over speaking rights.

It comes just a month after Mr Varadkar handed the reins to political rival Micheál Martin.

Mr Martin this month confirmed his entire cabinet – including Mr Varadkar, would be taking a 10 percent pay cut.

The pair have also been criticised for an “absolutely tone-deaf” Government decision to pay €50,000 in allowances to three ministers for sitting in cabinet.

Up until now, two “super junior” ministers have been eligible for the €16,288 allowance on top of their ministerial salaries of €124,439.

However, the controversial rule change, which is likely to be rubber-stamped before the summer recess, means three junior ministers will now receive the extra cash.