The Prime Minister confirmed that Friday’s mini-budget will include the reversal of the 1.25 percent hike in national insurance introduced by ex-chancellor Rishi Sunak. A corporation tax rise her former leadership rival planned is also being ditched while investment zones will get favourable regional levies.

But Ms Truss indicated the measures are just the start of her reforms with all of the tax code up for review.

During a series of interviews in New York, the PM was asked if she was prepared to be unpopular to drive through the changes and replied: “Yes. Yes, I am.”

Ms Truss insisted “there is no doubt in my mind” that lower taxes lead to economic growth and insisted “this is about growing the size of the pie”.

Ms Truss insisted she will always work to make sure that “we are helping those who are struggling”.

“That’s why we took the action that we took on energy bills because we didn’t want to see households facing unaffordable bills,” she said.

“And that’s why we’re going to take action on National Insurance, reversing that increase as well.

“So yes, we do have to take difficult decisions to get our economy growing. We have to look at our tax rates.”

Critics have attacked Ms Truss’s zeal for cutting taxes, claiming it benefits the richest the most. 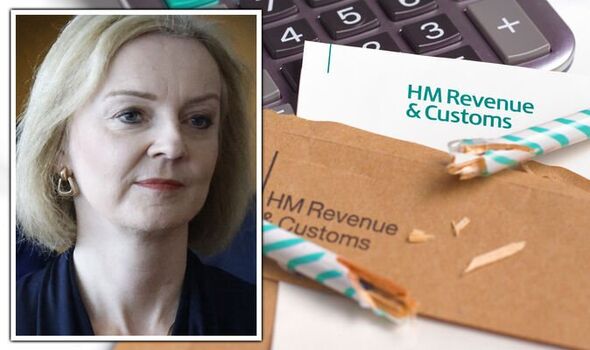 But the PM hit back at the assessment, saying: “I don’t accept this argument that cutting taxes is somehow unfair.

“What we know is people on higher incomes generally pay more tax so when you reduce taxes there is often a disproportionate benefit because those people are paying more taxes in the first place.

“We should be setting our tax policy on the basis of what is going to help our country become successful. What is going to deliver that economy that benefits everybody in our country. What I don’t accept is the idea that tax cuts for business don’t help people in general.”

Institute of Economic Affairs director general Mark Littlewood predicted Chancellor Kwasi Kwarteng’s budget could include the most radical changes in tax and regulatory policies since the 1980s.

“I’m expecting and hoping that we’ll see a large number of tax cuts but I think he needs to go even further than that. It won’t just be about tax and spend.

“I’m really hoping there’ll be a lot about regulation and red tape, which I suspect and hope that Kwasi Kwarteng and Liz Truss will be wanting to remove in order to really boost enterprise.

“I think we might see the most radical changes in tax and regulatory policy since the 1980s.”

Ms Truss will raise her tax-cutting strategy at the United Nations General Assembly on Wednesday by making a direct link between economic strength and security.

She will argue the free world must prioritise growth and end any dependence on authoritarian regimes.

“We want people to keep more of the money they earn because we believe that freedom trumps instruction,” she will say.

“We are reforming our economy to get Britain moving forward once again. The free world needs this economic strength and resilience to push back against authoritarian aggression and win this new era of strategic competition.

“We will no longer be strategically dependent on those who seek to weaponise the global economy.”

Ms Truss is on a collision course with Democrat US President Joe Biden.

The pair will meet on Wednesday for one-to-one talks but Mr Biden on Tuesday issued a message on social media saying he was “sick and tired” of the tax-cutting approach to economics and claiming it “never works”.