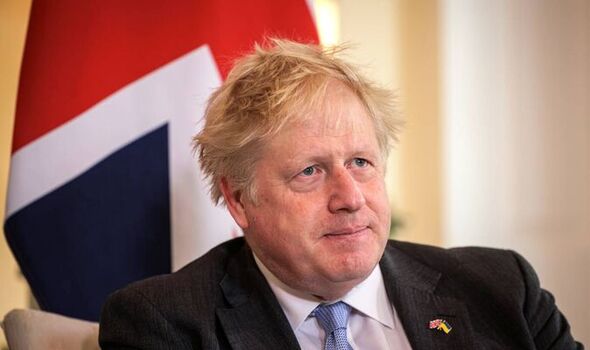 His Conservative foes want to see a leadership election with a new Prime Minister in place by the autumn party conference. It comes as Tories fear they will lose control of a raft of councils in London and councillors across the country.

And poor results would likely lead to letters being sent to the 1922 Committee in an attempt to unseat Mr Johnson as leader, it was warned, with his opponents wanting him to face a confidence vote before Parliament’s recess starts on July 21.

Former Conservative chief whip Mark Harper, who called for the Prime Minister to step down after he received a fixed penalty notice for attending a birthday celebration in No 10, expects the council elections may be a “mixed bag” but said: “Before the summer recess, all my Conservative colleagues should have enough information to make a decision on who they want to lead us into the next election.

“Do we stick with an uncertain course led by someone who is making good and decent Conservatives across the country defend the indefensible? Or do we get a new team in place to lead a revitalised government, focused on Conservative priorities who will treat the electorate with respect?

“We have a large majority, it’s time we started to use it properly to deal with the country’s challenges using Conservative principles.”

Another leading Tory critic of Mr Johnson said the “general view” now was Mr Johnson should face a confidence vote if councils are lost.

They said a leadership contest over the summer with a new PM in place in time for the autumn conference was the “logical timetable”.

Another MP, who represents a former Labour “red wall” seat, acknowledged how the party mood could turn against the PM after a bad election night.

They said: “[When] MPs start having their own membership, activists, councillors, or maybe recently former councillors after next Thursday, on at them, I’m not sure how quickly the mood might turn.

“[I] think the emotional impact for people who have been working really hard to make gains or hold seats in some of these tougher areas and get trounced, that’s going to be very hard to swallow for some.”

One MP has warned the Tories could face “annihilation” in London, the Home Counties and “Lib Dem-facing seats”.

But they were wary of staging an election for a new leader, saying: “I think a leadership contest is by its nature at least a three-month contest. It’s going to be a massive distraction from some fairly big issues.

“I’m not sure the public will thank us at the end of it, when probably at least half of voters will be no happier with a new Prime Minister than they are with the old one.”

A further concern is that a raft of Cabinet ministers would throw their hats into the ring and look “more focused on a leadership contest than on Ukraine, rebuilding the NHS or whatever else they are supposed to be doing”.

Conservative hopes of avoiding disastrous results may well hinge on whether Mr Johnson can persuade Tory-leaning voters not to make a protest vote or sit the election out.

The Prime Minister, in bullish mood, defended the Tories’ record in local government. Firing a new salvo in the so-called culture wars, he said: “The choice on May 5 is clear: Labour and Lib Dems who fritter away your council tax on deciding which statues to tear down or Conservatives, delivering value for money and delivering on your local priorities.”

And while Conservative insiders are braced for attempts by Mr Johnson’s internal critics to oust him in the wake of bad results, they are in no doubt that he will fight to stay in Downing Street.

A source said: “The PM is not going anywhere. He will fight on.”

One month ago the Sunday Express helped us launch our campaign to boost the number of people getting Pension Credit. Thanks to its support we’ve seen an increase in the numbers visiting our online Pension Credit calculator.

But we’re not stopping there. Pension Credit can be worth over £3,300 a year for those over State Pension age and on a low income. It also opens up access to other support.

Over the coming months we’ll be going all out to raise awareness of Pension Credit and showing how easy it is to claim. And we want Sunday Express readers to keep helping us too.

We are calling on everyone with retired family and friends to encourage them to check if they qualify and help them make a claim if they do.

With rising costs, it’s never been more important to make sure that people are receiving all the support they can get.