Italy might need early elections to overcome a political impasse, government officials said on Friday, after the Prime Minister announced his departure in the wake of a mutiny by a coalition partner. President Sergio Mattarella rejected Draghi’s resignation on Thursday and asked him to address parliament next week for a clearer picture of the political situation. If unity cannot return swiftly to government ranks, the only alternative would be for an election to be called in the autumn, Foreign Minister Luigi Di Maio said, warning that an early vote would be welcomed by Russia, but would damage Italy’s economy.

“If Draghi falls, we vote,” he told RTL radio, adding that without a fully functioning government in the coming months, Italy would risk losing billions of euros in European Union post-pandemic recovery funds and would not be able to enact measures to combat climbing energy costs.

“The Draghi government and the coalition that supported it must continue, but right now I see it as very, very difficult.”

Draghi’s 18-month-old government was thrown into turmoil by the populist 5-Star Movement, which boycotted a parliamentary confidence motion on Thursday on Draghi’s plans to tackle the growing cost of living, arguing they did not go far enough.

Critics say the party, which was torn apart by a schism last month, was acting merely out of self interest, anxious to raise its profile with voters following a slump in the opinion polls.

Speaking Express.co.uk, residents in Naples, a major city in the south of Italy, shared dismay over the political impasse.

Laura De Sanctis, 33, social media manager told this website: “We are in government crisis number 66, in 75 years. To say that this is disheartening would mean diminishing the sense of despondency and helplessness that surrounds anyone who has the decency to take a minimum interest in their country. 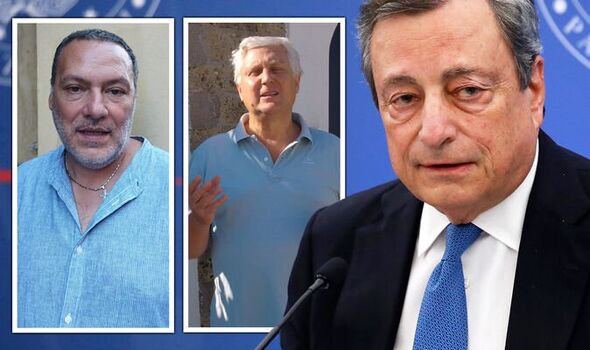 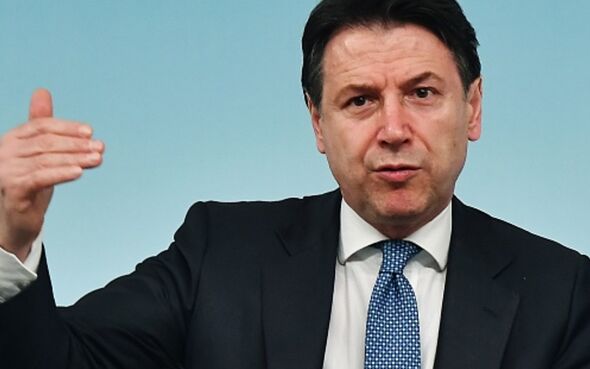 “In the aftermath of a pandemic that has affected our economy more than that of other countries and with a war that, with its consequences, involves the whole of Europe, it is really disheartening to realise how much the individualisms of individual parties is able to place itself in foreground with respect to the already complex general picture.

“Yet another demonstration of the absence of stability in our country also makes me fearful of what we are transmitting to Europe.

“How the whole of Europe can read this lack of a common line even at such a critical moment.

“I firmly believe that being part of the EU today represents something that cannot be questioned in the slightest. It cannot waver. And this lack of consistency affects our own reputation.”

He said: “Here we go again. A new government crisis in the middle of summer.

“A wound also for the EU, our Prime Minister Mario Draghi was probably one of the strongest supporters of common European action in various sectors: from the Ukrainian question to major international economic issues. We’ll see what comes out of it now that Mattarella refused his resignations.”

Self-employed Fabio De Luca, 35, also warned of the risk of a “collapsing” EU in the midst of an energy crisis and the lack of reassuring political figures in the bloc.

He said: “The 5 Stars have opened a crisis that will backfire in the possible upcoming elections.

“Wrong time with important deadlines at the door, above all the budget law.

“With the electoral law (which has not been modified) there is a risk of a very long process.

“It took 70 days for the yellow-green coalition [Salvini-Conte] to form a government.

“In this crisis, who is going to work on the budget?

“And then the country is handed over to the rightmost right I have ever seen.

“And in this case, where will we stand in the European Union?

“The risk of a collapse of an institution that is already struggling with the energy crisis, showing all its limits, is very close, especially if we think of the political weakening of Macron in France without a majority and the resignation of Draghi, who in the EU represented a security for the country.”

NATO employee Massimo Impesi, 52, was also worried about the future of the EU. 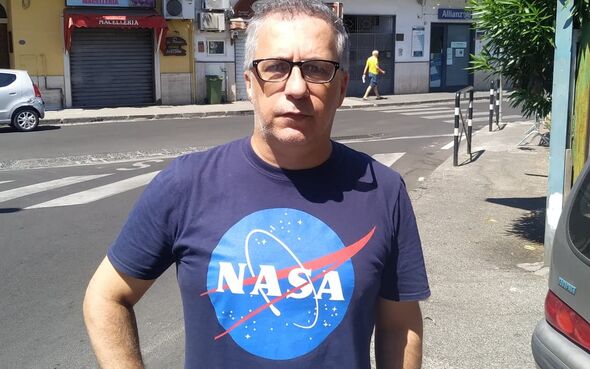 He said: “I think that if we go to vote, as it seems, the right will win hands down.

“Italy’s role within the European Union will be at risk given that there will be no guarantor like Mario Draghi.”

Web developer Antonio Messina, 53, shared his frustration at the “irresponsibility” of a disappointing political class.

He told Express.co.uk: “For me what happened yesterday goes beyond all logic.

“I don’t think he will change a lot on an international level. It’s true that Draghi is a well-known person at European level, but I don’t think he can change that much in the opinion one has of Italy.

“It has always been the same with the stock exchanges as well. Obviously the spread skyrockets and the stock market collapses, but that always happens and then we recover anyway, as long as we give a semblance of stability.

“At a time when we talk so often about World War III, we probably need it more than at other times and the European Union should be strengthened and even a little modified in my opinion.

“I am shocked in general, from the United States to China. But we Italians are ridiculous by nature, from all points of view.”

The risks of political chaos has unnerved financial markets with the premium Italy pays over German debt rising to a one-month high on Friday. 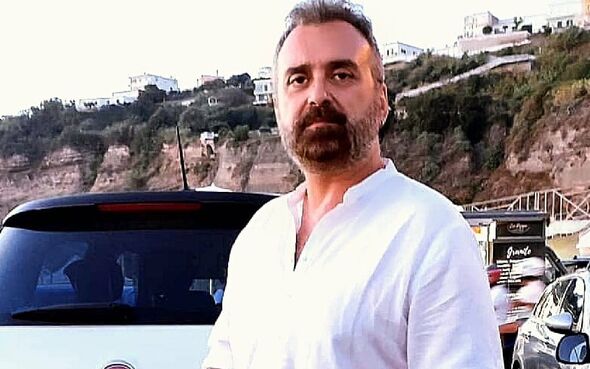 Speaking in his native Finland, Mr Rehn said: “It may be that we will see a very difficult period in Italy.”

A national election is due in the first half of 2023 and bringing the vote forward would give parties little time to draw up manifestos and prepare their lists of candidates.

However, two sources in the prime minister’s office, who declined to be named, expressed pessimism over the future of the coalition, saying Mr Draghi was determined to stand down. The most likely outcome was a vote in early October, they said.

In that case, Mr Draghi could stay on in a caretaker capacity, but would not be able to draw up budget for 2023 or enact reforms demanded by Europe in return for the recovery funds.

Antonio Schiano di Cola, 61 and a typographer, was slightly more hopeful of an early election, casting doubts on Mr Draghi’s interest for the welfare of the country.

He said: “I find that politics is going through a very dark period so it has created disaffection in the general public.

“What happened yesterday is contradictory.

“On the one hand, I recognise that Draghi, at this moment, in Europe and in the world perhaps represents one of the few authoritative faces that Italy can present.

“Just think of his previous role at the ECB.

“So even as head of government he had an authoritative voice in Europe and in the world.

“I hope this can lead to something new and positive. 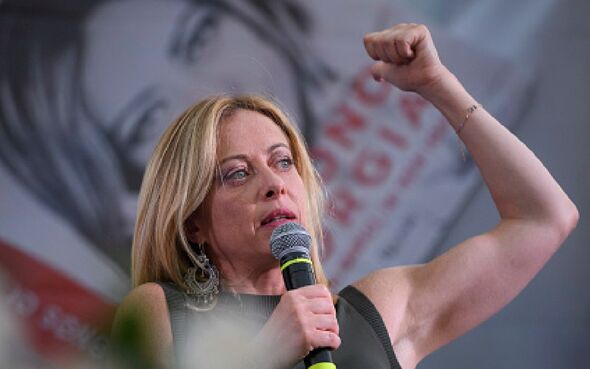 “Even if it is a very vague hope because if the Italians cannot choose who to be governed by, we will be doomed to an increasingly downward and increasingly poor political scene.”

Renato Brunetta, the public administration minister and a member of the centre-right Forza Italia party, said on Friday: “Italy cannot do without Mario Draghi.

“We cannot lose the credibility and trust we have gained in Europe and the world in such difficult times.”

Mr Draghi, a widely respected former ECB president, has played a prominent role in the EU’s response to Russia’s invasion of Ukraine, helping draw up economic sanctions on Moscow and sending weapons to Kyiv.

None of the parties in the national unity government have called for elections in the wake of Draghi’s resignation offer.

However, the one major group that stayed outside the coalition, the far-right Brothers of Italy, embraced the idea at once.

Led by Giorgia Meloni, the Brothers of Italy has seen its support soar during its time in opposition and looks likely to emerge as the largest single party in the next parliament.

“With Draghi’s resignation … this legislature is over,” Meloni wrote on Twitter. “Elections immediately.”