Mike Gravel, a two-term Democratic senator from Alaska who played a central role in 1970s legislation to build the Trans-Alaska oil pipeline but who was perhaps better known as an unabashed attention-getter, in one case reading the Pentagon Papers aloud at a hearing at a time when newspapers were barred from publishing them and later mounting long-shot presidential runs, died on Saturday at his home in Seaside, Calif. He was 91.

The cause was myeloma, his daughter, Lynne Mosier, said.

Defeated in his bid for a third Senate term in 1980, Mr. Gravel remained out of the national spotlight for 25 years before returning to politics to seek the 2008 Democratic presidential nomination. He was a quirky fixture in several early debates in 2007, calling for a constitutional amendment to allow citizens to enact laws by referendums. But when the voting began in 2008, he never got 1 percent of the total in any primary.

He nonetheless persisted, showing the same commitment to going it alone that he had displayed by nominating himself for vice president in 1972, staging one-man filibusters and reading the Pentagon Papers aloud — efforts that even senators who agreed with him regarded as grandstanding.

But the pipeline was a lasting achievement, and one that forced him to develop allies. Senator Gravel (pronounced gruh-VELL), like most of his state’s leaders, favored construction of a pipeline to bring crude oil 800 miles from Alaska’s North Slope to the ice-free port of Valdez.

But the project, formally proposed in 1969, was slowed or blocked in federal courts over environmental questions.

Mr. Gravel seized the issue in 1973 by proposing legislation that would exempt the project from any further court intervention under the National Environmental Policy Act.

Other pipeline supporters — including his Republican fellow Alaska senator, Ted Stevens — were wary because the environmental law was a proud accomplishment of Senator Henry M. Jackson of Washington, the chairman of the Interior Committee, which dealt with many Alaska issues.

Senator Jackson favored the pipeline and said he believed that a thorough review would show that it could be built without damage to the environment. But he insisted that breaching the environmental act would be an “unfortunate precedent.”

The Nixon administration backed Mr. Gravel and his call for swift action. His measure won, 50 to 49, with Vice President Spiro T. Agnew casting the deciding vote. The House quickly agreed, and the pipeline, which opened in 1977, made oil the center of Alaska’s prosperity. 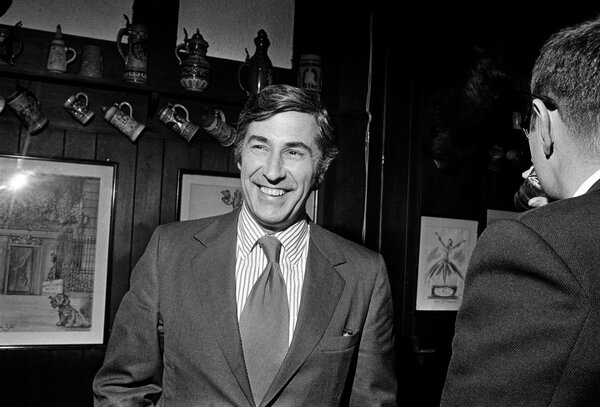 Mr. Gravel drew much more national notice on June 29, 1971. The New York Times and other newspapers were under court injunctions to stop publishing the Pentagon Papers, a secret, detailed government study of the war in Vietnam.

He read aloud from the papers to a subcommittee hearing that he had quickly called after Republicans thwarted his effort to read them to the entire Senate. He read for about three hours, finally breaking down in tears and saying, “Arms are being severed, metal is crashing through human bodies — because of a public policy this government and all of its branches continue to support.” (In a major ruling on press freedom, the injunction against The Times was overturned by the Supreme Court the next day.)

Mr. Gravel acknowledged many years later that his political ambition had led him to express support for the Vietnam War at the start of his political career, although he said he had personally opposed it.

In his 1968 Democratic primary challenge to Senator Ernest Gruening, one of two senators to vote against the 1964 Gulf of Tonkin Resolution, which authorized President Lyndon B. Johnson to use conventional military force in Southeast Asia, Mr. Gravel said the North Vietnamese leader Ho Chi Minh and not the United States was the aggressor. In 2007, while running for president, he told an NPR interviewer, “I said what I said back in 1968 because it was to advance my career.”

He told Salon magazine the same year that Alaskans did not share Mr. Gruening’s opposition to the war at the time, and that “when I ran, being a realistic politician, all I had to do was stand up and not deal with the subject, and people would assume that I was to the right of Ernest Gruening, when in point of fact I was to the left of him.”

Mr. Gravel won that primary, stressing his youth (he was 38 to Mr. Gruening’s 81) and campaigning in the smallest of villages, where he showed a half-hour movie about his campaign. He went on to defeat his Republican rival, Elmer E. Rasmuson, a banker and former mayor of Anchorage, in the general election.

He won again in 1974, aided by the pipeline issue. But he lost the 1980 Democratic primary to Senator Gruening’s grandson, Clark Gruening. Mr. Gravel accused Mr. Gruening, who had announced that he would not take special interest money, of being “dishonest” because, he said, Jews who had made individual contributions amounted to a special interest group “that seeks to influence the foreign policy of the U.S.”

Mr. Gravel had enjoyed little support from his party, depending instead on political action committees. His main issue was his all-out opposition to legislation designating more than 104 million acres in Alaska for new national parks, wildlife refuges and conservation areas.

But when the Senate broke his filibuster against the bill and passed it just before the primary, it was a fatal blow to his campaign. He lost to Clark Gruening, who went on to lose the general election to Frank Murkowski.

Senator Gravel had first sought national office by nominating himself for vice president at the 1972 Democratic National Convention. Thirty-four years later, after returning to the real estate business and disappearing from the public eye, he announced his candidacy for the presidency.

In the early 2007 debates, he found much more public interest in the Iraq war than in his ideas about allowing citizens to enact laws, so he stressed his opposition to it, calling the Democratic senators who were seeking the nomination “gutless wonders” for not bringing the war to a halt.

He was not invited to the 2008 debates because of his low poll standings and fund-raising totals. He soldiered on, largely unnoticed during the contest between Senators Barack Obama and Hillary Clinton. In New Hampshire, where he did the most campaigning, he got just 404 votes, or one-seventh of 1 percent, in the state’s primary.

In March, he formally quit the Democratic contest and unsuccessfully sought the nomination of the Libertarian Party. His best showing came a few weeks later, when he got four-fifths of 1 percent in the North Carolina Democratic Primary.

Maurice Robert Gravel was born in Springfield, Mass., on May 13, 1930, to Alphonse and Maria (Bourassa) Gravel. His father was a contractor. Both his parents were French Canadian immigrants from Quebec, and the future senator did not speak English until he was 7.

Mr. Gravel attended American International College in Springfield, served in the Army in the Counterintelligence Corps and then drove a cab in New York City while studying economics at Columbia University.

He earned a bachelor’s degree in 1956 and set off for Alaska, which was not yet a state. He worked in real estate and as a brakeman on the snow-clearing trains of the Alaska Railroad before starting his political career.

Alaska attained statehood in 1958, and Mr. Gravel was elected to the State House of Representative in 1962. He served as speaker in 1965 and 1966 before leaving for an unsuccessful primary challenge to a four-term Democratic congressman, Ralph Rivers. Mr. Rivers then lost to the Republican candidate, Howard Pollock.

Two years later, Mr. Gravel was elected to the Senate.

After his defeat in 1980, Mr. Gravel returned to the real estate business but did not do well. He went bankrupt, as did his company.

He is survived by his wife, Whitney (Stewart) Gravel; two children from his first marriage to Rita Martin, which ended in divorce, Martin Anthony Gravel and Lynne Denise Mosier; two sisters, Marie Lombardi and Sister Marguerite Gravel; four grandchildren and a great-grandson.

In 2019, Mr. Gravel had one last political hurrah: He filed to run for president one more time, although he said he was running not to win but to qualify for the debates and “bring a critique of American imperialism to the Democratic debate stage.” He discouraged people from voting for him. His campaign was run by two teenagers, primarily on Twitter; Mr. Gravel himself had little involvement.

After not qualifying for the first two debates, Mr. Gravel ended his campaign in August 2019 and announced that he would use some of his remaining campaign funds to establish a progressive think tank, the Gravel Institute.

Into his later years Mr. Gravel held fast to his belief in direct democracy. He detailed his ideas for a fourth branch of the federal government, calling it the Legislature of the People, which would allow voters to pass new laws directly, circumventing in particular the Senate, which he saw as hopelessly corrupt.

“What you need to have, and what I seem to have, is unreserved faith in the people,” he told The New York Times Magazine in 2019. “There’s nothing else. And you can say: ‘Well, boy. That’s a stretch!’ You know what? The alternative is minority rule by the elites of society.”

Adam Clymer, a reporter and editor at The Times from 1977 to 2003, died in 2018. William McDonald and Jack Kadden contributed reporting.