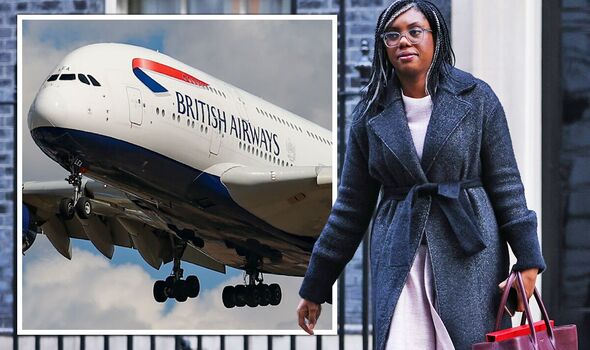 The Department for International Trade (DIT) spent £595,951 on luxury flights between April and June, a Freedom of Information request by the TaxPayers’ Alliance (TPA) found.

The total spend on flights booked within that period was £959,607, meaning the bulk of the spending was on classes above economy.

Elliot Keck, investigations campaign manager at the TPA, said: “Taxpayers will be livid at the sky-high cost of luxury flights for trade bosses.”

“With soaring taxes sending living standards into a nosedive, this will only add insult to injury.”

“Mandarins need to get their heads out the clouds and put a stop to these flights of fancy.”

The DIT said £12,414.32 was spent on first-class flights to Thailand, India and Brazil.

Forty-four flights were purchased at a cost of over £5,000 per flight, with the most expensive flights costing £12,905 for an individual ticket.

Nick Thomas-Symonds, Shadow Secretary of State for International Trade, said: “As ever with the Tories – they get first-class seats and the British people get a third-rate service.”

“They have racked up flight bills but are failing to deliver the benefits of trade for working people. It’s broken promise, after broken promise, with the British economy paying the price.”

The figures revealed £12,905 was spent on a “club class” flight to Houston on British Airways, with two tickets purchased at a total cost of £25,810

Meanwhile, £8,708 was spent on a “club class” flight to Sydney on Etihad Airways and £8,280 spent on a business class flight to Tokyo on All Nippon Airways

Nearly £6,000 was paid for the business class flight to Cape Town on British Airways.

A DIT spokesman said: “International travel enables an independent Britain to promote trade and investment and pursue trade deals around the world.”

“We are committed to delivering the best value for money for the taxpayer, and all flights are purchased in line with strict Government spending guidance.”