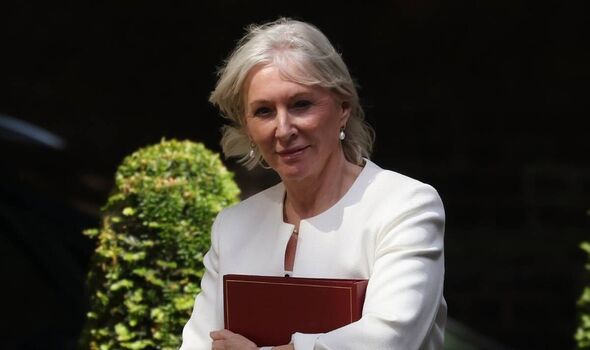 The former Culture Secretary, one of Boris Johnson’s most loyal allies, accused the Prime Minister of abandoning key parts of his predecessor’s agenda.

She warned that it would now be “almost impossible to face the electorate” at the next general election.

Ms Dorries, who led the move to privatise Channel 4, lashed out after her successor Michelle Donelan wrote to Mr Sunak recommending the Government drops a plan to sell off the broadcaster.

Ms Donelan said the sale was “not the right decision” and would hit independent production firms at a time when the economy is under pressure.

In a series of tweets, Ms Dorries hit back: “Three years of progressive Tory government being washed down the drain. Levelling up, dumped. Social care reform, dumped.

“Keeping young and vulnerable people safe online, watered down. A bonfire of EU leg, not happening. Sale of C4 giving back £2b reversed. Replaced with what?”

She then blasted the PM’s plan for pupils in England to study some form of maths until the age of 18. But Tory MP Stephen Hammond said: “I welcome reports C4 will not be privatised.”

The Incorporated Society of British Advertisers said it was “delighted” by the decision.