Newly-released files from the National Archives have revealed George W Bush’s worries over his experience, negotiations over Diana’s funeral, and mooted plans to redesign the House of Commons.

Here are some of the key revelations from the release of Cabinet Office and Number 10 files from the first years of Tony Blair’s premiership between 1997 to 2000. According to a report of Mr Bush’s first meeting with Britain’s ambassador to the US, Sir Christopher Meyer, the then governor of Texas was candid about his lack of international experience.

“Bush admitted that, apart from Mexico, he did not know much about international affairs and that he would do well to broaden his experience,” Sir Christopher wrote in his report of the 1998 encounter.

The ambassador also revealed that Mr Bush turned down a suggestion that he visit the UK.

“The Texas electorate would not forgive him if he appeared to be taking his eye off the business of governing Texas,” Sir Christopher added.

Mr Bush went on to become US president in 2001, with his eight-year spell in the White House dominated by military conflicts in Afghanistan and Iraq. 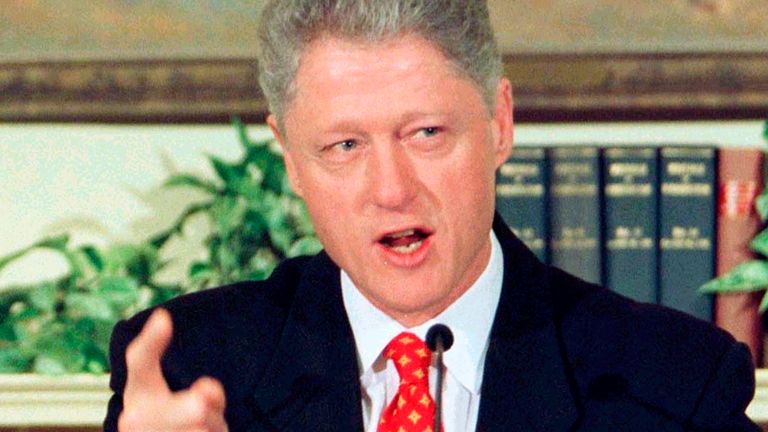 Downing Street secretly hired a US law firm to advise on how much trouble US president Bill Clinton was in over the Monica Lewinsky affair ahead of Tony Blair’s first visit to the White House.

In a memo dated 25 January 1998 – less than two weeks before the prime minister’s visit – John McInespie, a lawyer at the firm, said Mr Clinton appeared to have fallen into a “trap” set by special prosecutor Kenneth Starr when he denied having sexual relations with White House intern Ms Lewinsky.

“Starr is involved in the classic American prosecutor’s strategy of trying to get ‘something on’ a target,” Mr McInespie wrote.

“You remember that Al Capone was eventually convicted of tax evasion. It is no different in this case. Starr has spent 30 million dollars and is desperate to get Clinton on the hook.

“So far, our people say that there is no ‘smoking gun’ to charge Clinton with anything, but that might not be the case by the time of the forthcoming visit of the prime minister.”

At a joint press conference on his visit to Washington, Mr Blair declared his support for Mr Clinton as “someone I can trust, someone I can rely upon, someone I am proud to call not just a colleague but a friend”.

In his report afterwards, British ambassador Sir Christopher Meyer wrote that there was “a lot of British credit in the American bank” after Mr Blair’s visit. 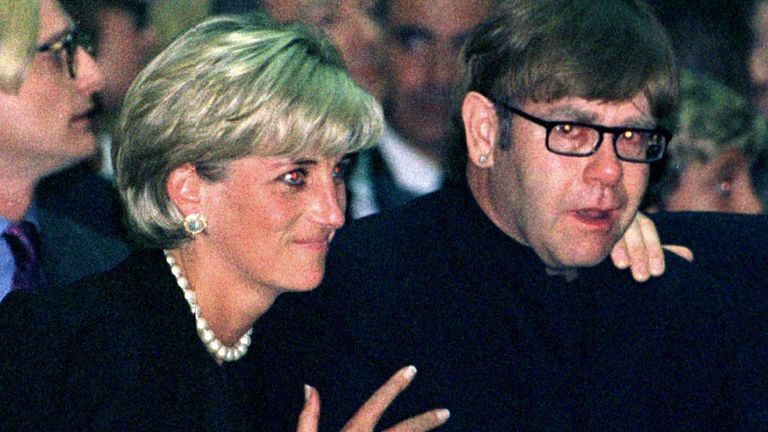 The Dean of Westminster personally appealed to Buckingham Palace to allow Sir Elton John to deliver his famous rendition of Candle In The Wind at the funeral of Diana, Princess of Wales.

In a note to a senior member of the royal household, the Very Rev Dr Wesley Carr – who was involved in negotiations over the service between the palace and Diana’s family – said the song had captured the public mood.

“This is a crucial point in the service and we would urge boldness,” he wrote.

“It is where the unexpected happens and something of the modern world that the princess represented.

“I respectfully suggest that anything classical or choral (even a popular classic such as something by Lloyd Webber) is inappropriate.

“Better would be the enclosed song by Elton John (known to millions and his music was enjoyed by the princess), which would be powerful.

“He has written new words to the tune which is being widely played and sung throughout the nation in memorial to Diana. It is all the time on the radio.

“Its use here would be imaginative and generous to the millions who are feeling personally bereaved: it is popular culture at its best.

“If it were thought the words too sentimental (although that is by no means a bad thing given the national mood), they need not be printed – only sung.”

Dr Carr’s letter suggests there was resistance to the plan for Sir Elton to sing at Diana’s funeral, although there is no record of the reply in the National Archives.

Following his performance at the Westminster Abbey service, Sir Elton’s single went on to sell 33 million copies around the world. 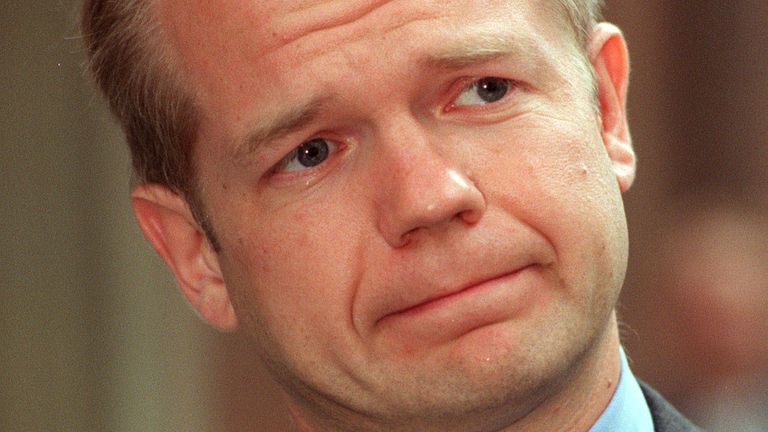 The vote, which led to the creation of the Scottish Parliament, was due to take place on 11 September 1997, with a referendum on Welsh devolution a week later on 18 September.

Mr Hague wrote to the prime minister appealing for a postponement after it was announced that Diana’s funeral would be on 6 September.

“This inevitably means that the referendum campaigns will effectively close down, and only three days will then remain for the Scottish campaign,” the then Tory leader wrote.

“This cannot, in any respects, be regarded as satisfactory,” he wrote.

“I strongly feel that Parliament should be recalled next week so as to arrange to amend the Referendum Act so as to effect a delay. With cross party agreement this would be a quick and straightforward procedure.”

However Mr Blair rejected the idea, telling Mr Hague that there were “serious practical difficulties”.

“Recalling parliament this week would have the effect of politicising this period of mourning – exactly what everyone wishes to avoid,” the prime minister wrote. 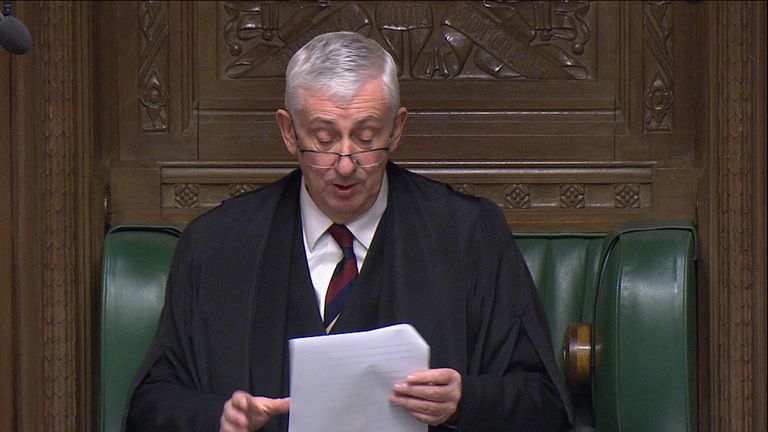 Sir Lindsay Hoyle, who is now Speaker of the House of Commons, was branded a “publicity-mad loony” by Number 10 for fuelling conspiracy theories about the death of Diana, Princess of Wales.

In the summer of 1998, Mr Hoyle (as he then was) sought to press Tony Blair over the supposed involvement of “British security agents” in Paris on the night the previous year when Diana and her lover, Dodi Fayed, were killed in a car crash.

“There has been an enormous amount of speculation on recent television documentaries that somehow British security forces may have been involved in the death of Diana,” he wrote.

“Making a statement on this matter would answer many of these questions and put an end to these rumours and uncertainty.”

Following his intervention, one Number 10 official scrawled in a handwritten note: “Lindsay Hoyle is publicity-mad loony.”

In a letter to Mr Hoyle, marked “personal”, Mr Blair said it would “inappropriate” for him to make any sort of statement that might prejudge the ongoing French investigation into the crash.

He added: “However, as the Foreign and Commonwealth Office have been saying for months, any suggestion that any British official organisation or department had anything to do with this tragic event is both ridiculous and deeply distressing for the bereaved families.” 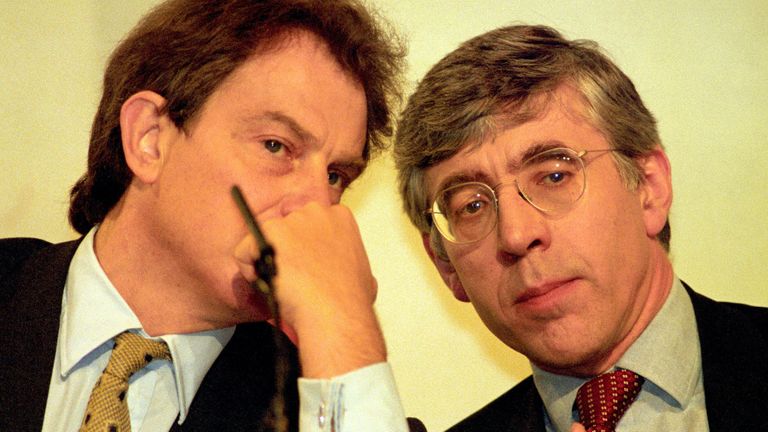 Tony Blair blocked proposals for an ambitious race equality strategy following the inquiry report into the racist killing of the black teenager Stephen Lawrence in south-east London in 1993.

The landmark Macpherson report, published in February 1999, set out wide-ranging proposals for reform after it found that the Metropolitan Police investigation into the murder had failed in part due to “institutional racism”.

In response, the then-home secretary, Jack Straw, who had commissioned the inquiry, wanted to publish a government white paper with a 10-year strategy for tackling racial inequality.

In a handwritten note, Mr Blair commented on Mr Straw’s proposals: “I really don’t want a regulation nightmare out of this.”

The proposal for a white paper was finally killed off at a meeting between Mr Blair and Mr Straw on March 18 1999.

“The prime minister said that he shared the home secretary’s political objectives and it was clear that the government needed to have a clear and positive agenda for change,” the official note of the meeting stated.

“However, a white paper would offer too many hostages to fortune and the government would find itself under pressure to include all sorts of measures that it would prefer to avoid.” 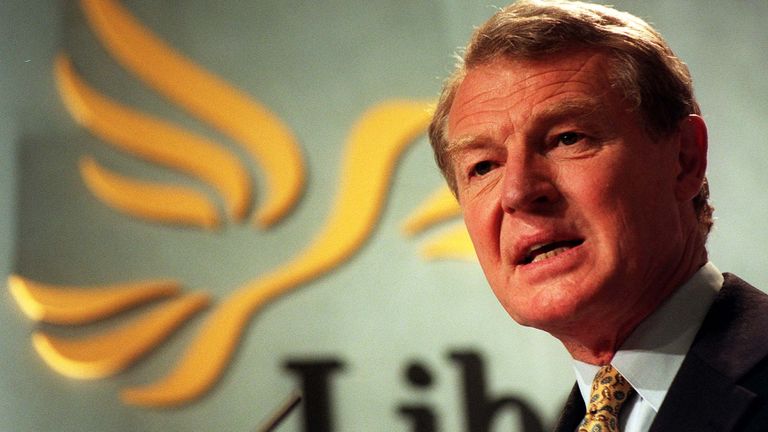 Liberal Democrat leader Paddy Ashdown wanted to redesign the House of Commons as a symbol of his party’s joint reform agenda with New Labour.

In a letter to Mr Blair in July 1998, he even proposed that the Commons chamber could be re-shaped as a “hemisphere” in recognition of the new culture of “consultation, pluralism, debate” which they hoped to inaugurate.

In a memo to the prime minister, Jonathan Powell, Mr Blair’s chief of staff, wrote: “I can’t believe that he has proposed a hemispherical House of Commons. Are you sure you want to go ahead with this project?”

Files also show that Mr Ashdown discreetly sounded out Ken Clarke about defecting from the Conservatives amid unhappiness over the eurosceptic direction the party was taking under new leader William Hague.

In a note to Mr Blair, Mr Ashdown said that he had had lunch with the former chancellor who told him he had no intention of leaving the Tories “at least until I am clear they cannot be dragged back to sense”.