The German Chancellor told the Bundestag the bloc still has a chance to secure a Brexit trade deal despite a recent spate of gloomy assessments of the talks by EU dealmaker Michel Barnier. She said the so-called level playing field and fair competition clauses were a much bigger issue than securing future access to Britain’s fishing grounds as the wrangling over the future relationship pact enters the endgame. In her pre-summit speech, Mrs Merkel said: “Of course we will talk about Great Britain’s exit from the EU and the contractual basis.

“The British Prime Minister will meet with the president of the Commission this evening, the commission is leading the negotiations for us and we have full confidence.

“There is still a chance there will be a deal. I don’t think we will know by tomorrow if this will happen or not, at least I can’t promise this but we are still working on it.

“But we are also prepared for conditions we cannot accept. So if there are conditions coming from the British side which we cannot accept, to then go our own way without an exit agreement. Because one thing is certain: the integrity of the single market has to be maintained.” 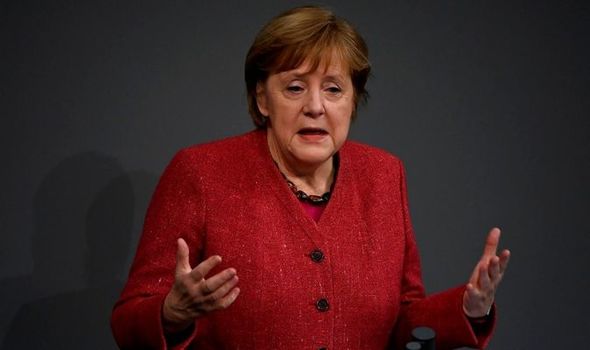