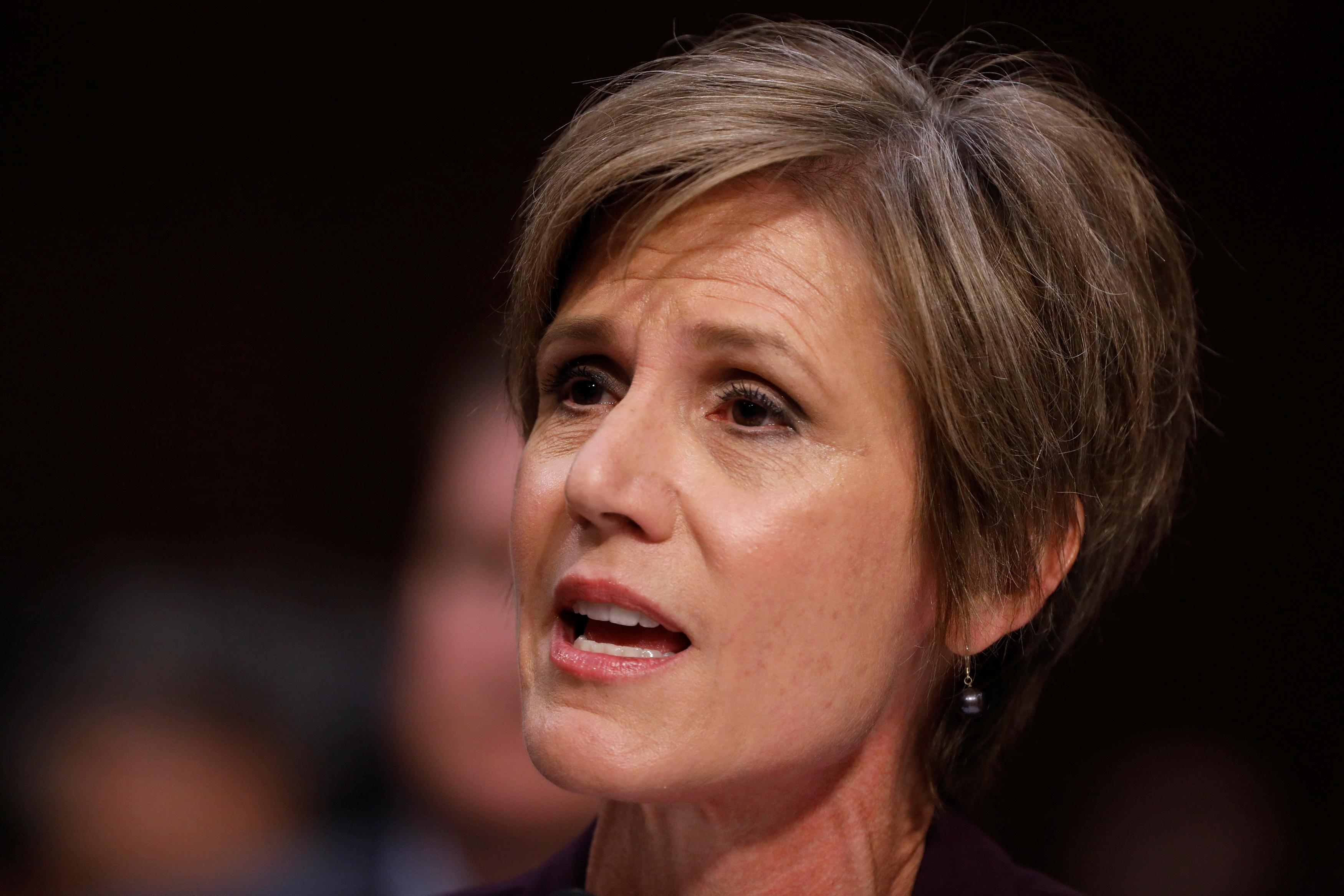 “This was an attack on our democracy. This attack was absolutely unprecedented,” Yates said. Russia’s response to Obama’s sanctions was muted.

Flynn twice pleaded guilty to lying to the FBI about his conversations with Kislyak. Flynn subsequently switched lawyers to pursue a legal campaign which accused the FBI of setting him up.

He asked a federal judge to dismiss the criminal case against him. The dismissal request, backed by Trump’s Justice Department, is now pending before a U.S. appeals court.

Committee Republicans used the hearing to air complaints by Trump supporters that the Obama-era Justice Department had used a controversial “dossier” on alleged Trump contacts with Russia prepared for Clinton’s campaign by a former British spy to obtain an electronic surveillance warrant on a former Trump campaign aide before the 2016 election.

Yates said she was “not aware of anyone at the Department of Justice trying to keep Donald Trump from becoming president.”

Trump fired Yates in the first month of his presidency when she refused to defend his administration’s first effort to ban travelers from seven Muslim-majority countries.