Sir John also suggested Rishi Sunak’s prospects are “shaky”, despite topping today’s second ballot of MPs with 101 votes, with his brand having been damaged by his Covid lockdown breach fine and the row over his wife’s non-dom status. A poll published by YouGov yesterday suggested Ms Mordaunt, 49, would crush Mr Sunak, 42, handily in a run-off election, with her favoured by 67 percent of Tory Party members, compared with just 28 for the former Chancellor.

However, Mr Curtice, Professor of Politics at the University of Strathclyde, suggested her relative obscurity was likely to hamper her further down the track.

He explained: “If Penny Mordaunt were to win this contest, she will be the least well known Prime Minister in the office of any modern British politician. 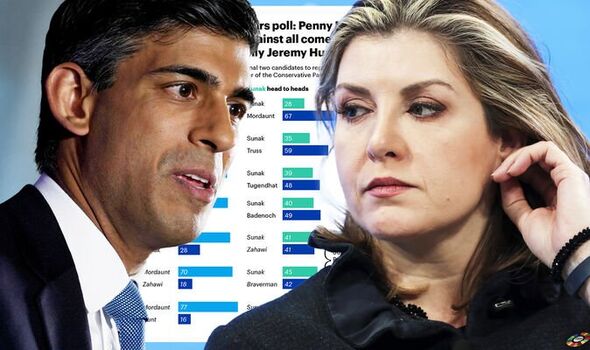 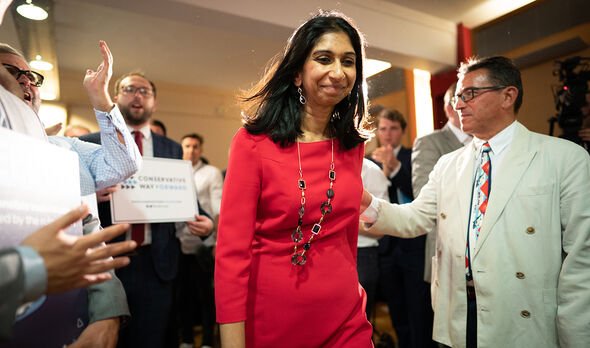 “Some polls find as many as 60 percent of people say, I don’t know enough about her to tell you if she’d be any good or not and that includes 2019 Conservative voters.

“So whatever her popularity membership, and we can debate that, there is another obvious questions facing Tory MPs.

“On the one hand, you can say this is somebody who has proven to be very popular amongst the members, she’ll get a higher profile as if she goes onto the ballot and then they will be able to see whether or not she can appeal to the wider public.

JUST IN: Eurozone has ‘big problems at its heart’ as MAJOR weaknesses laid bare 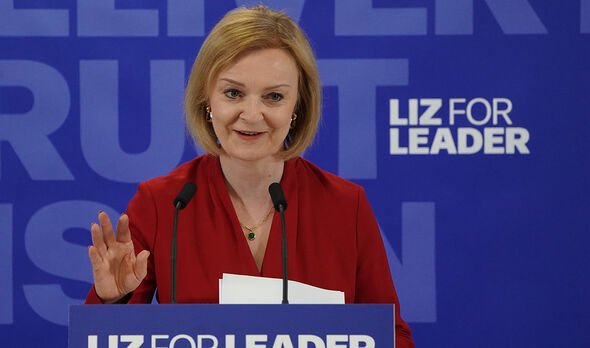 “That’s one argument. The other argument is that she has a niche appeal, which will not necessarily translate into an ability to appeal to the wider public. In other words she’s got a sort of Penny Who? conundrum.”

He said: “YouGov has you can definitely found quite substantial movement in Mordaunt’s direction. Opinium has picked up some but not so much.

“What the two companies have been disagreeing about to a degree, at least in the beginning, is just how pro-Mordaunt the membership is. 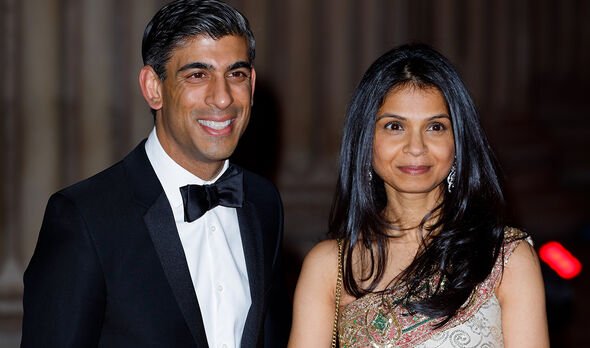 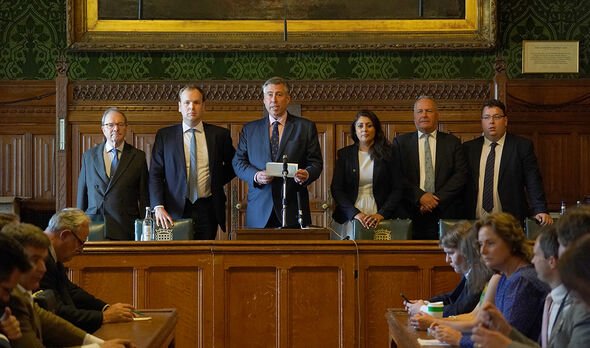 “But what is clear is that nobody has this in the bag. I guess. It’s certainly not inconceivable given the data we’ve got that Mordaunt might beat Sunak but it’s just worth sounding a slight note of caution given the two companies are coming up with slightly different figures.”

Meanwhile Sir John stressed Mr Sunak had significant problems of his own.

He said: “It’s debatable whether he’s the front runner or not. The honest truth is he’s been shaky ever since he got fined over Partygate and had the non-dom problems. 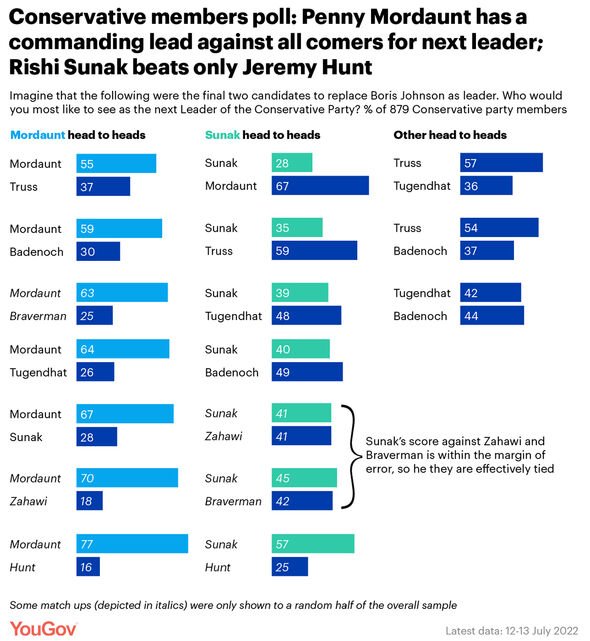 “He was very popular with the public but now he’s got as many people who think he’s good, as think he’s bad. He’s not recovered markedly from that.

“What he has the high name recognition factor, he’s relatively popular but as popular as he was. So I’m not sure anybody is the front.

“If you’re putting together, the direction in which the MPs might go and what we know about membership.

“I’m not sure anybody is in front – I think it’s still an open contest.” 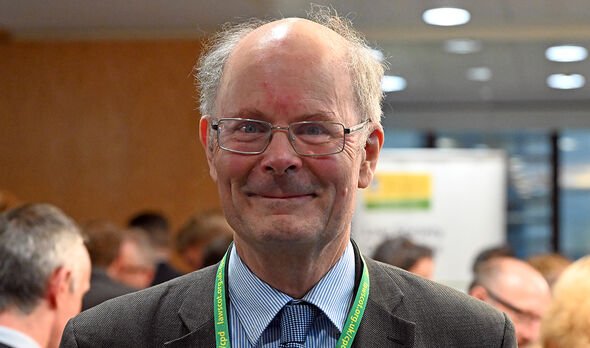 YouGov’s poll was based on interviews with 876 Conservative Party members undertaken on July 12 and 13.