The beleaguered Health Secretary was backed by Boris Johnson after being forced to apologise for flouting his own department’s advice to the public. Video images show the married Cabinet minister in a clinch with Gina Coladangelo, a non-executive director at the department, in his Whitehall office. Their hugging and kissing, breaching social-distancing guidance against physical contact with members of other households, was caught on camera last month as infections of the Covid delta variant soared. In a statement yesterday, the Health Secretary said: “I accept that I breached the social distancing guidance in these circumstances. I have let people down and am very sorry.

“I remain focused on working to get the country out of this pandemic, and would be grateful for privacy for my family on this personal matter.”

The pictures, taken from inside the Government building were obtained by The Sun.

They are believed to have been released by a whistleblower, who told the newspaper it was “shocking that Mr Hancock was having an affair in the middle of a pandemic with an adviser and friend he used public money to hire”.

Despite widespread fury, the Prime Minister “accepted” the Health Secretary’s apology and rejected calls for his resignation.

A Downing Street source said: “Matt accepts he has done something wrong and explained that he is sorry. The Prime Minister has accepted his apology and there is nothing further to add.”

Labour accused Mr Johnson of being “spineless” for keeping Mr Hancock in his job.

A snap opinion poll by Savanta-ComRes found 58 per cent of voters thought Mr Hancock should quit. Mr Johnson and Mr Hancock are understood to have discussed the scandal yesterday in a series of routine Downing Street meetings. Officials refused to discuss whether the Cabinet offered his resignation. 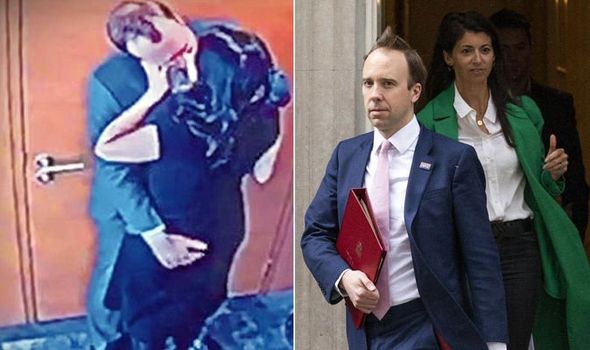 Asked if Mr Johnson had “full confidence” in Mr Hancock, the spokesman said: “Yes.” A Labour spokeswoman said last night: “This matter is definitely not closed, despite the Government’s attempts to cover it up.

“Matt Hancock appears to have been caught breaking the laws he created while having a secret relationship with an aide he appointed to a taxpayer-funded job.

“The Prime Minister recently described him as ‘useless’ – the fact that even now he still can’t sack him shows how spineless he is.”

Mr Hancock, 42, was also facing questions about the appointment of Ms Coladangelo, 43, to her role. They have been friends since their days at Oxford University. 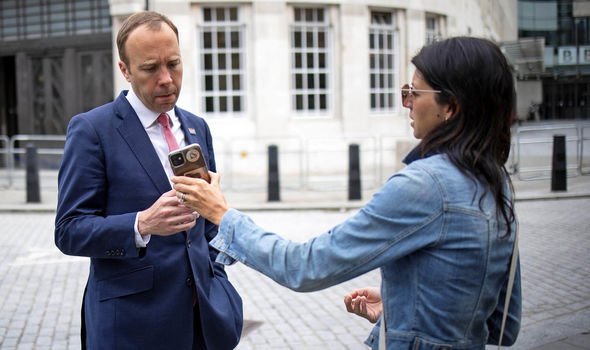 She was initially an unpaid Whitehall adviser before later becoming a non-executive director at the Department of Health.Labour deputy leader Angela Rayner called on the Prime Minister’s independent adviser on ministerial interests Lord Geidt to investigate whether the Health Secretary broke the ministerial code over the appointment and his relationship.

In a letter to Downing Street, Ms Rayner wrote: “Reports suggest that he has now failed to declare that he was engaged in a relationship with someone who he personally appointed at taxpayers’ expense. Such a failure would appear to be a further breach of the ministerial code, which in these circumstances should surely result in his removal from office.”

Disquiet about Mr Hancock’s behaviour was growing among Tory MPs last night. One backbencher said: “I couldn’t care less who or what he’s doing in his private life, but ministers cannot break the law with impunity, particularly the draconian ones they drafted.” Some Cabinet rivals were said to be amused by his humiliation.

But former Conservative Party leader William Hague said it was “not in the national interest” for Matt Hancock to resign.

Speaking to Times Radio he said: “Is it actually the best thing for the country to tell somebody else to start this job tomorrow morning? I don’t think it is.”

Mr Hancock has been under pressure following claims from former Downing Street adviser Dominic Cummings that he lied to the Prime Minister about measures to shield care home residents. 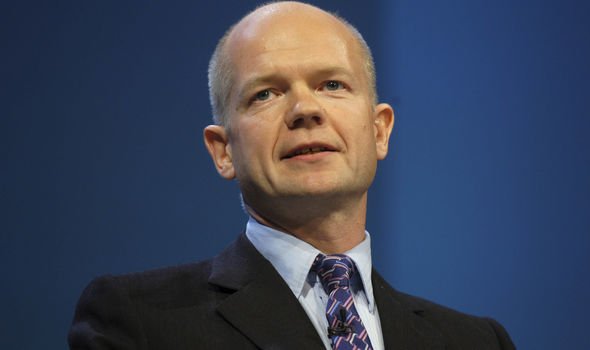 Earlier in the pandemic, the Health Secretary backed the resignation of adviser Professor Neil Ferguson who was revealed to have met with his married lover during lockdown. An Instagram post saying Mr Hancock was seeking more “brilliant women” to join his team was spotted hours after the scandal broke. It was later deleted.

Mr Hancock has been married to his wife Martha for 15 years, and the couple have three children.

Ms Coladangelo is the marketing and communications director at Oliver Bonas, a retailer founded by her husband, Oliver Tress.