Norwich South MP Clive Lewis coordinated a letter from nearly 70 MPs and peers demanding a deportation flight of convicted criminals be stopped. Despite their protests, the flight took off in the early hours of this morning 13 convicts on board.

Ms Patel described Labour’s letter demanding the flight be cancelled as the one which had caused her the “most concern and distress” since becoming Home Secretary.

“Removing those from the country who have caused harm, served their sentence and now have no right to remain is just one way in which a responsible Government acts to keep its people safe,” she said.

“I would encourage you to reconsider your position and stand in solidarity with the victims of these crimes by supporting the government’s efforts to remove the dangerous, unpredictable and violent foreign nationals who committed them.”

She said she was “imploring” Labour to consider “the victims of these criminals’ shameful offences”, adding: “There can be no doubt that the idea of these deportations being halted at the last minute only serves to re-traumatise victims.” 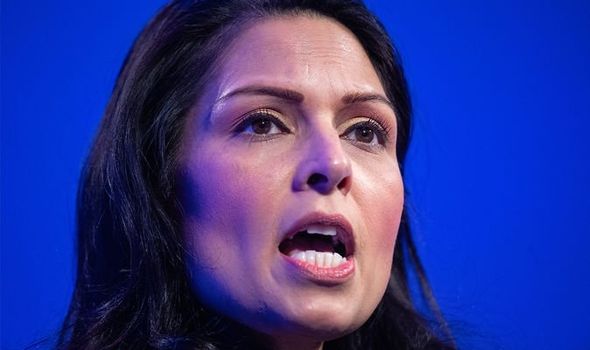 Mr Lewis had argued the “dangers of return are huge” for those being sent back to Jamaica.

His letter warned: “We know that five UK deportees were killed between 2018-2019.

“Some people in detention have scars from past abuse in Jamaica, or siblings who have been murdered.”

It added: “Some of the individuals affected arrived in this country as children. 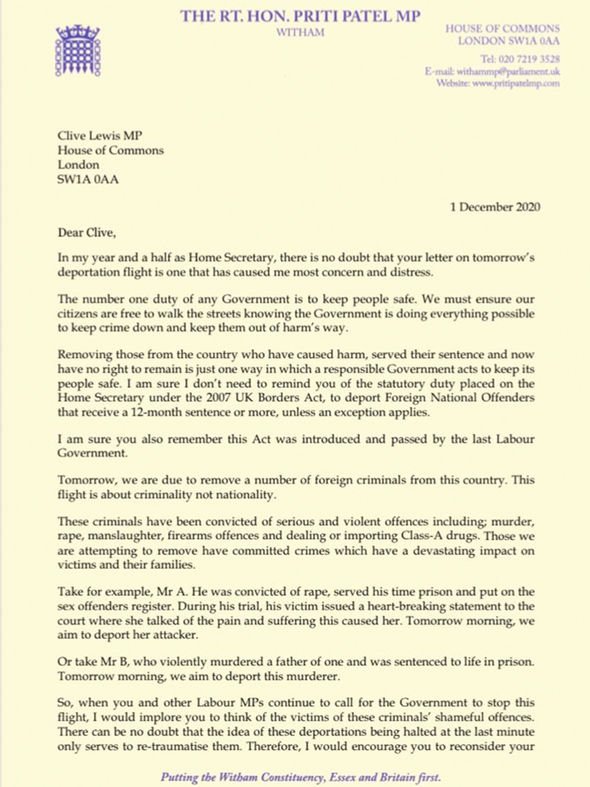 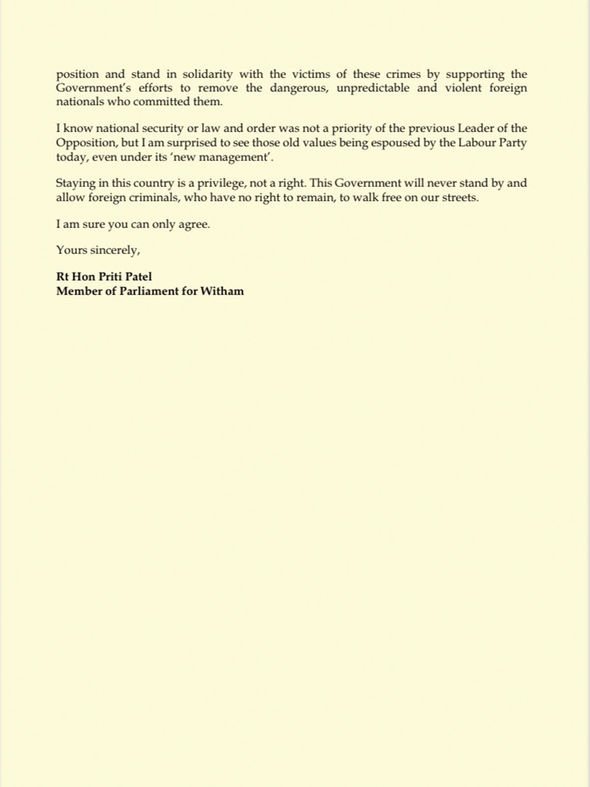 “Many now have children of their own. Britain is their home.”

As many as 36 criminals were originally due to be deported but nearly two dozen were removed after last-minute legal challenges.

Immigration minister Chris Philip expressed his frustration at lawyers who had blocked some of the deportations.

He said this morning: “These individuals had every opportunity to raise the claims in the days and weeks leading up to the flight, however, a significant number of claims were not submitted until hours before the flight was due to leave – meaning murderers and rapists have been able to stay in the UK. 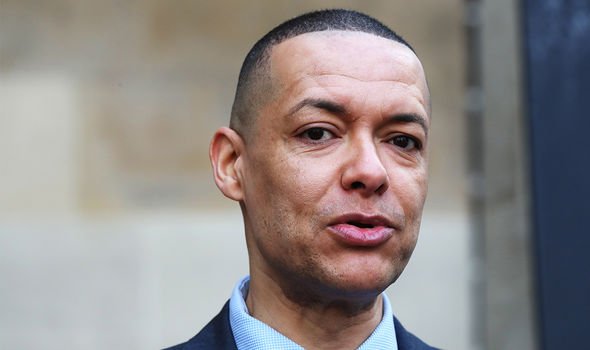 “Those we are attempting to remove have committed crimes which have a devastating impact on victims and their families.

“We will be working through these cases as quickly as possible.

“I remain committed to removing foreign criminals and anyone without a legal basis to be here to keep the British public safe – which will always be my number one priority.”

The Home Secretary has taken human rights lawyers head on, accusing them of sabotaging the work of her department. 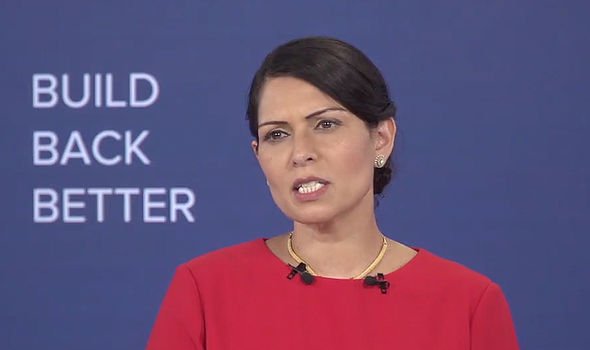 In her Conservative Party Conference speech earlier this year, Ms Patel hit out at human rights lawyers for holding up the deportation process.

She said: “The do-gooders, the leftie lawyers, the Labour Party – they are defending the indefensible.

“That is something I will never do.

“If at times it means being unpopular on Twitter, I will bear it.”