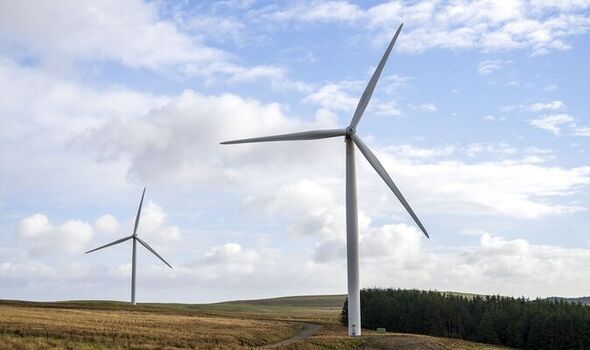 Proposals by senior Tories mean households would be offered cheaper energy if they charge their electric car when it is sunny in Cornwall, allowing energy to be generated from solar panels, or put on washing when wind powers turbines in Northumberland. Mr Kwarteng has agreed to meet Conservative MPs who are demanding more help as the nation faces soaring bills. Former business and environment secretary, Dame Andrea Leadsom, who asked for the meeting, said: “The cost-of-living crisis is the biggest challenge facing us.”

Dame Andrea chairs the 1922 Committee on Business, Energy, Innovation and Skills. Its members drew up the plans after consulting energy firms, charities, think-tanks and academics.

Schemes include bringing forward “smart pricing”, in which people are charged lower prices when pressure on the energy grid is lowest.

The MPs also want the Government to offer people loans to insulate homes or fit solar panels. And they have called for fuel bill discounts in return for energygenerating projects such as wind, solar and shale gas extraction in their communities. Committee members have set out a series of “quick wins” to help households cut costs, including having boiler settings changed.

Dame Andrea said: “If you live in a very sunny area, like Cornwall, and there is lots of solar power, you could benefit from cheaper electricity.That would require a move right across the grid to local pricing.

“Costs are rising partly because of the damage done by lockdown, which has disrupted supply chains, leading to supply-side inflation.

“Added to that is the massive issue of the appalling Russian invasion of Ukraine, which has led to a huge spike in international gas and oil prices. Both Russia and Ukraine are big suppliers of agricultural produce, which means food prices will be rising as well. It’s a disastrous combination of factors, which is going to result in real problems for people.”

In the short term, families could cut fuel bills by changing to low-wattage lightbulbs and turning off devices rather than leaving them in stand-by mode, Dame Andrea said.

Meanwhile, an exclusive poll for the Sunday Express found 67 per cent of voters want the Government to scrap “green levies”, which add £153 to the average fuel bill. Just 19 per cent were opposed.

This month’s energy price cap rise means people on default tariffs who pay by direct debit will see bills increase by up to £693 over 12 months. Another hike is likely in October, when the cap is reviewed again.

Help announced by Chancellor Rishi Sunak includes a £150 council tax rebate for those in bands A to D.

Households will also get a £200 discount on their fuel bills – but they will have to repay this over five years at £40 a year.

Many low and middle earners will also receive a tax cut as the threshold at which people pay National Insurance rises by £3,000 to £12,575 a year.