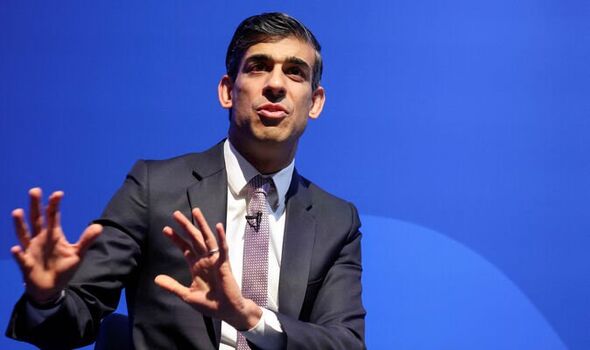 The Chancellor is bringing in top economic crime investigators to track down gangs that stole £4.9billion through bogus claims. Experts will also launch spot checks on Whitehall departments to look for weaknesses that could be breached by criminals. Mr Sunak said: “We will chase down fraudsters who rip off the taxpayer.

“This elite squad will ensure the latest counter-fraud techniques are being used to track down criminals.”

He said people were “rightly furious” about how swindlers fleeced the Covid schemes and “we are acting to make sure they pay the price”.

The team, which will be up and running by the summer, will also spot suspicious firms and people seeking Government contracts.

Struggling businesses received Covid bounce-back loans of up to £50,000 at the start of the pandemic.

But there was light-touch regulation to make sure the money was given out quickly.

Former anti-fraud minister Lord Agnew accused the Government of “astonishing complacency” over losing billions of pounds. But he said: “I just want to try and focus on what can still be done.

“Although the trail will go cold the longer this is left, there is still the opportunity to pursue these people.”

Treasury select committee chairman Mel Stride said: “The Government has stated that lots of work on combating fraud is in train, and it places much emphasis on its upcoming Economic Crime Bill.

“However, it appears to dismiss our recommendation for a single law enforcement agency with responsibility for fighting fraud and a single Government department tasked with overall responsibility in this area.”

He added: “This may be a significant missed opportunity.”

The committee made the suggestions in February, before Vladimir Putin invaded Ukraine.

Since then, the Government has announced several moves to combat economic crime and has launched a series of measures to sanction Russia and its allies.

Meanwhile, Mr Sunak sounded a warning that despite many cash demands on the Treasury, there was a “limit to how much we should be borrowing as a country”. He told parents’ website Mumsnet he “can’t always do everything people want” because it could “make the situation worse”, such as raising interest rates.

The Chancellor also said he was reluctant to borrow more because future generations would have to “pick up the tab”.