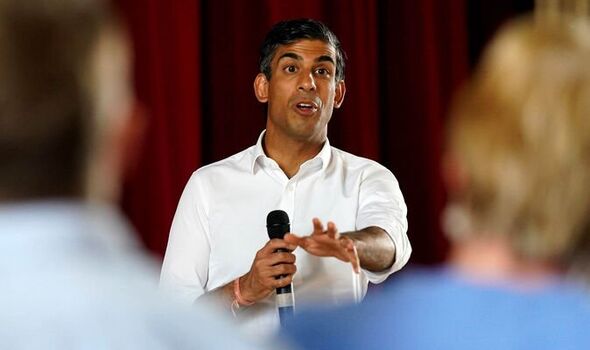 Rishi Sunak insisted he will not quit the Conservative leadership despite trailing in the polls to Liz Truss. The former Chancellor dismissed suggestions he should withdraw now for the good of the country so a new government can be formed to deal with the cost of living crisis. Mr Sunak insisted he would fight to the last day in the contest that ends on September 5. “I am fighting for what I believe is right for our country,” he said.

“We are only half way through this thing. I am going to fight until the last day with everything I have got because I am fighting for what I believe in.”

Mr Sunak launched a savage attack on opponent Ms Truss as the candidates battled for support at a hustings in Cheltenham, describing her economic plans as a “moral failure”.

He said: “If you support a plan that Liz is suggesting, which says she doesn’t believe in doing that, doesn’t believe in providing direct financial support to those groups of people, now that’s what she said because she thinks her tax cut is going to help them, which it is not, we are going to, as a Conservative Government, leave millions of incredibly vulnerable people at the risk of real destitution.”

Ms Truss said she opposes “Gordon Brown-style economics” and warned that increasing taxes will “choke off economic growth” and send the country to “penury”.

She said: “What I have always said is that my first preference is always to reduce taxes. 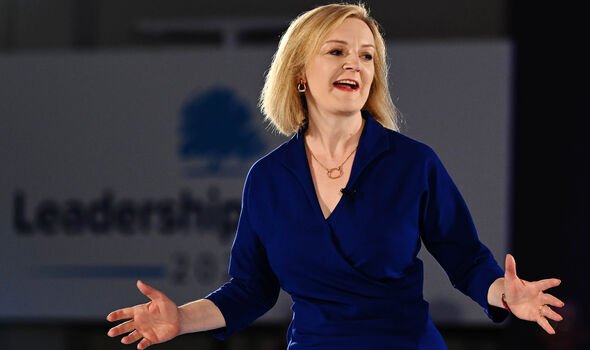 “I do not like Gordon Brown-style economics where you take money off people in taxes and give it back in benefits.”

She added: “If the answer to every question is raising tax, we will choke off economic growth, and we will send ourselves to penury, and I think that’s a massive problem.”

In a weekly tracker poll by Techne UK of voting intentions Ms Truss had the backing of 60 percent of Conservative voters compared to 33 percent for Mr Sunak.

Among the general public the frontrunner was on 43 percent, up by two, compared to 27 percent for the former Chancellor, who was down two.

The Conservative party closed the gap on Labour to four points from five last week with the Tories on 35 percent  and Labour on 39 percent.