The Education Secretary told MPs the Government was “looking at” suggestions of cutting holidays to put on extra lessons for children. He said Sir Kevin Collins, who has been appointed the Government’s Education Recovery Commissioner was assessing a range of options to help make up for lost time.

All school children in England except those with parents who are key workers have been forced to stay home away from the start of January when a new national lockdown was announced.

They are due to finally start returning to the classroom next Monday after more than two months without face-to-face teaching.

Answering questions in the Commons this afternoon, Mr Williamson said he recognised the pandemic would have severely impacted those from a disadvantaged background and risked widening the attainment gap.

He said money to schools would be targeted to help those who needed extra teaching the most. 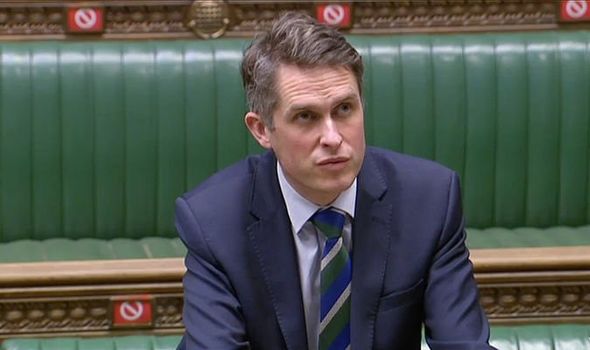 However, the Education Secretary did not rule out the prospect of the school year being restructured to reduce the length of summer holidays for all pupils.

Conservative MP Imran Ahmad Khan said: “I was interested reading the Institute of Economic Affairs’ recent report entitled ‘Back to school and after’, which outlines a number of policies that would help resolve critical issues facing our schools.

“Summer holidays are one key area. It appears they prove counterproductive for pupils.”

He added: “I wonder if the minister would kindly look into the proposal of restructuring the school year to reduce the length of summer holidays, a policy that would greatly benefit pupils and parents?”

Mr Williamson responded: “We’ve asked Sir Kevan Collins to look across a broad range of different ways of giving children a boost in terms of being able to not just catch up in terms of any learning that they’ve lost, but actually more fundamentally make major changes to actually how we drive educational attainment over a generation and more.

“And of course all of this is something that Sir Kevan will be looking at.”