CHARLESTON, S.C. (Reuters) – James Clyburn, the No. 3 Democrat in the House of Representatives and an influential black legislator from the early voting state of South Carolina, said on Wednesday he would endorse former U.S. Vice President Joe Biden’s bid for president. 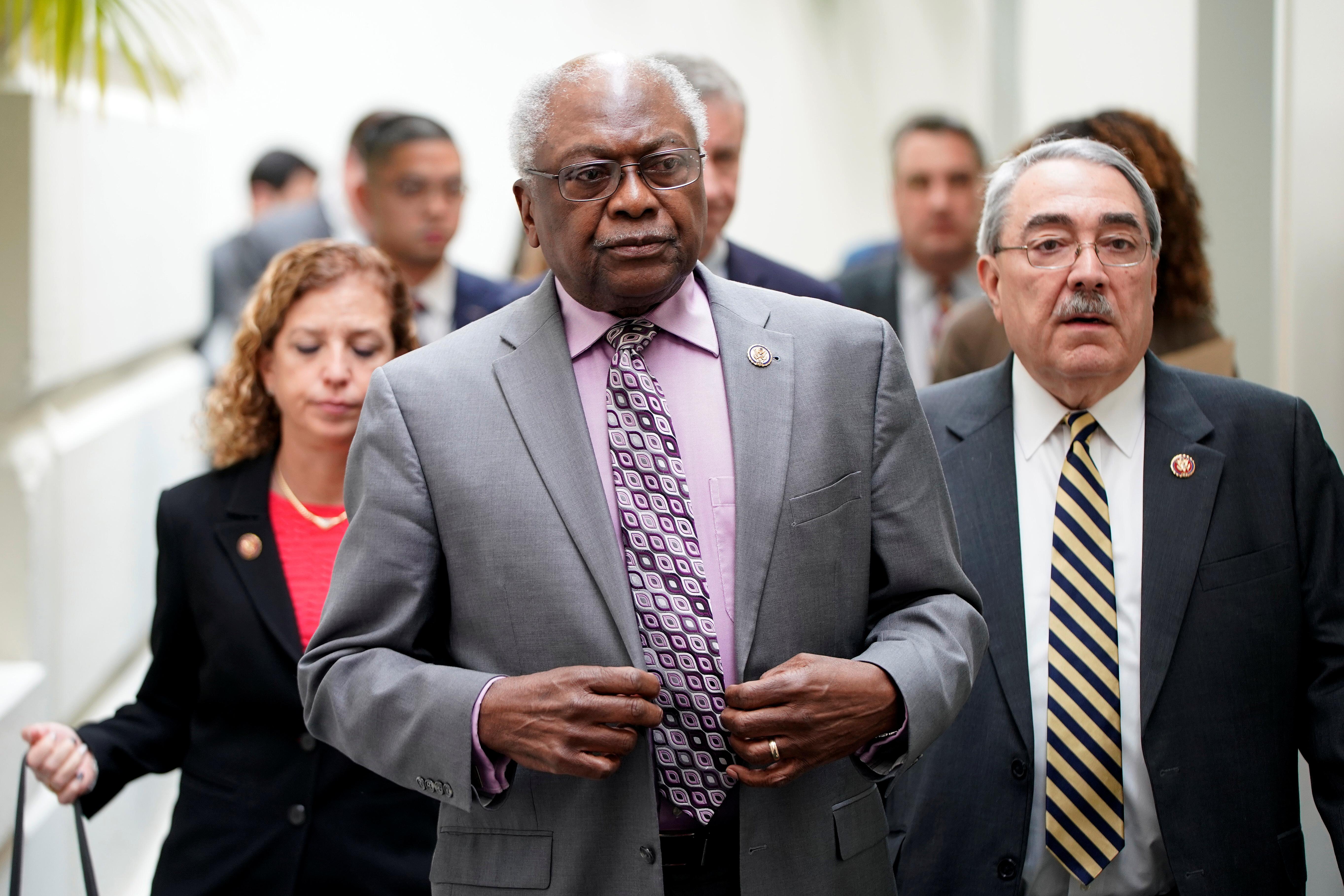 Biden, the former vice president who was once the front-runner in the national race, is counting on his traditional strong support from black voters, who make up about 60% of the state’s Democratic electorate, to help him win in South Carolina’s primary on Saturday.

Democratic White House contenders attended a breakfast with black ministers in South Carolina, hours after a rowdy debate that featured repeated attacks on front-runner Bernie Sanders as a risky choice who would lead the party to defeat in November.

Sanders and the other debate participants – all except billionaire Michael Bloomberg – were at the breakfast hosted by civil rights leader Al Sharpton. The event focused on mobilizing black churches to get out the vote this year.

Opinion polls have shown Sanders cutting into Biden’s lead with those voters, and the latest Reuters/Ipsos poll showed Sanders surpassing Biden in support among them.

In a debate on Tuesday night that featured candidates repeatedly shouting over one another and plowing past their time limits, Sanders’ opponents attacked the self-avowed democratic socialist, saying his nomination would cost Democrats the White House and control of Congress.

“Bernie will lose to Donald Trump, and Donald Trump and the House and the Senate and some of the statehouses will all go red,” said Bloomberg, the former New York mayor, calling the prospect “a catastrophe.”

Pete Buttigieg, the moderate former mayor of South Bend, Indiana, criticized Sanders for the changing estimates on the costs of his proposals such as government-run healthcare and warned the front-runner would bring about chaos.

“If you think the last four years has been chaotic, divisive, toxic, exhausting, imagine spending the better part of 2020 with Bernie Sanders versus Donald Trump.”

Sanders has taken command of the Democratic race after his resounding win last week in Nevada, and the debate was the last chance for his opponents to try to stop his momentum before this weekend’s South Carolina primary and next week’s 14 vital Super Tuesday contests.

Sanders held his ground, defending healthcare as a human right and saying his economic and social justice agenda, including his Medicare for All plan to replace private health insurance with a government-run program, is supported by the American people.

“If you want to beat Trump, what you’re going to need is an unprecedented grassroots movement of black and white and Latino, Native American and Asian, people who are standing up and fighting for justice. That’s what our movement is about,” Sanders said.

Underscoring the high-stakes of Tuesday’s debate, even Elizabeth Warren, a senator from Massachusetts and a progressive ally of Sanders, took a swing at her old friend.

“I think I would make a better president than Bernie. And the reason for that is that getting a progressive agenda enacted is going to be really hard,” said Warren, who is trying to revive her struggling campaign after poor showings in the first three nominating contests.

“I dug in, I did the work, and then Bernie’s team trashed me,” she said.

Also attending the breakfast in Charleston on Wednesday will be Senator Amy Klobuchar and billionaire activist Tom Steyer.