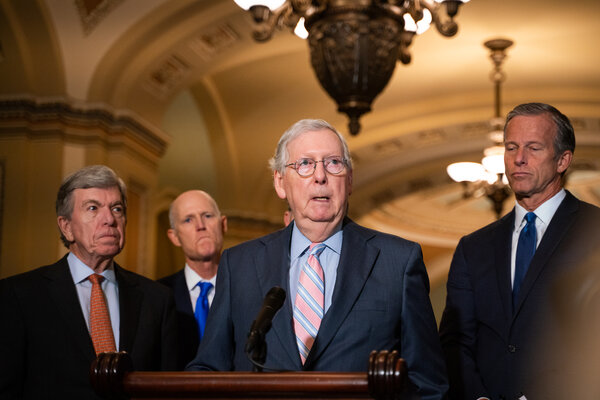 As the Delta variant rips through conservative swaths of the country, some elected Republicans are facing growing pressure from public health advocates to speak out — not only in favor of inoculating their constituents against the coronavirus, but against media figures and elected officials who are questioning the efficacy of the vaccines.

“We don’t control conservative media figures so far as I know — at least I don’t,” Senator Mitt Romney, Republican of Utah, said in an interview on Wednesday. “That being said, I think it’s an enormous error for anyone to suggest that we shouldn’t be taking vaccines. Look, the politicization of vaccination is an outrage and frankly moronic.”

Republican senators who favor vaccination are still taking pains not to mention the names of colleagues, such as Senators Ron Johnson of Wisconsin and Rand Paul of Kentucky, who have given voice to vaccine skepticism, or media personalities like Fox News Channel’s Tucker Carlson, who expresses such skepticism almost nightly.

Vaccines are indeed effective against the Delta variant, and nationwide, the numbers remain at some of the lowest levels since the beginning of the pandemic.