Shadow Chancellor Rachel Reeves has accused the SNP of failing to comprehend “how on earth people are going to get through the next few months” as prices spiral. The SNP leader has been facing strikes by council workers after they rejected a five percent pay offer, leaving Scotland’s streets filthy as rubbish piled up.

The Scottish Government is currently in talks with union and council leaders ahead of a fresh bout of industrial action due to begin next week.

The strike was carried out in the middle of the world-famous Edinburgh Fringe Festival, leaving visitors less than impressed when visiting the historic and beautiful Scottish capital.

The strike action will now spread to even more council-run services, with nursery and school staff joining refuse workers in the campaign for higher pay.

Speaking about the rubbish piles throughout Edinburgh, Labour’s shadow chancellor said: “It’s the first thing you notice when I got off the train at Waverley. 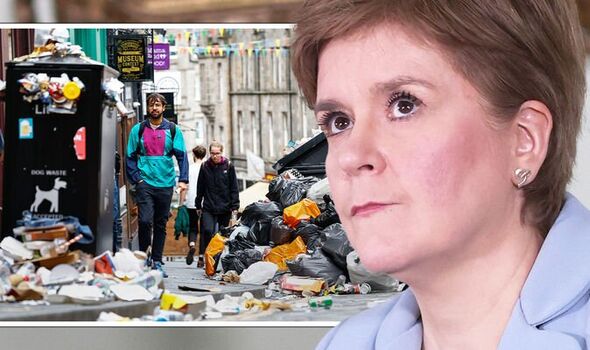 “You see it as you go all around the city, and it is really sad during the festival, for this to be what people’s experience is.

“I do think that Nicola Sturgeon and the SNP sound quite tin-eared to the concerns of low-paid public service workers, who are genuinely really worried about how they are going to pay their bills this autumn and winter.

“From what I’ve seen, the proposal that has been put forward is sort of ‘take it or leave it’ and it does sort of sound like a real lack of understanding about how on earth people are going to get through the next few months.

“And that’s why the Scottish Government do need to be using all the powers they’ve got to help people through these winter months. 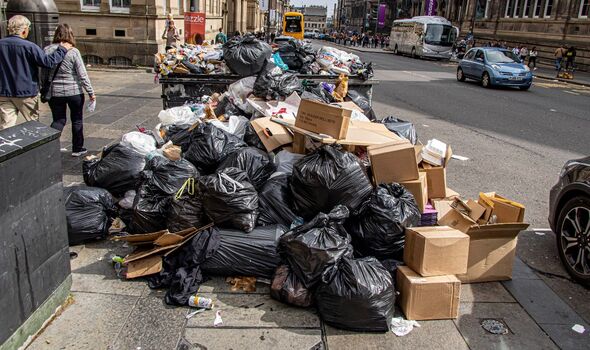 “Instead of wasting money on various failed schemes, actually get the money to the people who most need it.”

Edinburgh’s Labour council is responsible for the refuse collection and schools in the area.

Workers are set to walk out again next week, with Unite industrial officer Wendy Dunsmore claiming a “winter of discontent” lies ahead.

The action will be spread across 19 Scottish council areas.

DON’T MISS
Next Prime Minister polls tracker: Who will be the next PM? [ANALYSIS]
Your pay will be worth what it was in 2003 – the outlook is terrifying [OPINION]
Sturgeon forced into emergency talks amid school and bin strikes [REPORT] 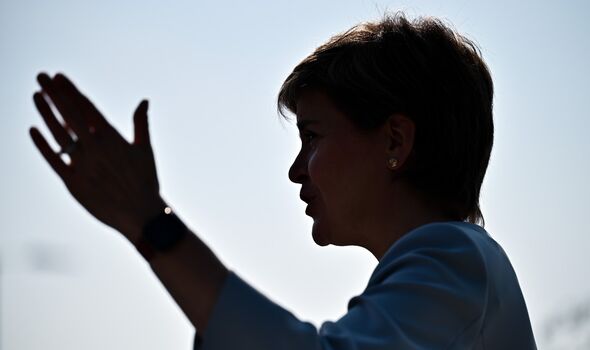 “But we are hoping against all hope that the Scottish Government and Cosla will see sense and get back round the table with a proper rise for the lowest paid within local authorities.”

A Scottish government spokesman has said talks are progressing in the right direction, with a resolution hoped before the next round of industrial action.

They said: “Detailed negotiations took place on Thursday afternoon and carried on late into the night.

“We are grateful to all parties and would encourage all sides to continue to seek a fair and sustainable settlement.”

Shona Morrison, president of local government body Cosla, echoed the statement, saying discussions were still active and she was “really keen to find a solution as soon as we can”.

However, the Scottish Government has insisted there is no more money for pay increases above the revised five percent offer.