The new data finds that Sir Keir Starmer has failed to convince voters he will always act in the national interest. It comes despite the Labour leader taking a tough position on members of his top team supporting strikers on the picket lines.

The poll of 1,630 Britons by TechneUK conducted on August 3 and 4, found that 45 percent of Britons believe Labour continues to put the interest of trade unions first.

Less than a third, 31 percent, believed the party would prioritise the needs of the country, meanwhile 24 percent said they did not know.

Sir Keir has sought to dispel a narrative that his party is at the mercy of the unions.

Labour relies heavily on the big worker groups for funding. 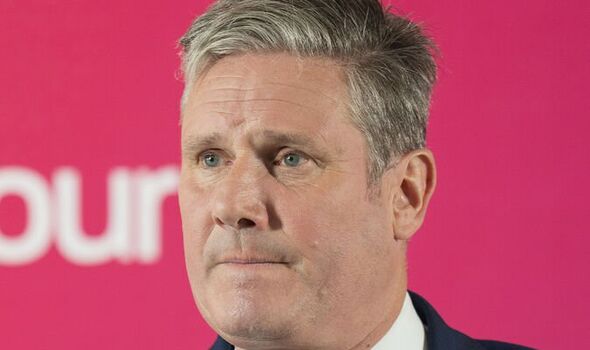 The party also gives unions a vote on policy at its national conference and on who should be its leader during elections.

The Tories have attempted to paint industrial action taking place in recent months as “Labour’s strikes” highlighting the close links between the unions and the Opposition.

Sir Keir warned members of his shadow cabinet against appearing on the picket lines in a bid to counter the claims.

He even sacked shadow transport minister Sam Tarry last month after he joined rail workers on a picket line outside Euston station and gave unauthorised media interviews in which he made up the party’s policy on strikes.

Multiple frontbench Labour MPs, including Lisa Nandy, have been seen joining workers on strike since then. 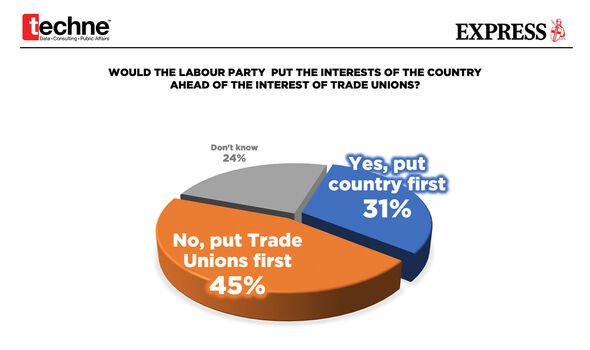 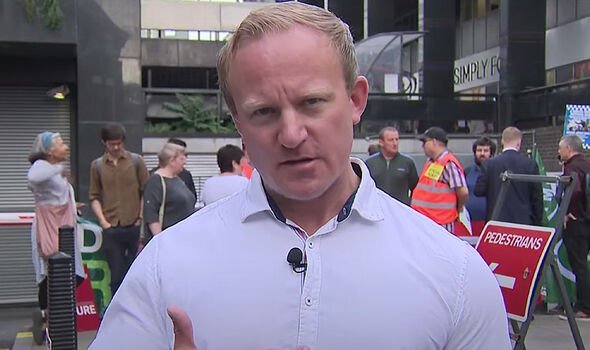 TechneUK’s polling indicates Sir Keir still has a lot of work to do before the public trusts him to stand up to the unions.

One Tory MP told Express.co.uk: “Starmer’s strategy on the strikes has truly awful.

“And it’s great for us. Just as we looked down and out with the voters, Labour finds away of tearing itself apart as well.”

Since the survey was conducted, an old video of the Labour leader has also resurfaced in which he vows to stand by workers on strike. 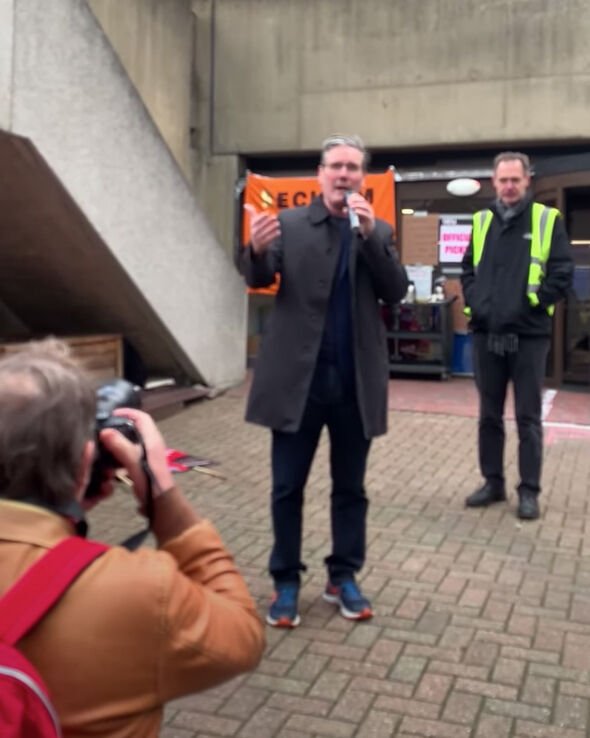 The clip, from during the Labour leadership election in 2020, shows the Holborn and St Pancras MP speaking to University and College Union members on the picket line.

He says: “It’s really important you get politicians to come out and support you and stand with you in this.

“I’m very proud to do that to be with you this morning and to support you through this campaign both as the local MP for here but also in the shadow cabinet and running as leader of the Labour Party.

“Because my leadership, if I win it, will be standing with you and other campaigns like you.”