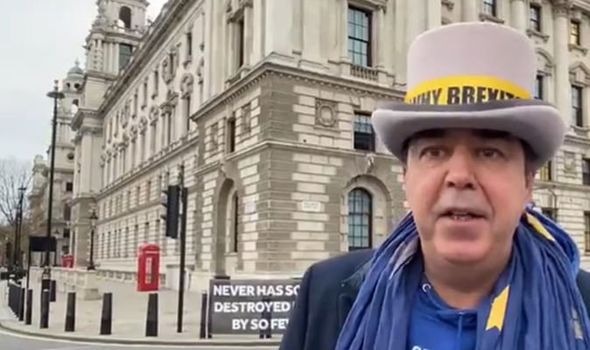 Steve Bray, known for shouting “stop Brexit” outside Parliament, claimed officers put the sign in the back of their vehicle and drove off with it.

In a video posted on Twitter, the furious campaigner said: “Police have pulled up in a ban, stolen one of our banners from off the corner of Parliament.

“We went down, despite asking them for the banner back, they put it in the back of the van and drove off with it.

“Police state or what.”

In a further tweet, Mr Bray shared a picture of the banner which reads: “Self-serving liars are destroying our nation.”