Mr Ferrari challenged Tory MP Victoria Atkins as he noted the British economy is worse off than other countries in Europe. The radio host claimed that Rishi Sunak’s stewardship had not been that good so far, as he was Chancellor of the Exchequer a few weeks ago. Ms Atikins hit back at the claims, discussing how well she believed the now-leadership candidate had handled the pandemic, as he created the furlough scheme and saved many jobs. The new Prime Minister will be announced in less than a week, and whichever Conservative candidate wins will be tasked with tackling the rising levels of inflation in the British economy, as it is a top priority.

Mr Ferrari said: “Given that Mr Sunak was Chancellor recently as in a few weeks ago, his stewardship hasn’t been that good so far, because we’ve landed where we are.

“Considerably worse than some of our European friends.”

Ms Atkins told LBC: “I don’t think that is fair, and I think if we come out and we look at his actions…”

Ms Atkins said: “I appreciate that, but if we look at what Rishi did to support the economy during the pandemic, you know we had 11.6 million jobs safeguarded through the furlough scheme.

“He helped 1.1m businesses stay afloat, I know my own constituency…

JUST IN: China and Russia send ominous threat as 50,000 troops to amass IN HOURS 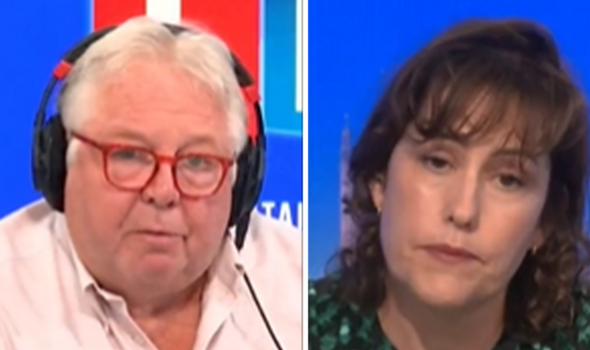 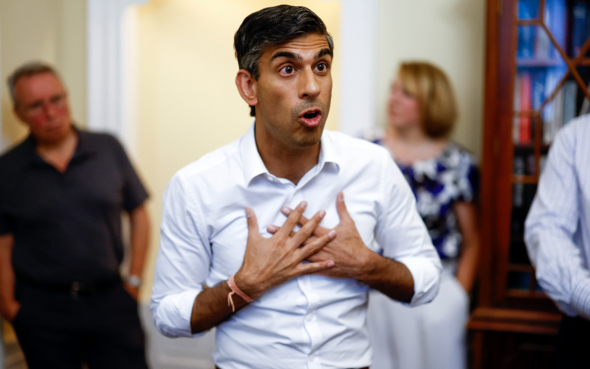 Ms Atkins added: “That small business grants which were pockets of money that we gave to the smallest businesses enabled them to keep their heads above water during an incredibly difficult time in the pandemic.

“And it is precisely that experience of setting up a radical new directed support scheme that I think really gives credibility to Rishi’s experience and to his bid to be our next Prime Minister.

“And let’s not forget inflation is going to be the defining feature of the next Government, and this is precisely why Rishi has said his number one priority on entering Number 10 is to tackle inflation.

“Because from inflation, a high rate of inflation everything else flows, the value of people’s wages and how far their wages are going in terms of buying food from the supermarket.

“Buying their children’s clothes and so on, so it all flows from that, and that’s why tackling inflation is so critical.”

Rishi Sunak 'should accept it's all over' says Kay Burley

Britons have been calling for the next Prime Minister to implement tangible plans to tackle the cost of living crisis.

Both leadership candidates Rishi Sunak and Liz Truss have been slammed for not doing more during the leadership contest to tackle rising inflation.

The economic crisis in the UK is predicted to worsen and the British Government has been accused by members of the public of not acting fast enough to stop the most vulnerable from falling into poverty, over the incoming winter months. 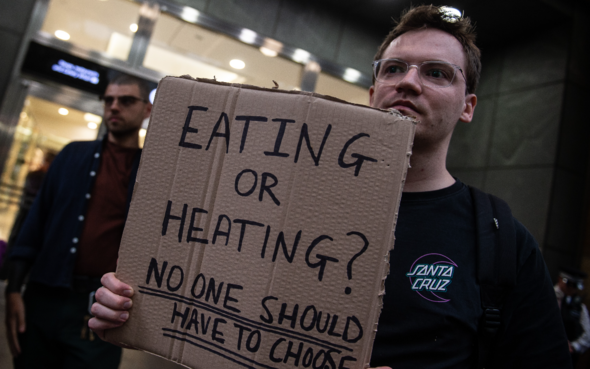 Writing for the Daily Express, Ms Milling said: “As the campaign has progressed I have seen red flags that have made me concerned about one candidate’s ability to unite the party, at a time when our country needs it most.

“Having worked with Rishi Sunak, seeing the work he did with Boris Johnson to get the country through the pandemic, I have no doubt about his talent and abilities.

“But since the contest went to the party membership his cries that Liz Truss’s plans for tax cuts are “immoral” only for him to announce plans for tax cuts days later, along with numerous other flip flops and a nasty undertone from his backers has left me with no doubt the party is not ready for Rishi.