French fishing vessels gathered near the port of St Helier this morning in protest against a new post-Brexit licensing system implemented last week. Mr Gallois took to Twitter to blame Brussels for the row, which has seen Britain deploy two Royal Navy ships to the Channel Island.

The Frexit campaigner insisted France could have struck a better deal with the UK on fishing if it was not part of the bloc.

Mr Gallois tweeted: “When you give your sovereignty to the EU it has exclusive jurisdiction over fisheries, so it negotiated the Brexit agreement on its own.

“A free and independent France could have negotiated a good deal with the UK on fisheries. 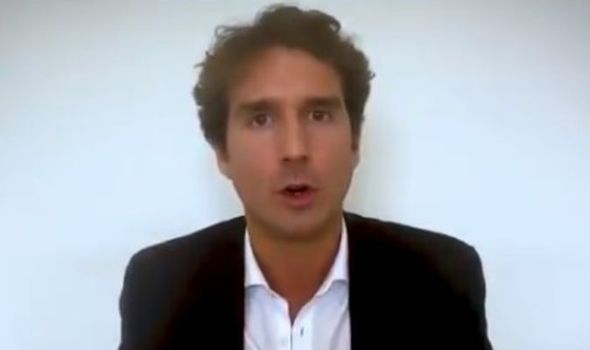 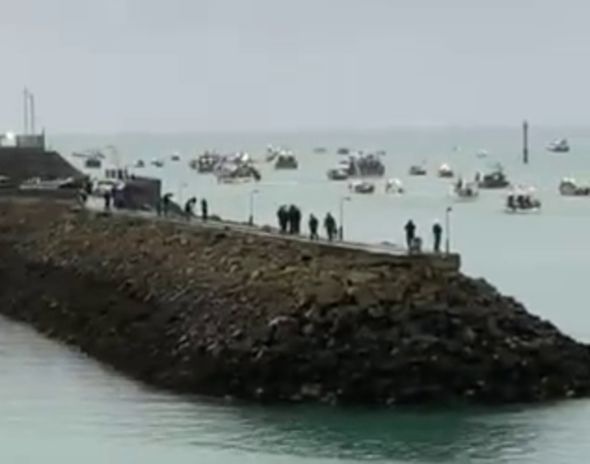 The row erupted after Jersey implemented new requirements under the terms of the post-Brexit trade deal for boats to submit evidence of their past fishing activities to receive a licence to carry on operating in the island’s waters.

French fishing boats gathered near the harbour on Thursday morning in protest, with some crews setting off flares.

Jersey fisherman Josh Dearing described the scene at the port as “like an invasion”.

He said the French fleet was mostly made up of “big French dredgers and trawlers” of 12 metres or more. 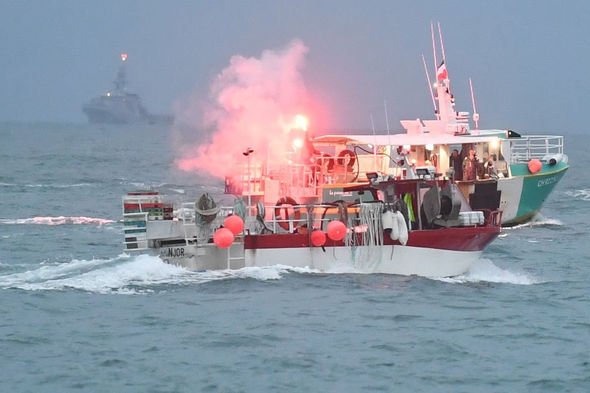 Mr Dearing said: “There were probably about 60 boats.

“There were a few hand-held flares and smoke flares going off and apparently a few maybe bangers and stuff going off from the French.

“It was quite a sight. It was impressive, I looked from the shore this morning and it was just like a sea of red lights and flares already going off at sea. It was like an invasion.” 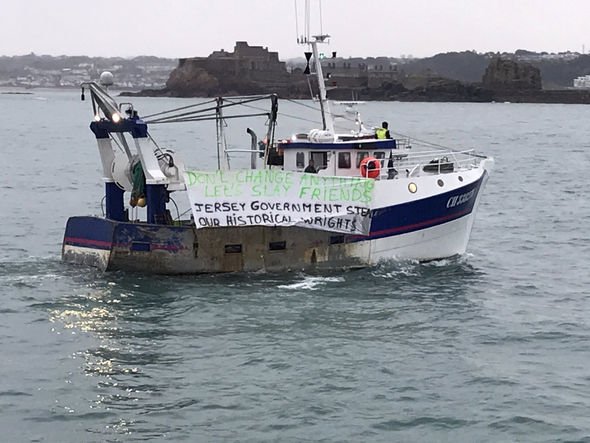 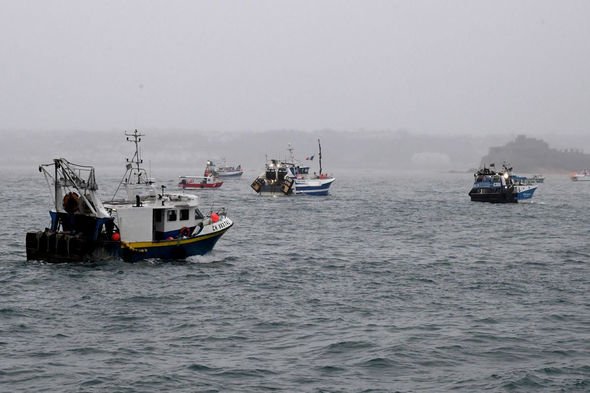 French maritime minister Annick Girardin warned on Tuesday that the country is ready to take “retaliatory measures” and accused Jersey of dragging its feet over issuing new licences to French boats.

And France warned it could cut off power to Jersey, which relies on the country for 95 percent of its electricity.

HMS Severn and HMS Tamar have been deployed by the UK Government to “monitor the situation” amid fears of a blockade.

Don Thompson, president of the Jersey Fishermen’s Association, said his members have warned they are prepared to ditch their fishing licences if the French win their demands.

He told Good Morning Britain: “We’ve already told our minister – our licences, some of our fishermen have paid a quarter of a million pounds for our licences – we’re going to get rid of our licences and fish without licences.

“We just will not put up with those (French) boats being left to fish uncontrolled, unsustainably, in our waters whilst we’re subject to all sorts of constraints.”