House of Lords is an 'indulgence' for political class says expert

The YouGov poll on democracy and British parliamentarianism found 47 percent of voters thought Peers should have less influence on political decisions while just five percent said they should be given greater powers. Some 49 percent said they thought the House of Lords worked badly while 31 percent said it worked well.

The results were published on the day peers inflicted another defeat on the Government over its plans to give Parliament a bigger say in the approval of post-Brexit trade agreements.

Peers backed by 308 votes to 261, majority 47, a cross-party amendment to the Trade Bill calling for greater accountability and transparency of any future deals.

Ministers say the legislation will enable the UK to forge new commercial ties with other countries after breaking from the EU but members of the Lords insist negotiating objectives should be put before Parliament and approved by MPs and peers before talks on potential trade agreements start.

The House of Lords has previously voted against Boris Johnson’s Internal Market Bill which ministers admitted would break international law. 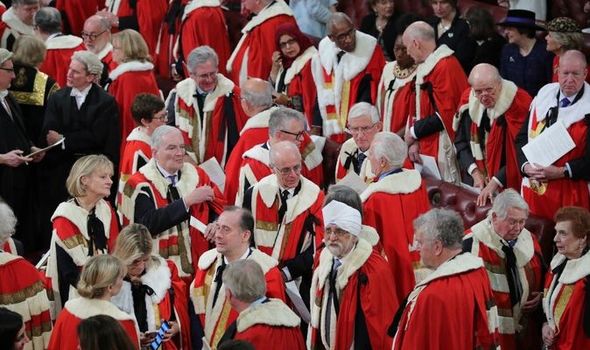 Commenting on the survey, YouGov research manager Milan Dinic said: “The greatest dissatisfaction is with the House of Lords and government advisors.

“Nearly half would like to see the upper house have less influence (47 percent), and over four in ten (43 percent) think the power of Government advisors should be reduced.

“This is perhaps not so surprising given long-standing calls for reform of the House of Lords as well as the recent negative publicity about the PM’s advisor Dominic Cummings when he broke the lockdown rules in May this year.”

The results will be seen as a blow to the House of Lords which is facing renewed demands for reform from senior MPs.

Veteran Tory Sir Edward Leigh branded the size of the upper chamber “ridiculous” when he wrote to the Prime Minister calling for change. 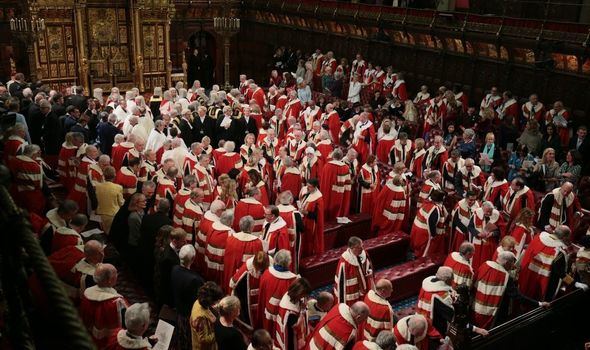 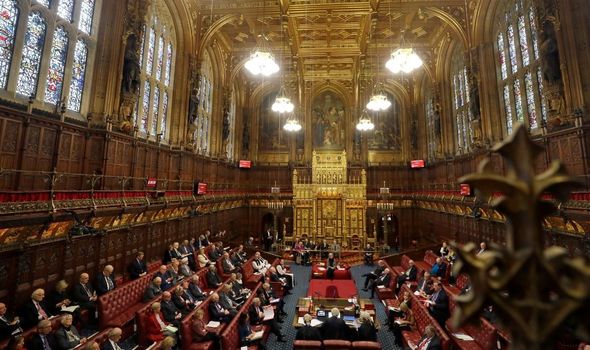 The MP for Gainsborough urged Mr Johnson cut the “bloated” capacity of the Lords “roughly in line with the House of Commons”.

There are currently around 800 members of the House of Lords – surpassing the 650 MPs elected into the Commons.

Under Sir Edward’s proposal, the size of the House of Lords would be reduced by roughly a quarter.

As a result, peers of every political grouping would elect a proportional number from their groups to sit in the chamber.

Peers elected to represent would then sit for life until a compulsory retirement age.

Despite his calls for change, Sir Edward insisted the House of Lords still had a pivotal role to play and described the chamber as an “extremely useful aspect of our constitution”.

In his letter to Downing Street, he said: “The peers are the best judge of the worth of their fellow members.

“They know who pulls his or her weight and who is a shirker.

“The advantage of this plan is that it reduces the size of the Lords without any allegations of gerrymandering by the Government.

“The genius of the British constitution is its ability to bend instead of break and, like non-invasive surgery, this proposal achieves desired ends without destroying our tradition or challenging the supremacy of the Commons.”

The unelected House of Lords operates independently from the House of Commons and plays a pivotal role in scrutinising legislation and challenging the Government. 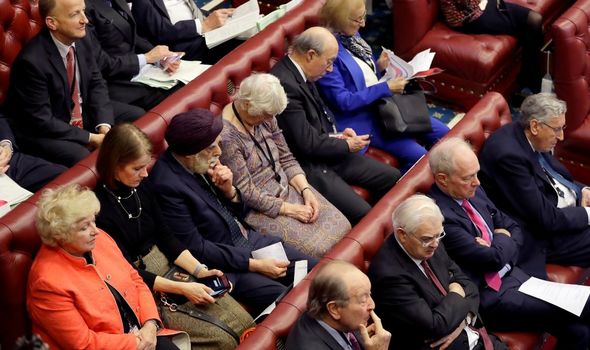 Earlier this summer, the Prime Minister created more than 30 new life peers to the Lords – the biggest increase in more than two decades.

Downing Street insisted it remained committed to reducing the size of the chamber, after previously agreeing to a plan put forward by Theresa May to reduce it down to around 600 members.

The last major attempt to reform the House of Lords took place in the coalition Government.

A draft bill Reform was published in May 2011 by the then deputy prime minister and former Liberal Democrat leader Nick Clegg.

The bill outlined plans for a House of Lords made up of 300 members but the Government announced it was dropping the Bill in September 2012.