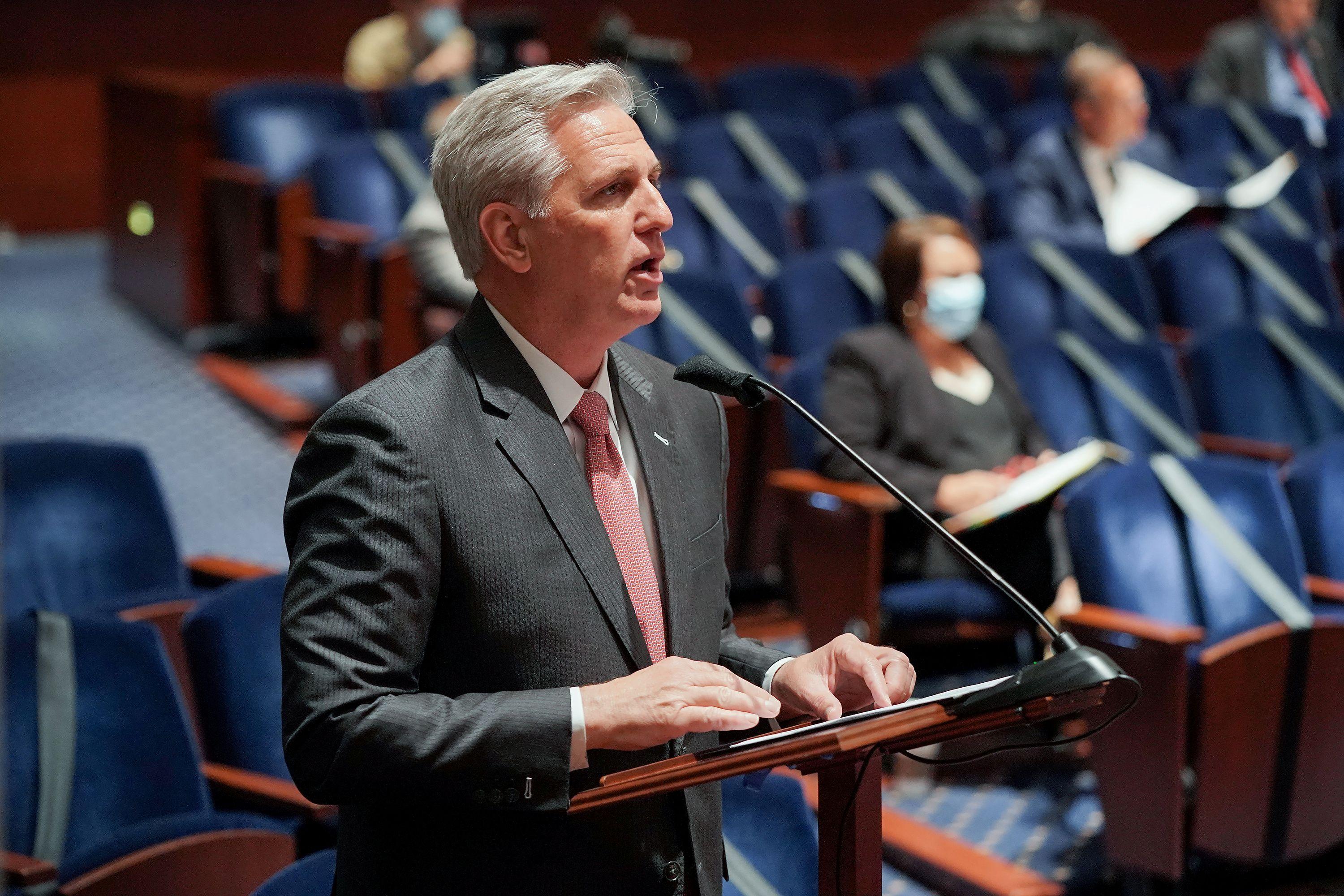 WASHINGTON (Reuters) – The Republican leader in the U.S. House of Representatives introduced legislation on Thursday that would cut federal aid to state and local governments if they do not protect statues, after protesters attacked monuments to people who owned slaves or fought for the Confederacy.

“It is wrong to erase our history,” House Minority Leader Kevin McCarthy said in a statement, criticizing “left-wing mobs” who have attacked statues across the United States.

Under his bill, introduced with fellow Republican Representatives Jim Jordan and Sam Graves, some federal funds would be withheld if local governments do not “restore order or arrest rioters.”

During national – and international – protests against racial injustice sparked by the killing of George Floyd in Minneapolis in May some demonstrators have taken down or vandalized statues of historical figures such as Robert E. Lee, who led Confederate troops against the United States, and Christopher Columbus.

Republican President Donald Trump, who is campaigning for re-election in November, has harshly criticized such protesters, and criticized U.S. lawmakers who want to remove monuments to those who owned slaves and fought against U.S. forces in the 1860s Civil War.

Trump has threatened decades-long prison terms for those who deface monuments or statues.

McCarthy introduced his bill as Democrats pushed legislation to remove monuments to slave owners and those who supported slavery from the U.S. Capitol in Washington.

On Thursday, Democratic House Speaker Nancy Pelosi said she expected the House would pass such legislation next week or the week after.