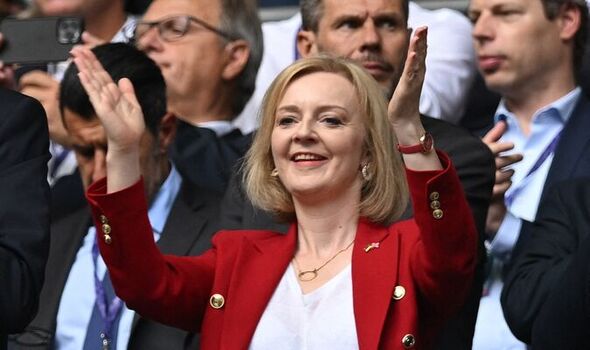 The Foreign Secretary insists it is still a “very, very close race” despite many polls now showing her well ahead of her rival. Even Mr Sunak has acknowledged he is “playing catch-up” after Brandon Lewis and Tom Tugendhat signalled they were weighing in behind Ms Truss.

The ex-Chancellor faces an uphill battle to woo Conservative Party members with ballots starting to land on their doorsteps this week.

Both contenders are continuing to flit across the country to meet voters, with Mr Sunak unveiling a policy blitz to revive his flagging campaign.

This includes setting out his tax plans, slashing the number of shuttered shops on Britain’s high streets, allowing tougher punishment for graffiti and littering, and expanding police powers to tackle anti-social behaviour.

Mr Sunak has also revealed he would levy a £10 fine for patients who miss GP and hospital appointments as part of a “transformative” overhaul of the NHS.

It comes as a BMG Research poll of party faithful was the latest to put Ms Truss ahead of Mr Sunak with a double-digit lead, a survey of Tory councillors saw the two contenders nearly neck-and-neck.

Ms Truss was on 31 percent and Mr Sunak on 28 percent among 511 local Conservative politicians polled by Savanta ComRes.