Foibles of politically appointed US ambassadors lacking diplomatic experience have surfaced in the Trump administration. 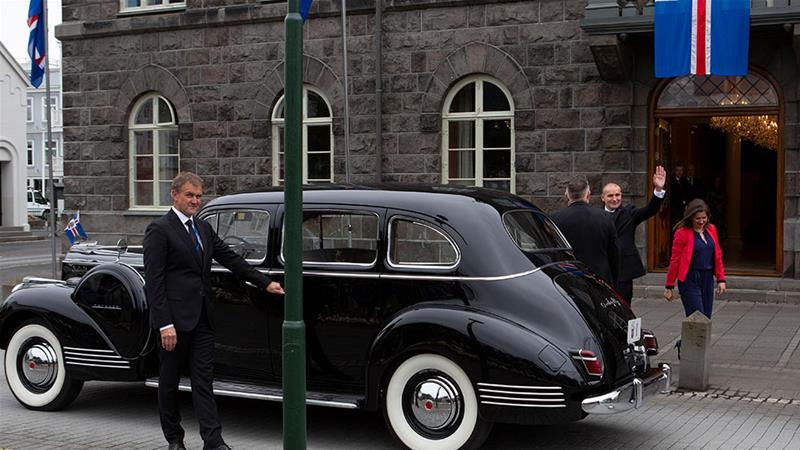 In Iceland, a nation so safe its president runs errands on a bicycle, United States Ambassador Jeffery Ross Gunter has left locals aghast with his request to hire armed bodyguards.

Not particularly diplomatic? Well, Gunter is hardly a diplomat by training. He is a dermatologist. But he is also a contributor to Trump’s campaign, and that landed him the post in Reykjavik.

Gunter’s actions, and those of other politically connected US ambassadors, highlight the risks that come with the peculiarly American institution of handing coveted diplomatic postings to campaign donors and presidential friends who have few other qualifications. The practice has increased under Trump.

“America is an extreme outlier in sending inexperienced and unqualified ambassadors,” said Barbara Stephenson, a former career foreign service officer, ambassador to Panama and ex-president of the American Foreign Service Association, the union that represents US diplomats.

Presidential political supporters can make fine diplomats, and many have. A personal relationship with the president and understanding of his agenda can be an advantage. And those clearly unfit are expected to be weeded out through the Senate confirmation process. But still, some arrive in their embassies lacking the ability to sidestep controversy.

In the United Kingdom, Ambassador Robert “Woody” Johnson faces accusations he tried to steer golf’s British Open towards a Trump resort in Scotland and made racist and sexist comments. 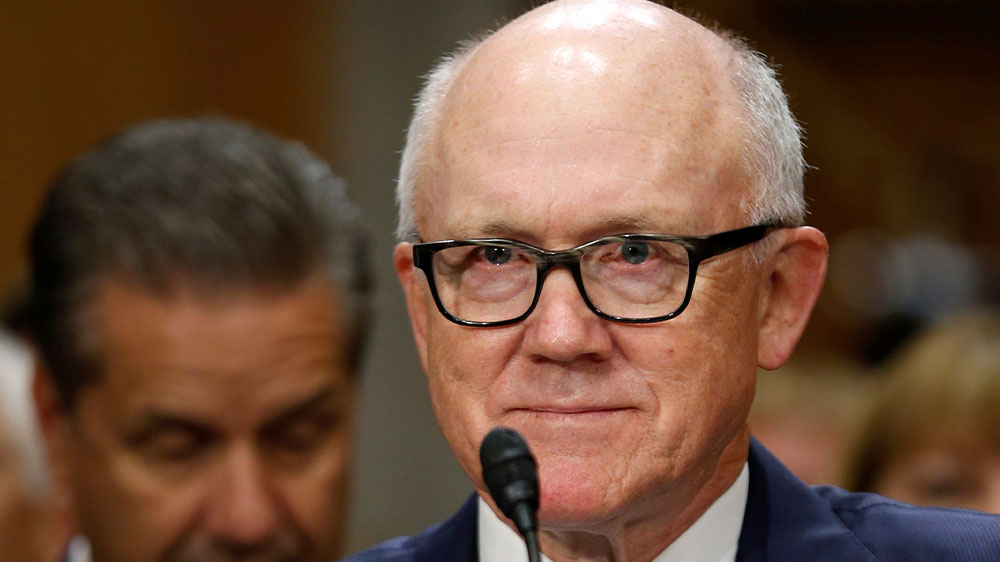 In the Netherlands last week, Ambassador Peter Hoekstra, a former congressman, posted a photograph of himself visiting a cemetery for German soldiers killed during the two world wars, including Nazi troops who occupied the country. Other ambassadors are running roughshod over their more experienced but less senior diplomatic staff.

Gunter, the ambassador in Iceland, has run through at least seven deputies since taking over, although the State Department says four of them had been assigned to Reykjavik for only 30-day tours.

But what really raised eyebrows in Iceland was the embassy’s advertisement looking for armed bodyguards. That was striking in a country that for 13 consecutive years has been deemed the most peaceful country in the world, according to the Global Peace Index, published by the Institute for Economics & Peace. 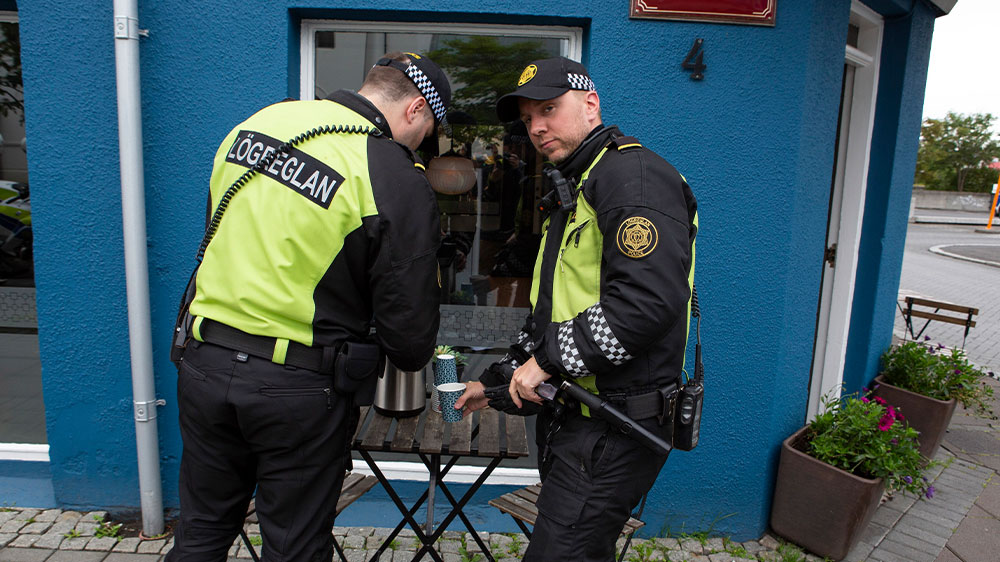 “We are still weighing the request and assessing the level of potential threat for foreign embassies in Iceland,” she said. The State Department declined to comment.

Days after the bodyguard advertisement appeared, Gunter caused another stir, and condemnation from members of Parliament, for a post on Twitter: “We are United to defeat the Invisible China Virus!”

The message included a symbol of the Icelandic flag, which critics found implicated the country in calling the disease “the China virus” – a term used by Trump to deflect blame for the coronavirus on China as his handling of the pandemic has been criticised.

Gunter deleted the tweet, but it was captured by Xinhua News.

Gunter has downplayed the friction. “Our focus at US Embassy Reykjavík remains where it has always been – on strengthening the US-Icelandic bilateral relationship which brings so much benefit to both our great nations,” he said. “I am honoured to be leading our team during this successful period of US-Icelandic appreciation and respect.”

The foibles of ambassadors lacking diplomatic experience have surfaced in administrations of both political parties and have long confounded efforts at reform. Yet, they are attracting greater attention in the Trump era as the percentage of politically connected ambassadors, which normally hovers around 30 percent, has soared to 42 percent, the highest level since the mid-1970s.

“All nominees for the position of ambassador should be qualified for the job, and the number of political appointments should not exceed historical norms,” said Eric Rubin, the current president of the foreign service association.

The Republican administration has defended its ambassadorial choices and pointed to a backlog in Senate confirmations as a reason for the high percentage of non-career envoys. Secretary of State Mike Pompeo has criticised Democrats for delays in confirming nominees, including career diplomats.

Some political appointees have been accused of more than being undiplomatic. In the UK, Johnson’s actions regarding the golf tournament have raised questions of whether he violated federal ethics rules. There have been allegations he made racist and sexist comments to which embassy staffers took offence.

Johnson, owner of the NFL’s New York Jets, has denied any misconduct. He has told associates he is “mystified” by the complaints of inappropriate behaviour, which included the summary dismissal of his highly regarded number 2 for making favourable references to former President Barack Obama in speeches, according to current and former officials. 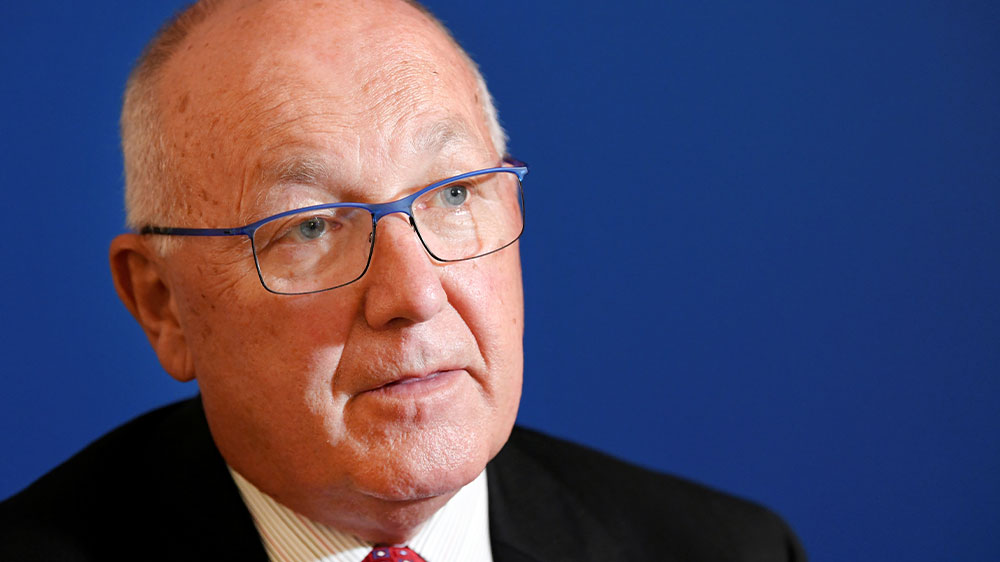 Searing mistrust of the State Department and its career diplomats by Trump appointees has been a cause of many internal embassy clashes. Trump and his top aides have rejected the long-standing, bipartisan foreign policy of his predecessors, and they criticise foreign service staff as being part of the entrenched “deep state”.

The result is the dismissal of veteran career diplomats – the officials normally seen as valuable resources for first-time ambassadors who have had only cursory diplomatic training.

The ambassador to France, wealthy Trump donor Jamie McCourt, has gone through at least two deputy chiefs of mission, complaining about their lack of loyalty, while the ambassador to the United Nations, Kelly Craft, removed at least one and clashed with her career staff while she was Trump’s envoy to Canada.

Similar shakeups have occurred in embassies in Germany and South Africa, current and former officials say.

All too often the administration has “smeared them as radical bureaucrats and deep state” agents and shown a “complete and utter disdain for their expertise”, said Menendez, a vocal critic of Trump. “These unwarranted attacks are corrosive to our diplomacy and damaging to our democracy.”